These Moths Are the First Nocturnal Insect With A Magnetic Compass

This Bogong moth is ready for its close-up. (Credit: Ajay Narendra)

What if you had to find your way through hundreds of miles of unknown territory with only your eyes and a simple compass to guide you? Thatâ€™s what the Australian Bogong moth does in its annual migration, flying over 600 miles (roughly 30 million times its body length) to seek a haven from summer heat in the cool caves of the Australian Alps.

An international team of researchers announced in the journal Current Biology that Bogong moths rely on a magnetic sense as well as vision to steer its flight path. This makes them the first nocturnal insect we know of that can sense the Earthâ€™s magnetic field â€” and maybe use it to guide their seasonal odyssey, joining a sophisticated club of birds, sea turtles, and fish.

Several moth varieties fly long distances during their migrations, but Bogong moths are the only insect other than Monarch butterflies who travel from a broad geographical area to gather in a specific spot. For the flashy Monarchs, thatâ€™s a warm winter getaway in Mexico called the Monarch Butterfly Biosphere Reserve, a UNESCO World Heritage Site and popular tourist destination. For the humble Bogongs, itâ€™s a summer home in a remote set of caves in the Australian Alps.

â€œThis particular species is interesting because we know exactly where theyâ€™re going,â€� says David Dreyer, a research fellow at the University of Lund, Sweden with expertise in neuroethology â€” the study of animal brains and behavior. He and Eric Warrant, a professor and neuroethologist also at the University of Lund, conducted much of the study.

Knowing the mothsâ€™ migration direction was key to the experimental design. When Dreyer and the team captured moths along their migration routes, they could be sure of which way the moths were headed â€” south toward the Australian Alps in the spring, north in the fall. If the moths were using a magnetic sense to navigate, captured moths in an artificial setup might similarly prefer to fly toward magnetic south or north poles, depending on when they were caught. 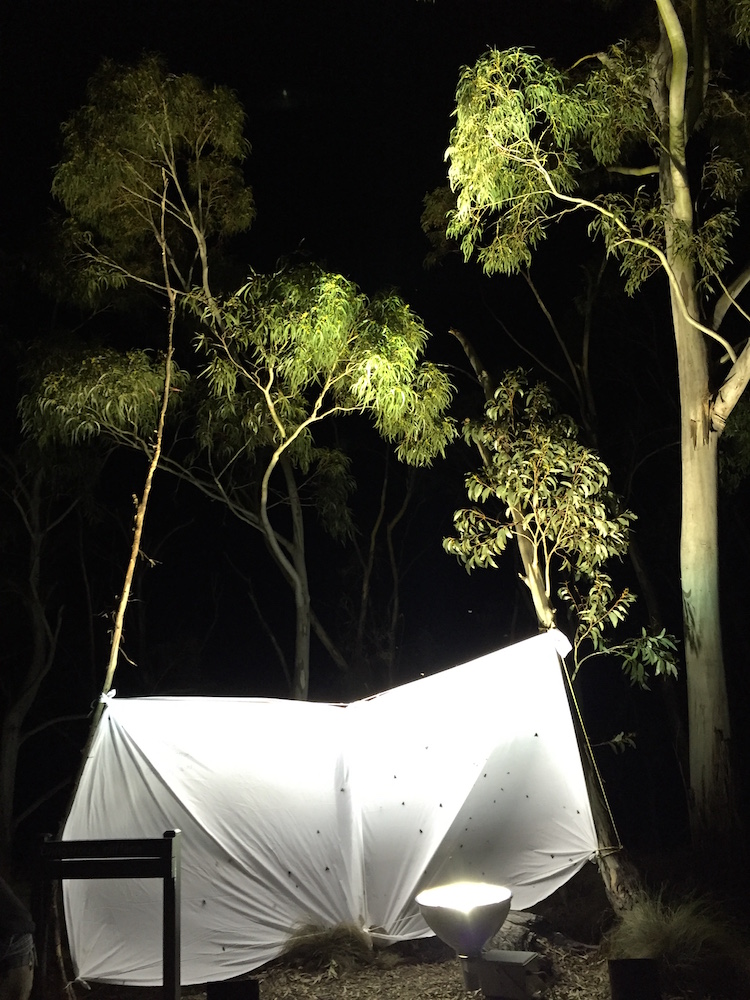 A Flight Simulator for Moths

The researchers tested the moths in a specialized flight simulator their colleagues had invented to study the migration of Monarch butterflies. They attached moths to long shafts that let them turn in any horizontal direction and which constantly logged the mothsâ€™ flight direction. Around each moth they placed a cylindrical plastic barrier, bare except for a few simple shapes as visual landmarks, and a magnetic coil that mimicked the Earthâ€™s magnetic field.

Finally, to actually get the moths to cooperate and fly in this artificial setup, the researchers projected satellite images of the surrounding countryside onto a surface below the moth, following the direction of movement and simulating a natural moving landscape.

As a follow-up experiment, Dreyer and Warrant are working on a study to measure electrical signals in the brains of Bogong moths near changing magnetic fields. If they can detect changes in the mothsâ€™ brain signals, theyâ€™ll be close to finding where their magnetic sensors are located.

One surprise, though, was that changing the magnetic fields didnâ€™t confuse the moths right away. It was usually â€œa couple of minutes before the moths seem to realize that something has gone horribly wrong,â€� Warrant says.

To the researchers, this suggests that the moths may navigate primarily with visual cues and that they use their magnetic sense to check that theyâ€™re on track once in a while. Warrant says, â€œItâ€™s almost like they put their compass back in their pocket, if you like, and check the field only every couple of minutes.â€�

Maybe the moths navigate like many of us do in when weâ€™re in somewhat familiar territory. Youâ€™re pretty sure you know how to find your way, but you sneak a look at Google Maps on your phone sometimes, just in case.