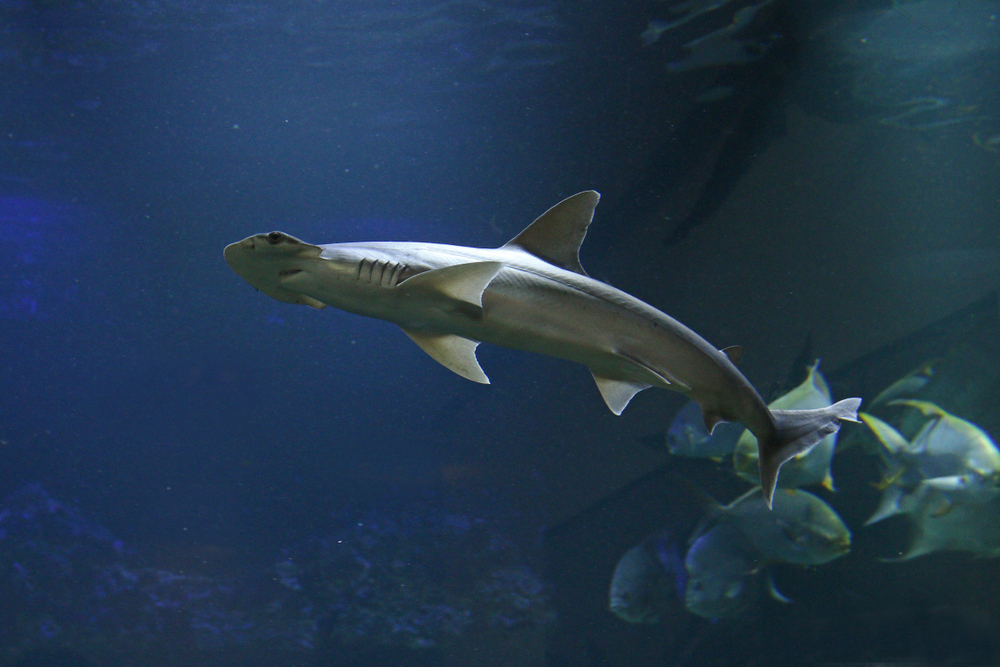 Sharks are infamous meat-eaters. The ocean’s buffet of fish, crabs, mussels, shrimp and krill fill the legendary predators’ stomachs and give them sustenance. Now researchers have discovered that one particular species, bonnethead sharks, also dine on seagrass to meet their nutritional needs. The discovery means bonnethead sharks are not carnivores but omnivores — a distinction that changes how the coastal swimmers influence the fragile ecosystems they call home.

Bonnethead sharks live in seagrass meadows, ecosystems that border the world’s shorelines. The meadows help control erosion and act as carbon dioxide sinks, but they also support the world’s fisheries by providing habitat and serving as protected nurseries for thousands of fish and marine invertebrates. Bonnetheads abound in these seagrass meadows where they can devour crustaceans and mollusks. Back in 2007 scientists discovered the sharks also feast on seagrass. Despite the fact that the vegetarian fare made up more than half the sharks’ stomach contents, researchers assumed it’d gotten there by chance. They thought the sharks must have picked up some grass as it nabbed a meaty crab.

Fish Are Friends, And Also Food

Samantha Leigh, a graduate student and ecologist at the University of California, Irvine, who led the new research, wasn’t satisfied. She wanted to find out if the sharks could actually digest the grass. So, she put captive bonnethead sharks on a mostly vegetarian diet of seagrass and squid for three weeks. She tagged the seagrass with a marker she could track as the fish consumed the plant material, digested and excreted it.

Although she started the project suspecting she’d be proving the assumptions right, Leigh found instead that the sharks digested about half the seagrass they consumed. “That’s on par with herbivorous fish,” said Leigh. It’s also better than pandas are able to digest bamboo.

The sharks also absorbed nutrients from the seagrass and even gained weight on the diet, Leigh and team report today in the journal Proceedings of the Royal Society B. Plus, enzymes capable of chewing up cellulose, a fundamental component of plants that make them hard to digest, were hard at work in the sharks’ guts.

That means these coastal sharks once thought to be solely meat-eaters are actually omnivorous and the only known shark species to eat plants. That distinction changes things for ecosystem managers since omnivorous fish are food web stabilizers.

“[Bonnethead sharks] aren’t top predators that control the whole system or grazers that only eat grass,” said Leigh. “If we considered them carnivores, then their role in that system would be entirely different.”

Since fishing industries rely on seagrass meadow ecosystems for economic value, “making sure we understand the whole seagrass system as it works together will help us conserve those systems,” she said.