The Smallest Star Known to Humankind 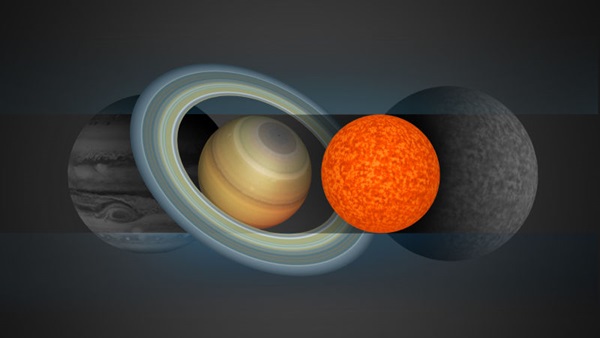 A team of astronomers at the University of Cambridge was on the lookout for new exoplanets when they came across an exciting accidental discovery: They found the smallest star measured to this day.

This tiny new star, which is being called EBLM J0555-57Ab, is about 600 light-years from Earth, and has a comparable mass (85 Jupiter masses) to the estimated mass of TRAPPIST-1. The newly discovered star, though, has a radius about 30 percent smaller. Like TRAPPIST-1, EBLM J0555-57Ab is likely an ultracool M-dwarf star.

The team used data from an experiment called WASP (the Wide Angle Search for Planets), which is typically used in the search for planets rather than stars, to look for new exoplanets. During their studies, they noticed a consistent dimming of EBLM J0555-57Ab’s parent star, which signified an object in orbit. Through further research to measure the mass of any orbiting companions, they discovered the object they’d detected was too massive to be a planet — it was instead a tiny star.

Though EBLM J0555-57Ab is incredibly small, it still has enough mass for hydrogen fusion, which powers the Sun and makes it Earth’s energy source. Just barely bigger than Saturn, the star has a gravitational pull 300 times stronger than Earth’s. If the star was just a bit smaller (about 83 Jupiter masses), there wouldn’t be enough pressure in its center for the process to occur, and it would instead have formed as a brown dwarf, rather than a true star.

The team plans to use this newly discovered star to better understand planets orbiting stars. Details of this discovery will be published in the Astronomy & Astrophysics journal.