The Milky Way Just Got Larger 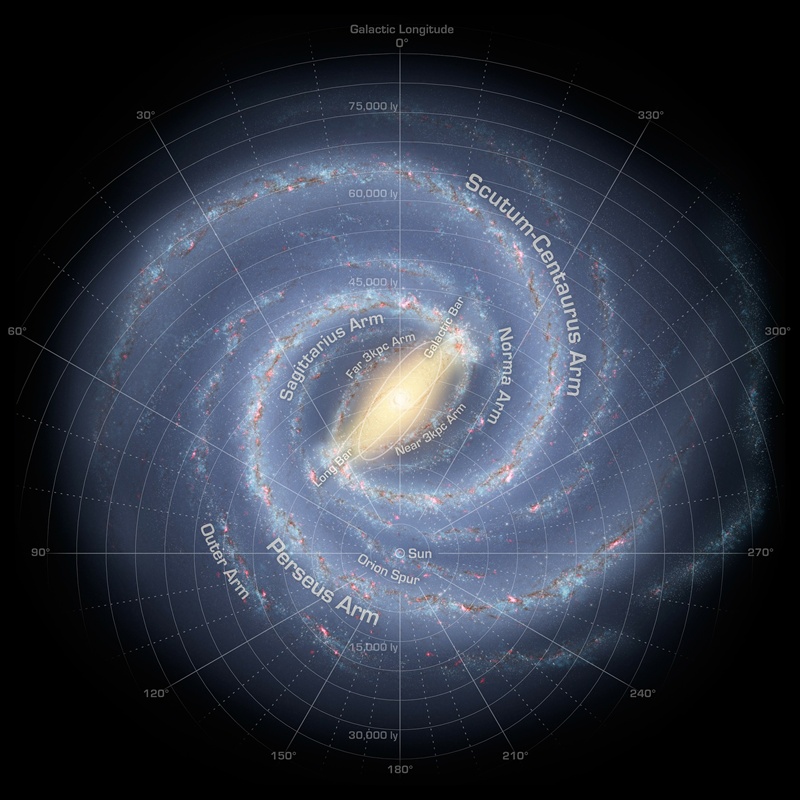 An annotated map showing the Milky Wayâ€™s structure, based on measurements to distant stars and other objects. (Credit: NASA)

Despite residing in it, itâ€™s hard for us to know exactly how big the Milky Way is. But new research has found that our galaxy is bigger than previously thought. Using a large survey of stars instead of just models (as previous researchers did), astronomers have now determined the disk of our galaxy to be 200,000 light-years across â€” twice as large as was believed a decade ago.

Astronomers know the Milky Way to be a spiral galaxy with a flat central disk composed of spiraling arms and a sparse outer cloud of stars called the halo. Most of the stars are found in the disk, which rapidly thins out at the edges. The size of the galaxy is measured from the point at which the number of stars in the disk significantly drops, so finding disk stars is key to determining the Milky Wayâ€™s size.

Fortuitously, disk stars tend to be much younger than the halo stars. Since stars gradually build up elements over generations, the disk starsâ€™ composition can be differentiated from the halo stars, allowing astronomers to figure out which stars belong to which population.

With a process known as spectroscopy, researchers from the Instituto de AstrofÃ­sica de Canarias and at the National Astronomical Observatories of Beijing studied the chemical composition of over 4,600 stars from two surveys, APOGEE and LAMOST, and mapped out which stars are part of the disk and which belong to the halo. The results, published May 7 in the journal Astronomy and Astrophysics, clearly show disk stars much farther from center of the galaxy than before.

â€œCertainly, one would expect the existence of stars at very far distances from the galactic center, as part of the halo,â€� says MartÃ­n LÃ³pez Corredoira, lead author on the paper and researcher at Instituto de AstrofÃ­sica de Canaria. â€œBut, as far as we know, nobody could previously say that stars [farther than 81,000 light-years] are confirmed spectroscopically to belong to the disk.â€� 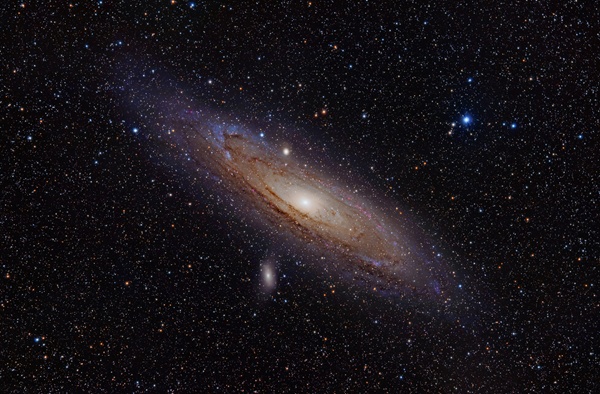 The researchers still believe the density of stars at the edge tapers off in an exponential manner â€” just farther away than previously thought. Although its diameter has been supersized, the Milky Way is still smaller than its neighbor Andromeda, which measures over 220,000 light-years across.

While our galaxy is looking larger, itâ€™s not putting on much weight. Because the outer reaches are much less dense than the center of the galaxy, the additional area is only sparsely populated with stars. These few extra stars are only a drop in the bucket compared to the rest of the galaxy, so overall the mass of the Milky Way remains largely unchanged.

You can find out more about our home galaxy and find out how you can own the most accurate representation available to date at Our Milky Way.