The Microlaunch Space Race Has Begun 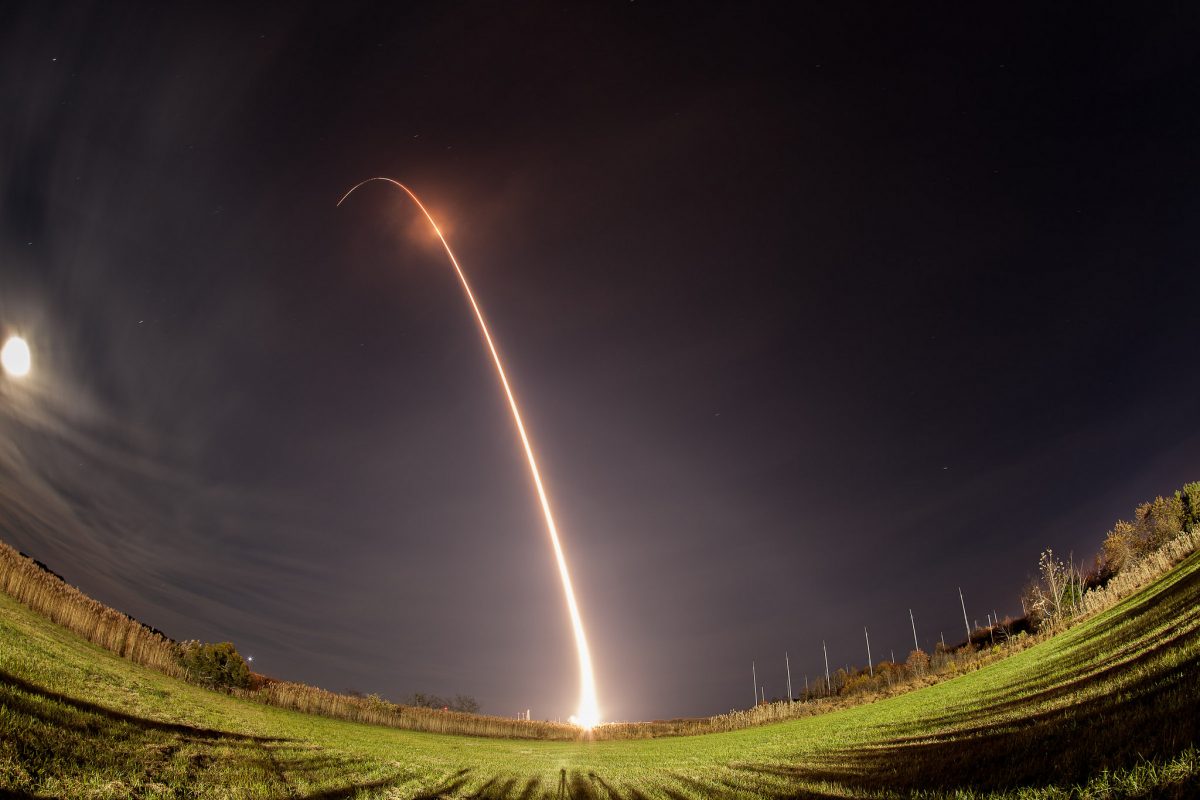 In the vastness of space, unfathomable size is generally the norm. But when Jordi Puig-Suari, an aerospace engineering professor, began looking at the stars, he started thinking small. Together with Bob Twiggs, a professor at Stanford University, they developed the CubeSat, a tissue box-sized satellite that has intensified interest in space and revolutionized satellite communication.

When Puig-Suari worked at California Polytechnic State University in 1999, he was unimpressed with the typical size of satellites — “kind of overkill,” as he puts it. Satellites of the day could often be larger than a grand piano, and weighed thousands of pounds. So, he helped blueprint a spacecraft measuring 10 centimeters on each side and weighing less than 1.33 kilograms (2.93 pounds.) That’s about the size and mass of a human brain. At first, the only goal with this device was to train students how to build satellites, which are historically expensive to assemble, let alone launch.

Unexpectedly, the CubeSat was a runaway success, leading to what some are now calling the “microlaunch space race.” Today, nearly two thousand miniature spacecraft have been hurled into Earth’s orbit, with hundreds more on the way. Dozens of tech startups have gotten into the tiny satellite game, while established zero gravity companies like Rocket Lab, Boeing, SpaceX, and numerous universities and military branches regularly make use of these so-called nanosats. 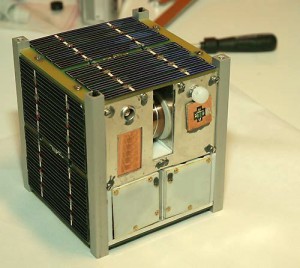 NASA recently chose two Cubesats as part of its InSight Mars lander mission, where they’ll function as a communications relay. The CubeSat design is now standard across dozens of company prototypes, and even elementary schools have built CubeSats. They’re useful not only for observing the atmosphere and monitoring Earth, but also help us study everything from the effects of radiation on electronics to plasma bubbles near Earth’s geomagnetic equator.

The whole thing has left Puig-Suari somewhat shocked. “We have to pinch ourselves sometimes,” he says. “We’re very proud. All the new players that have been able to get into space and fly satellites are creating new companies in places that never considered themselves in a position to play in the space market.”

It’s coming at the same time as a surge in investment in the space industry writ large. According to the most recent report from Space Investment Quarterly, nearly $1 billion was invested in space startups — including 290 satellite companies — in the first quarter of 2018 alone. That’s part of $14.8 billion invested in space corporations since 2009. There’s a lot of money to be made in this rapidly expanding industry — if you can get off the ground.

Getting to Space, Cheaply

Since Sputnik 1 launched in 1957, 8650 satellites of all sizes have been put into space. By now, most have fried up in the atmosphere, but some do survive and crash back to Earth. In the past, some have been small as well — Sputnik was about 58 centimeters in diameter.

But it’s taken some time for CubeSats to become trendy. Despite being first designed in 1999, the first CubeSat launch didn’t happen until 2003, when a Russian rocket first ejected around a half dozen units.

There are many ways to get a payload into orbit. The most common is vertical launch, i.e. a rocket on a launch pad pointing skyward. But you can also lift off from beneath a 747 airplane, a technique known as “air launch to orbit.” Virgin Orbit has already tested such a launch strategy, and others plan to adopt it in the next three years. This means you can shoot a rocket into space using a regular airport, instead of an expensive spaceport. 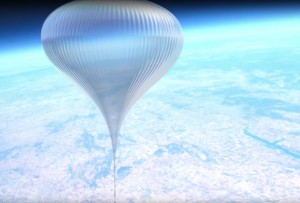 Dialing back the technology load even further, one U.K.-based company, B2Space, wants to get to space using high-altitude weather balloons. The inexpensive balloons can reach 40 kilometers above Earth, and then launch a rocket the rest of the way into low-earth orbit. This schema, called a Rockoon, was first developed in 1949 by James Van Allen, who used the technique to discover how the earth’s atmosphere traps space radiation.

But the Rockoon’s cheap, simple design has recently regained popularity, thanks to tech improvement. B2Space’s model avoids many of the aerodynamic constraints of other methods. The first stage will be completely reusable, which cuts down cost, but it can also be deployed from almost anywhere and doesn’t need to wait for narrow launch windows.

“Because of the nature of the system, it is very easy that we can move around,” says Victor Montero, one of the co-founders of B2Space. “Some applications are just literally not able to be performed because there is no big satellite going to an area.”

B2Space is aiming to launch in 2021, and hopes to further lower costs by adding light payloads such as cremated remains for space burials. Companies like Celestis, a subsidiary of Space Services Inc., which sells dubious star naming services, regularly puts human remains in space, and the practice seems to be becoming more popular. The ashes aren’t actually “spread,” so they don’t contribute to space debris and eventually will fall back to earth and burn up in the atmosphere. You could also put a whole body in space this way, Montero says.

Another idea Montero says B2Space is floating is on-demand shooting stars. Last month, a Japanese company announced development of a satellite that produces artificial meteor showers by shooting tiny balls that glow as they burn up.

“They can position in an area, for example, in a concert or in a festival,” Montero says. “That’s also something out of the normal application that we are seeing in a small satellite.”

When it comes to getting satellites into space, though, designing a rocket or a satellite may be the easy part. It seems few companies have actually done test launches, let alone unveil a workable product.

“It’s a very busy space,” says Chris Larmour, the CEO of Orbex, a British-based private launch services company. “You have to separate out people talking about something and actually having the resources, skills, and experience to do that thing. There’s actually only a small group of companies and people that that have those kind of capabilities and resources to get the job done.”

For its part, Orbex, founded in 2015, appears to be taking the lead in the European microlaunch race. The company secured £30 million ($39.6 million) in funding and will share a soon-to-open spaceport with U.S. aerospace giant Lockheed Martin in northern Scotland. Their maiden launch is slated for 2021. But for many others, reaching space remains a dream.

“The ‘space’ part of it is neat, but is not really what’s important to ensuring a successful business,” John Olds, the CEO of Blink Astro, says in an email. “As in any business, developing customers and sustainable revenue streams are king.”

HaloSat, a new CubeSat mission to study the halo of hot gas surrounding the Milky Way, was released from the International Space Station over Australia on July 13.
(Credits: NanoRacks/NASA)

Olds’ company is based in Atlanta, Georgia and has modeled their BlinkSats on the CubeSat standard. It’s just big enough for a battery, a basic communications payload, and solar panels. As with other tiny satellites, their spacecraft don’t use pyrotechnic propulsion systems and avoid detachable parts, so they won’t create additional space debris.

BlinkSats have yet to make it into orbit (the first demo launch is planned for this fall), but NASA recently  partnered with the manufacturer to build the technology that will make an interplanetary internet possible. It includes spacecraft that can be used for commercial low-earth orbit constellations (groups of satellites working together) and deep space swarms, which would send data far beyond the moon. Flocks of cubesats could even one day surf solar winds to harvest asteroids. But for now, B2Space hopes to better network everyone down on Earth.

The impending ubiquity of the Internet of Things is a major reason why CubeSats stand to become even more popular. But right now, they’re still piggybacking on larger cargo loads. Because they weigh so little, some launch companies, such as Virginia-based TriSept, have started “rideshares” so startups like Blink Astro can focus on building satellites instead of rockets.

CubeSats have even inspired a few rebellious companies to launch things without permission. Last December, the Federal Communications Commission told Silicon Valley–based Swarm Technologies they couldn’t launch their SpaceBEES — four of the tiniest CubeSats ever made at 10 cm x 10 cm x 2.8 cm — because the satellites would be too hard to track. But a month later, the company ignored the FCC’s concerns and secretly launched anyway on an Indian rocket, an act which may set a dangerous precedent for future launches.

Indeed, the applications for CubeSats go far beyond communications and observation applications, especially when multiple swarms of the satellites combine to create floating networks. It’s even a realm for biology: NASA’s GeneSat-1 performed genetic experiments in space while their PharmaSat observed the effects of yeast in microgravity. With many more launches in the pipeline, we’re really just beginning to see the variety of uses for the CubeSat.

“It’s been really nice to see [the CubeSat] democratize space,” Puig-Suari says. “The satellites are no longer the hard part or the important part.”

“It’s a good example of students and universities and risk takers going out there and trying something crazy,” he adds. “A crazy idea becomes a brilliant idea because it worked, but I think we should try crazy ideas more often than we do.”