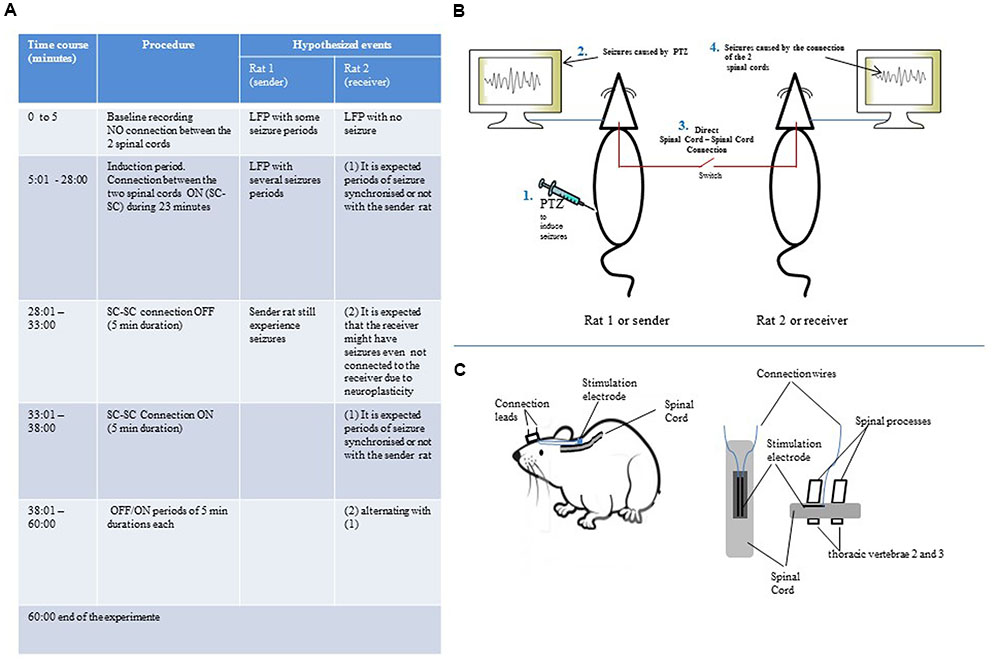 A peculiar new paper proposes the idea of “connecting two spinal cords as a way of sharing information between two brains”. The author is Portuguese psychiatrist Amílcar Silva-dos-Santos and the paper appears in Frontiers in Psychology.

Frontiers are a publisher with a troubled history of publishing dubious science. But this paper is unusual, even by Frontiers’ standards, because it contains virtually no science at all.

In a nutshell, Silva-Dos-Santos suggests that it would be interesting to wire together the spinal cords of two rats. He offers little detail as to how this surgery would be carried out, and his description as to the likely results of the procedure is pure science fiction.

Silva-dos-Santos states that after “connecting” two rats, injecting one rat with a drug that triggers seizures (PTZ) would cause the other rat to experience seizures as well, because “electrical information that codifies the seizures” would somehow transferred to the second rat’s brain.

But there’s no reason to think this would happen. What would happen would depend on where the stimulating electrodes were placed in the second rat’s spinal cord. If the stimulation was applied to the motor tracts, then the second rat might, I suppose, appear to have a seizure, as its muscles would effectively be receiving random inputs. But its brain would not show seizure-related activity. If the stimulation targeted the spinal sensory pathways, the unfortunate second rat would experience a barrage of sensations, but again, not a seizure.

Later in the paper Silva-dos-Santos wanders even further into the realm of speculation, suggesting that mental illness could be treated via spinal stimulation: “complex biological activity codifying relaxation can be recorded on an electronic device and then sent to the spinal cord of an individual with anxiety”. Indeed, he says, in the future this method could help “insomnia, bipolar disorder, schizophrenia, anorexia, obesity, and emotional instability due to personality disorder (just to name a few).”

The misunderstanding here seems to be that the spinal cord is the brain’s all-purpose information relay. It’s not. The spinal cord has a very specific job: it carries touch and pain sensations to the brain and carries motor impulses to the muscles. It’s not nature’s USB port through which one could reprogram the brain.

So how did this get published? I note that two peer reviewers are listed, and they both list their affiliation as the University of Lisbon – which also happens to be Silva-dos-Santos’s university. This may not be against Frontiers rules, but many people would say it’s not best practice.

Silva-Dos-Santos A (2017). The Hypothesis of Connecting Two Spinal Cords as a Way of Sharing Information between Two Brains and Nervous Systems. Frontiers in psychology, 8 PMID: 28197119