The Enduring Myth of Phantom Cosmonauts 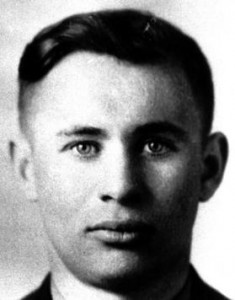 Valentin Bondarenko, the burned man doctors thought was a killed cosmonaut. via Astronautix.

There’s an ongoing fascination with the idea of phantom cosmonauts. The story goes something like this: a handful of Soviets launched into space before Yuri Gagarin orbited the Earth, but because they all died their missions and deaths were covered up. The stories are myth. No one flew in space before Gagarin. Even X-15 flights above the Karman line came after 1962. But like any enduring myth, there is a kernel of truth in this story.

The idea of phantom cosmonauts gained traction because the Soviet Union’s early space program was shrouded in fair bit of mystery. Neither robotic nor manned missions were announced until they were successfully off the ground and even then details were sparse and often misleading. It was hard, too, to piece together full programs since unsuccessful launches got a different designation than successful missions. Additionally, observers frequently misinterpreted reports from Soviet news agencies, like one that listed cosmonauts that may or may not be living. All this meant that it was nearly impossible to figure out what the Soviet scientists were trying to do.

In early 1958, word reach America from the Soviet Union of a manned suborbital flight that hit a peak altitude of 186 miles. The story turned out to be fake and part of a radio broadcast, tricking listeners much like the infamous broadcast of Orson Welles’ War of the Worlds. Adding to the believability was a comment from Austrian Rocket pioneer Hermann Oberth — by then living in the United States — referencing a pilot killed on a suborbital flight. The flight, if it was real, wasn’t a space shot. It could have been a high-altitude aircraft flight. Nevertheless, the seed of the idea of a secret Soviet launch had been planted.

Lost cosmonaut stories gained traction in 1959 when America met its Mercury astronauts and started looking for evidence of an equivalent program from its Soviet rivals. Details were few and far between coming via hearsay at industry events and in casual conversations at cocktail parties, but a sketchy picture began to emerge. The Soviet space program was rumored to center around three World War II veterans named Belokonev, Kachur, and Grachev training as cosmonauts; a fourth cosmonaut, unnamed, was thought to have been killed in a training accident.

That lost cosmonaut trainee reappeared in the months that followed. A two-page article titled “Flights to High Altitudes” in the Russian weekly photo magazine Ogonyok showed doctors, technicians, and subjects testing life support equipment. That there were three men shown —  who were the real Belokonev, Kachur, and Grachev — and not the expected four seemed to solidify the existence of a lost fourth cosmonaut. The training facilities and equipment were similarly assumed to be part of the real cosmonaut training program.

Rumours got another boost in early 1961. On February 4, the Soviets announced the imminent launch of a seven ton Sputnik so observers around the world were ready. When the payload did launch, Western specialists found the right frequency and listened to what sounded like moaning, a human heartbeat, and Russian translated in morse code. It all sounded like the man was dying, and right at the moment when staging should have occurred the heartbeat stopped and the transmission ended. The stranger part was that the launch was broadcast on a radio frequency easily accessible to amateur operators. It would be equally easy to broadcast a fake manned launch on a same frequency, or add a human sound to an unmanned launch to test the communications system, which did happen with Ivan Ivanovich’s mission.

More so-called phantom launches followed. On April 9, the day before Gagarin’s first scheduled launch attempt, the British Communist Newspaper The Daily Worker reported that Lieutenant Colonel Vladimir Sergeyevich Ilyushin was launched into orbit on April 7 or 8 and circled the earth three times in his spaceship Rossiya (Russia) before landing safely. The article explained that some technical mishap had left Ilyushin deranged. He was hidden and his accomplishment swept under the rug because he was now unfit for public appearances. He wasn’t. There was a real Ilyushin, but he was a pilot who never joined the Soviet space program.

Even within the Soviet Union, the space program was so shrouded in secrecy that stories of hushed-up cosmonaut deaths emerged. One night in March of 1961, a severely burned man was brought to Dr. Vladimir Golyakhovsky under the name Sergeyev Ivanov. The doctor wasn’t given much information; for all he knew the man was a killed cosmonaut. He was right, sort of. The man was Valentin Bondarenko, a cosmonaut trainee who died that night after being caught in an oxygen fire. As if to fuel rumours, his death was quietly hushed up.

None of the stories of lost cosmonauts proved to be true, and the Soviets’ lauding him after his flight left little doubt that he was the first to orbit the Earth. Soviet news managers were partly responsible for spreading stories of lost cosmonauts with evasive, boastful, and often distorted presentations of fact that created the mysterious and secretive atmosphere. Doctored images were also released beginning in the 1970s showing men airbrushed out of images, adding to the mystery. That program managers did little to quash these rumours was proof enough for Westerners.

It wasn’t until decades later that the full picture of the Soviets’ early space program came to light. While they did hide failed robotic launches with unconventional nomenclature, no cosmonauts were killed on sketchy rocket launches before Yuri Gagarin’s orbital flight.

A previous version of this article originally appeared on Discovery News Space, which is gone now… But somehow syndicated on Fox News?! Sigh. Anyways, it was worth a revisit since so many people have asked for a YouTube video about this!