The Case of the Magic Wine 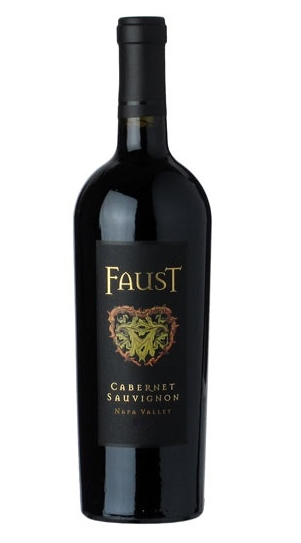 I just came across a strange but quite charming scientific study claiming that human thought alone can make wine taste better.

This miracle of vinomancy is reported in a paper in Explore, a unique if often credulity-stretching Elsevier academic journal dedicated to “healing arts, consciousness, spirituality, eco-environmental issues, and basic science as all these fields relate to health.”

In the article in question, author Stephan A. Schwartz describes how he carried out an experiment to test the hypothesis that human intention could alter the properties of wine to make it tastier. So he set up a series of wine-tasting parties and presented guests with two carafes, A and B:

The Party Host arranged for seven people to come in to ostensibly taste two wines, and then have a party. The story the Tasters were told by the Party Host was that a friend was considering buying several cases of wine and had winnowed it down to two candidates. Before spending several hundred dollars he wanted to see which was the preferred one. It was explained that he was not present, and all labels and other quality hints had been removed to avoid any possible cueing, so the tasting was just down to taste.

Both carafes contained the same wine, but one of them had earlier been the target of “intense meditation” by a group of meditators from a local spiritual organization – in the hopes that the concentrated thought-patterns would improve the vintage:

The two carafes in their styrofoam carriers were put into the Researcher’s car and both driven to the site of the evening’s meditation group. Except for the intention session, each carafe had the same timeline history.

Upon arrival at the meditation site, the group had their discussion period. When it came time for the group mediation with which they closed their meeting, the Researcher would go out to the car and bring back the carafe designated as “Treated” for the subsequent Taster session. The carafe was taken out of its styrofoam sleeve and put on a table or chair placed in the middle of the room where the group was gathered. They were asked by the Researcher to, “Please dedicate your meditation to holding the intention that this bottle of wine is improved during the course of the meditation.”

I found the whole methods section enjoyable to read, and the paper is full of cute details:

The wines were all mid-price range California Cabernet Sauvignons of the quality one might serve at a dinner party amongst good friends, pleasantly palatable but not lastingly memorable.

The meditations lasted between 20-30 min. At the end of that time, the Researcher thanked the group. The carafe was put back in its sleeve and taken back to the car, but separated from proximity to the control carafe by placing one in the front seat and the other in the back seat.

Over the course of four years, Schwartz organized 12 of these wine-tastings. In 11 of them, the majority of guests preferred the ‘treated’ wine, while the remaining session produced a tie. Schwartz calculates that the chance of this happening, under the null hypothesis that both wines were indistinguishable, was 1/2048 or p=0.00049, which, as he points out, is well beyond the normal threshold for statistical significance (p=0.05 or, some would prefer, p=0.005).

As I said, this is a very fun paper. And the study actually appears to have been well-designed, with blinding to prevent any placebo effects. The statistical analysis seems valid also.

I still don’t believe the meditation had any effect on the wine, though. I think it is more likely that Schwartz got lucky (at p=0.00049) than that some inexplicable supernatural event occured to make some Cabernet Sauvignon slightly tastier.