The &#039;Trillion Planet Survey&#039; is Looking for Alien Laser Beams 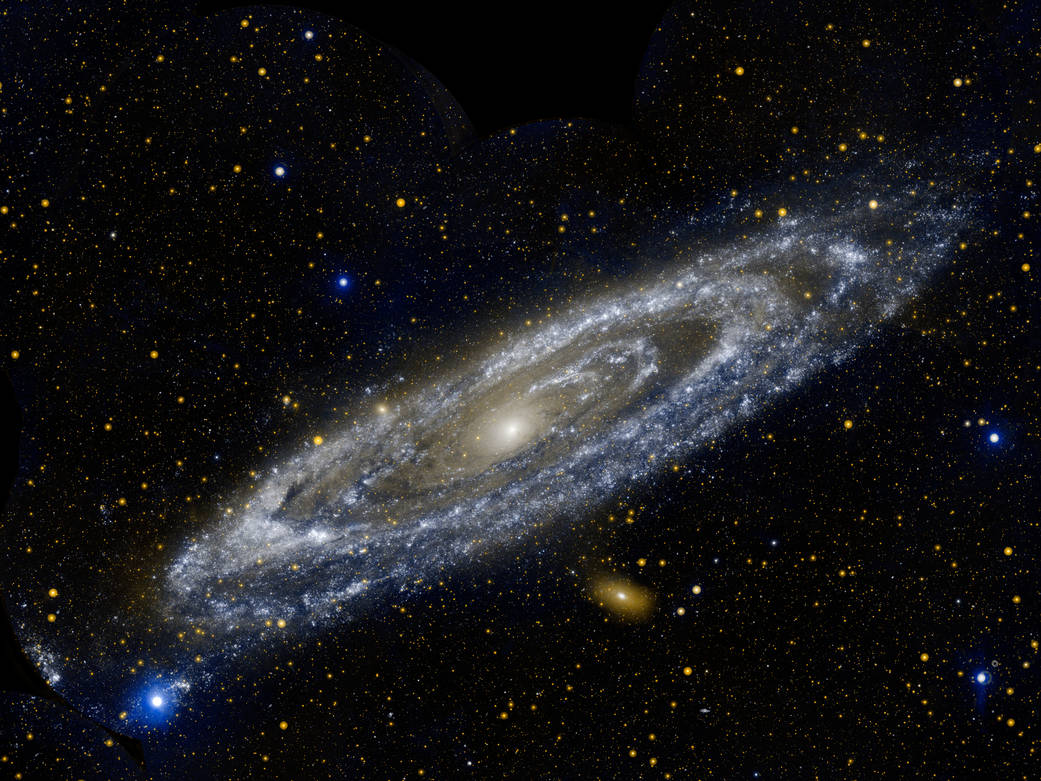 The Andromeda Galaxy, where researchers are searching for bright lights that could be sign of intelligent extraterrestrial life. (Credit: NASA/JPL-Caltech)

Physicists at the University of California, Santa Barbara are taking a unique approach to the search for extraterrestrial life. Instead of searching the cosmos for radio signals, they’re hunting for brilliant light beams to locate intelligent beings in the Andromeda Galaxy.

It’s inspired by UC Santa Barbara physicist Phil Lubin’s previous suggestion that we could propel tiny spacecraft to nearby stars at about 20 percent the speed of light with lasers. If we could do it, so might alien civilizations, the thinking goes. So Lubin, alongside fellow physicists, plans search for high-powered lasers in the sky coming from hypothetical intelligent extraterrestrial life.

How to Find Aliens

To find these laser beacons, the UC Santa Barbara team plans to use “only a 0.8 meter telescope, a standard photometric system, and an image processing pipeline,” according to their paper, to survey and photograph the Andromeda Galaxy, also known as Messier 31, or M31. They’re going to compare new observations with old images of the galaxy, looking for a “new star,” that might actually be an artificial light from another galaxy. If researchers locate any bright spots that they haven’t seen before, they will investigate further to see if it could be coming from extraterrestrials.

This method and process are automated, and so, as long as there is funding, interest, and support for such a search, the “Trillion Planet Survey” will continue. 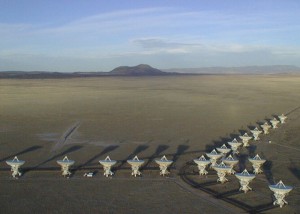 The Very Large Array of Radio Telescopes. Some efforts to find alien life use radio telescopes, but one group is using small telescopes to survey the cosmos for bright signs of life. (Credit: Dave Finley, AUI, NRAO, NSF)

Other research projects have searched for life out in the cosmos using radio signals, but “Optical signals can be seen at vastly larger distances than radio signals for the same transmitted power and same aperture size,” Lubin said.

That includes the Andromeda Galaxy: “We are searching multiple targets including our galaxy and nearby galaxies,” Lubin said. “Andromeda is relatively nearby (2.5 MLy [Mega Light-year]) and has about one trillion stars and hence planets. Hence the name – Trillion Planet Survey.”

So, while the project has multiple targets, the Andromeda Galaxy is of special interest because it’s so close and has so many potential targets.

With this method, the team thinks that they might be able to identify a CW laser beacon from a hypothetical alien civilization “as long as the civilization is operating at a wavelength we can ‘see’, had appropriate power and has left the beacon on long enough for us to detect it here on Earth,” according to the study.

This is, again, if such a hypothetical civilization does actually exist (a big “if”).