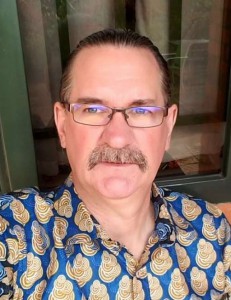 Editor’s Note: You got to know Dan with his team member spotlight. Now you can read about his perspective on and work with libraries!

If you haven’t visited your local public library in a while or if you just pop in from time to time, I highly recommend you take some time to look around and really take in what is going on:

When you think of “citizens” participating in citizen science, who do you have in mind and how do you recruit them? I think the local public library is a place to reach this audience. Here in the Phoenix area (affectionately known as the “Valley of the Sun”), we are in the midst of a pilot project to utilize Public Libraries as Community Hubs for Citizen Science.

The Arizona State University project team, consisting of faculty, evaluation specialists, public science specialists, researchers, and librarians, spoke with community members and librarians about what their interests are and what issues are important to their communities. Some of the responses we expected as a matter of general interest (Nature), and others were straight out of the local news (Air Quality) or situational (Phoenix in the summer? Got any online projects?). While this was helpful in narrowing our focus, there were still close to 3,000 projects on SciStarter for us to choose from. How could we do it?

Fortunately, the SciStarter website AND the SciStarter Team are available to help make the tough calls! For our first attempt at facilitating projects at multiple library locations, we wanted cool (but uncomplicated) projects. Our goal is to have self-contained project kits that library users can check out, participate in, and return with a high degree of success.  We also wanted tried and true projects from which we could collect participation data, so we focused on SciStarter Affiliate Projects.

Our deadline is around the beginning of October, and we’ve still got a few aquatic waterfowl to get in a row, but we have settled on our initial kickoff projects:

Stay tuned!  We’ll have more updates on the project.

While you’re waiting,take a look at SciStarter and your public library, and then get involved with both of them!

Dan Stanton is an Associate Librarian in the Engagement and Learning Services Department of the Arizona State University Library. Dan has worked at the ASU Library for over 25 years and contributes his expertise in Government Information (US Federal, and Arizona – State and Local), supporting ASU’s School for the Future of Innovation in Society, as well as the School of Film, Dance, and Theatre. Dan has also recently served as Curator of Content for the East Africa SolarSPELL, which included conducting training in Rwanda.  In addition, Dan is dedicated to improving collegial communication and professional development opportunities for library staff, and has served in several leadership roles with the Arizona Library Association, including President 2012-2015, and in the Mountain Plains Library Association, including reconvening the MPLA Leadership Institute in 2009. He currently serves as the AZ Councilor to the American Library Association, serving in Chapter Relations and the overall ALA Council. Dan is fairly new to Citizen Science, serving as Co-PI of an Institute of Museum and Library Services grant to work with ASU and SciStarter to develop Citizen Science kits and other resources in partnership with public libraries. Stanton is also interested in creating a culture of Citizen Science at ASU, working with SciStarter, ASU researchers and others.