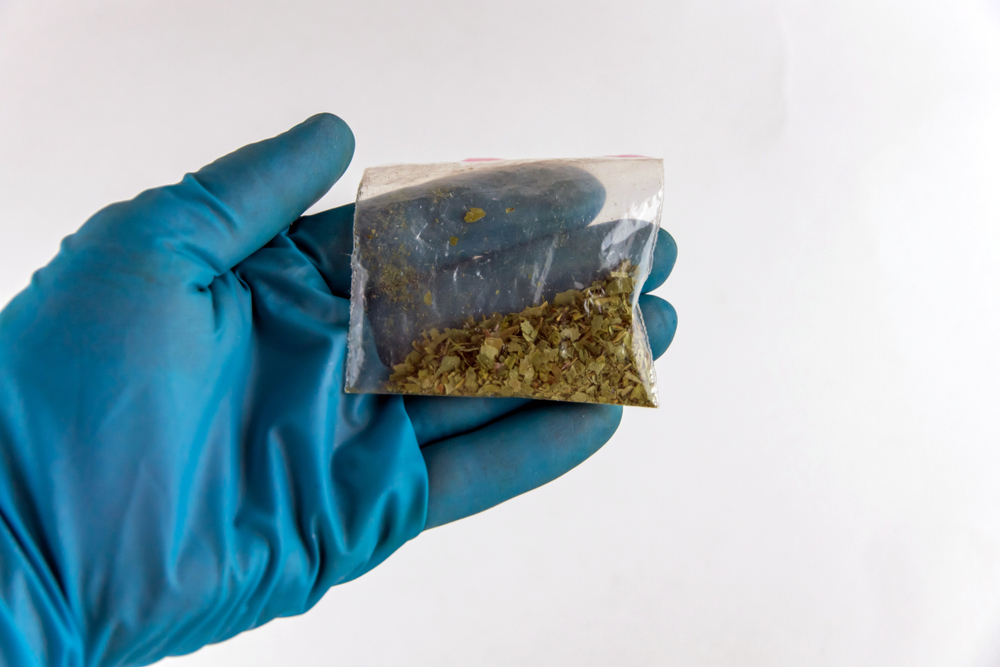 A new wave of synthetic drugs is causing overdoses across the country. (Credit: busliq/shutterstock)

An explosion of strange new narcotics is hitting the streets, as clandestine chemists rush to produce drugs that exist outside the law.

One United Nations report tallied 644 new drugs discovered across 102 countries and territories between 2008 and 2015. And in an interview last year, a Drug Enforcement Administration spokesperson said they encounter previously unheard of drugs on an almost weekly basis.

Known as new psychoactive substances (NPS), these drugs appear faster than governments can ban them — not that banning does much. But the speed means drug users sometimes don’t know what they’re taking. And in cases of overdose, medical professionals are sometimes at a loss for how to treat patients.

A newly released study funded by the Office of National Drug Control Policy gives a small picture into just how bad the problem is. A team of researchers in Maryland wanted to see the prevalence of new drugs in hospital visits, especially synthetic cannabinoids (SC), drugs colloquially known as “Spice” or “K2” that can mimic some of the effects of marijuana.

Rashes of overdoses across the U.S. have been linked to synthetic cannabinoids, including last week when more than 100 people overdosed (but didn’t die) in New Haven, Connecticut, in just 48 hours. These new drugs have been implicated in “zombielike” behavior, psychosis, cardiac arrest and seizures, or have been laced with brodifacoum, a rat poison.

So there’s strong incentive for emergency rooms to know what they’re dealing with. Yet this group of researchers at the ONDCP found it was harder than they expected to figure out what specific drugs were causing these overdoses.

What’s In Your Urine?

In 2016, the researchers obtained nearly 200 urine samples from two hospital emergency departments in Maryland and screened for 169 different drugs, including 26 synthetic cannabinoids. They wanted to include more, but in some cases, these drugs are so new that reference standards for urine testing didn’t yet exist. Typically, the hospitals screen for less than nine drugs — but not any synthetic cannabinoids.

The 175 patients who provided their pee either showed up in the ER complaining of symptoms related to SC use, were caught with it by police or medical staff, or seemed to be agitated, hallucinating, or unresponsive thanks to an unknown drug.

Yet only one sample came back positive for SCs, which suggested that these overdoses were caused by drugs not included in the test panel. So a year later, the researchers retested the urine for an additional 20 synthetic cannabinoid metabolites.

Still, only about a quarter of the specimens returned with positive results, which was much lower than expected. The most commonly found synthetic cannabinoid was MDMB-FUBINACA, which is now illegal, but has been sold in vaporizer e-liquids and was linked to 25 deaths and hundreds of hospitalizations in Russia, according to the state-controlled news site RT.

“Even after we excluded the persons enrolled in the study for agitation from an unknown cause, we found that the percentage testing positive for SC only increased to about 24 percent in each hospital,” the researchers wrote. “On the other hand, these specimens were found to contain a variety of other drugs, many in combination with one another, that had likely caused their symptoms.”

Even with the 175 patients tested in this study, it’s a small sample size that may not represent the majority of people who use synthetic cannabinoids, especially given the high rate of multiple drug use in these cases. An average of 91 percent of those who tested positive for SC in this study had at least one other drug in their system.

“The continuously changing nature of the substances available make it difficult to develop urine tests for all of the new drugs as quickly as they are discovered,” the scientists wrote. “Even though we re-tested our specimens with a larger panel of SC metabolites, it is still possible that our results underdetected the SC that these patients might have used.”

Some patients were not included in the study because urine samples couldn’t be obtained. It’s also possible that some urine samples degraded before they could be detected.

This study demonstrates how difficult it is — and how ill-equipped most hospitals are — to detect and treat overdoses from new psychoactive substances. Even if your urine screen can expose hundreds of chemicals, it needs to be updated frequently, which is why some compare this issue to a game of Whac-a-Mole. As soon as one drug is made illegal, another, often more deadly drug, takes its place.