STEVE the Aurora Isn&#039;t An Aurora After All 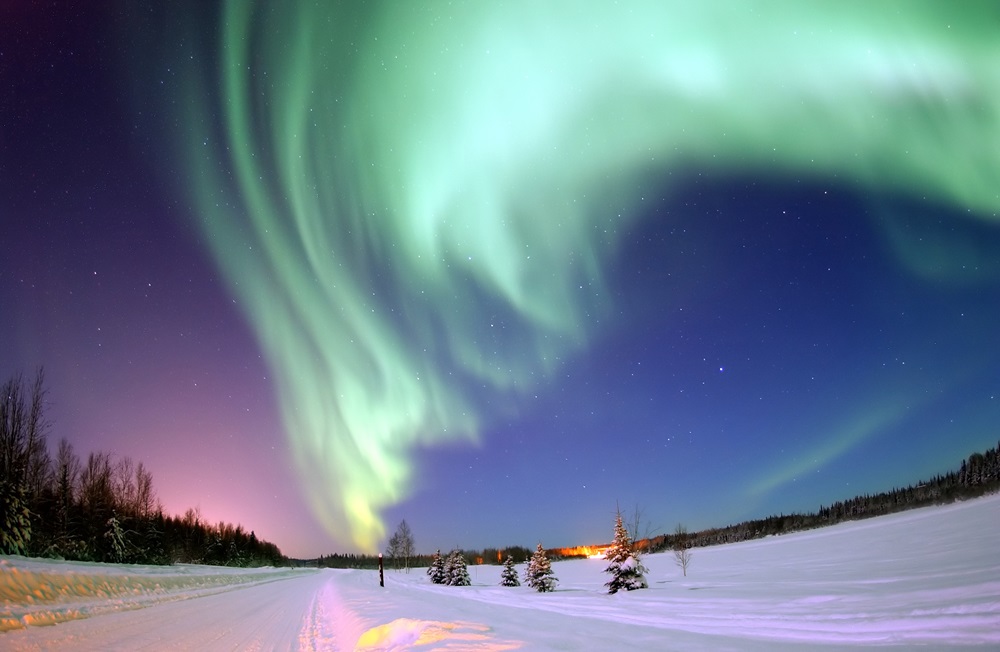 What’s in a Name?

After STEVE was first brought to the attention of the scientific community in 2016, it was originally thought to be a proton aurora. The traditional aurorae are largely caused by electron activity, but protons can also be responsible. The catch is, proton aurorae are generally too dark and too diffuse to see, but STEVE is a well-defined, clearly visible violet band stretching thousands of miles long (east-west) and tens of miles wide (north-south).

An early study, which also combined ground-based images and satellite data, spotted fast streams of ions (atoms that have been stripped of one or more electrons) and superheated electrons that appeared associated with the purple light. They concluded that STEVE was likely a SAID, or sub auroral ion drift, which is a supersonic stream of charged particles that can sometimes form during auroral events. But no SAID had ever been seen with the naked eye before, and STEVE also showed temperature spikes and particle speeds higher and faster than those ever before observed in a SAID.

Based on this most recent work, Gallardo-Lacourt’s team is now calling STEVE a kind of “skyglow,” a new type of phenomenon not associated with either the aurora or airglow. (Airglow is a general term used to describe optical light generated by chemical reactions when the solar wind interacts with particles in the upper atmosphere.) Skyglow is commonly associated with light pollution, but in this case, STEVE’s skyglow is structured and distinct.

STEVE’s changing nomenclature maybe isn’t surprising, based on its strange behavior and the difficulty scientists have had slotting it into a previously established category. Gallardo-Lacourt and her colleagues now plan to look into whether the particle activity associated with STEVE is causing the light directly, or whether the light is generated elsewhere Earth’s atmosphere. Whatever the cause, pinning down STEVE’s true nature will ultimately improve our understanding of Earth’s atmosphere and the processes that occur within it.