Staring straight into the eye of a monster 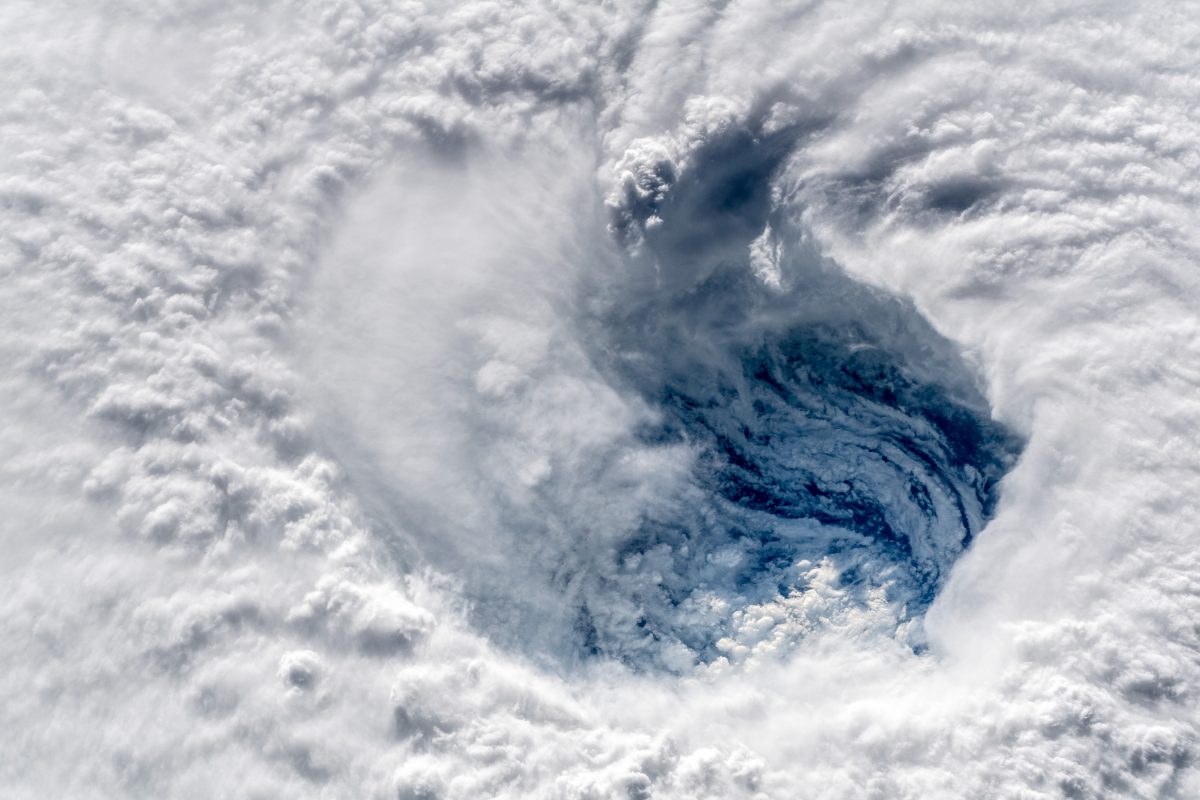 As Florence swirled toward the Carolinas today, an astronaut took some chilling photos of the hurricane

They eye of Hurricane Florence, as seen from the International Space Station on Sept. 12, 2018 (Source: ESA/NASA—Alexander Gerst)

“Ever stared down the gaping eye of a category 4 hurricane? It’s chilling, even from space.”

So writes Alexander Gerst, a European Space Agency astronaut aboard the International Space Station who shot this stunning photo looking straight down into the eye of fearsome Hurricane Florence.

As of 5 p.m. EDT on Wednesday, the hurricane was bearing down on Carolina coastal areas with maximum sustained winds of 120 miles per hour — a modest weakening in recent hours, according to the National Hurricane Center. At the same time, the inner-core and outer wind fields of the storm have continued to expand. That means the cyclone’s total energy has increased, and a bigger area is experiencing the storm’s wrath. 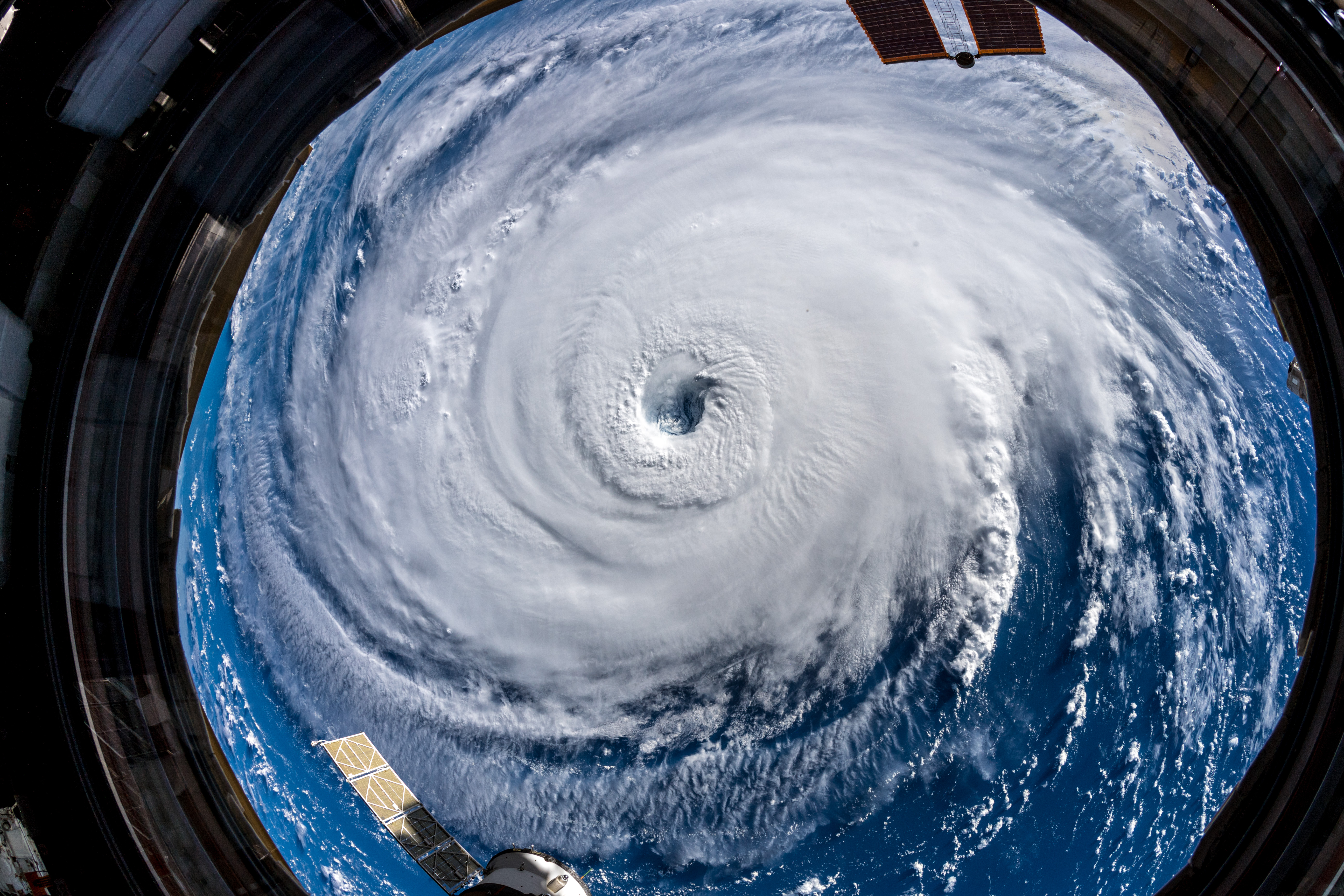 “Watch out, America!,” writes Alexander Gerst. “Hurricane Florence is so enormous, we could only capture her with a super wide angle lens from the International Space Station, 400 km directly above the eye. Get prepared on the East Coast, this is a no-kidding nightmare coming for you. (Source: ESA/NASA—Alexander Gerst)

Florence’s increasing total energy is pushing up gargantuan amounts of sea water ahead of it. This will inevitably result in a “significant storm surge event,” the hurricane center says. 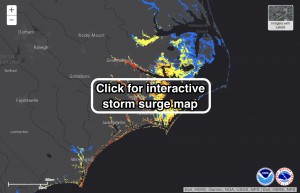 Florence may strengthen again as it passes over unusually warm water. But as it gets closer to the coast, it will begin to stir up colder water. That combined with its interaction with the coast will cause it to weaken before it makes landfall, now expected on Friday near the border between the Carolinas.

There’s only a little solace to be had from that forecast. Florence is still expected to come ashore as Category 3 storm with winds strong enough to topple trees and severely damage structures.

As the hurricane center puts it, “Florence is still expected to remain a dangerous major hurricane as it approaches the coast. The threat to life from storm surge and rainfall will not diminish, and these impacts will cover a large area regardless of exactly where the center of Florence moves.”

A forecaster with the National Weather Service in Wilmington, N.C. today wrote that Florence is likely “the storm of a lifetime for portions of the Carolina coast, and that’s saying a lot given the impacts we’ve seen from Hurricanes Diana, Hugo, Fran, Bonnie, Floyd, and Matthew. I can’t emphasize enough the potential for unbelievable damage from wind, storm surge, and inland flooding with this storm.” 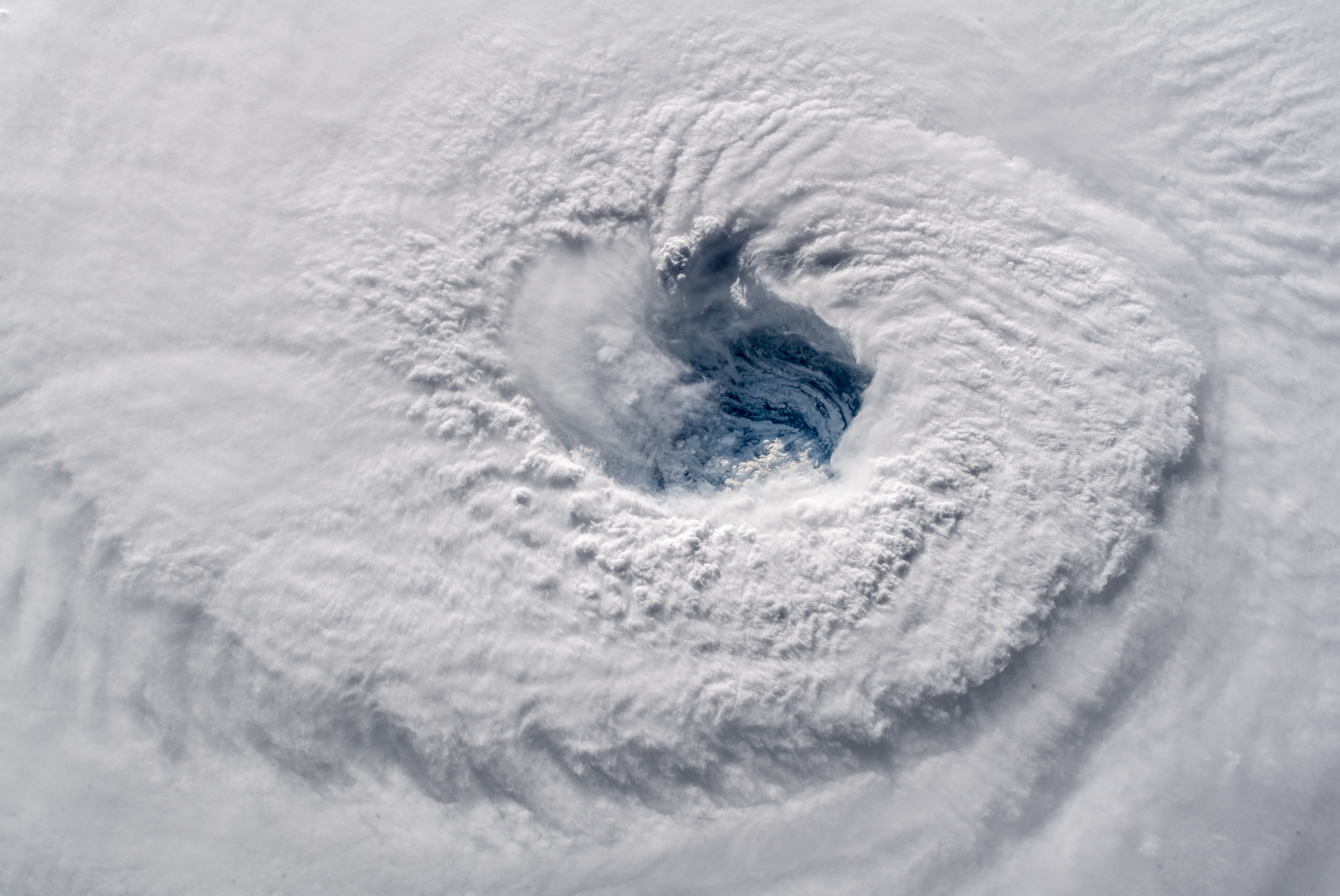 Florence is still expected to stall and then slowly move southwest along the Carolina coast — an extremely unusual track. “Such an unorthodox track could produce some very unexpected outcomes, including a storm surge propagating from north to south,” Wunderground.com meteorologist Bob Henson Tweeted today.

And there is a worst-case scenario to worry about. Here’s how Henson’s colleague, Jeff Masters, put it in a post today at the Category 6 blog:

The most concerning forecast is from our top model for forecasting hurricanes, the European model, which predicts that Florence’s stall will occur just offshore of the NC/SC border, with the hurricane then traversing most of the coast of South Carolina just offshore, before making landfall in southern South Carolina. This worst-case scenario allows Florence to keep its eye over water, greatly increasing the amount of rain it can dump, and subjecting a very long stretch of coast to extreme winds and near-record levels of storm surge.

Let’s hope that Florence comes ashore and only then turns southwest. That would keep the eye over land as it crawls along. Horrible impacts would still be likely, but they’d be attenuated somewhat compared to the worst-case scenario.