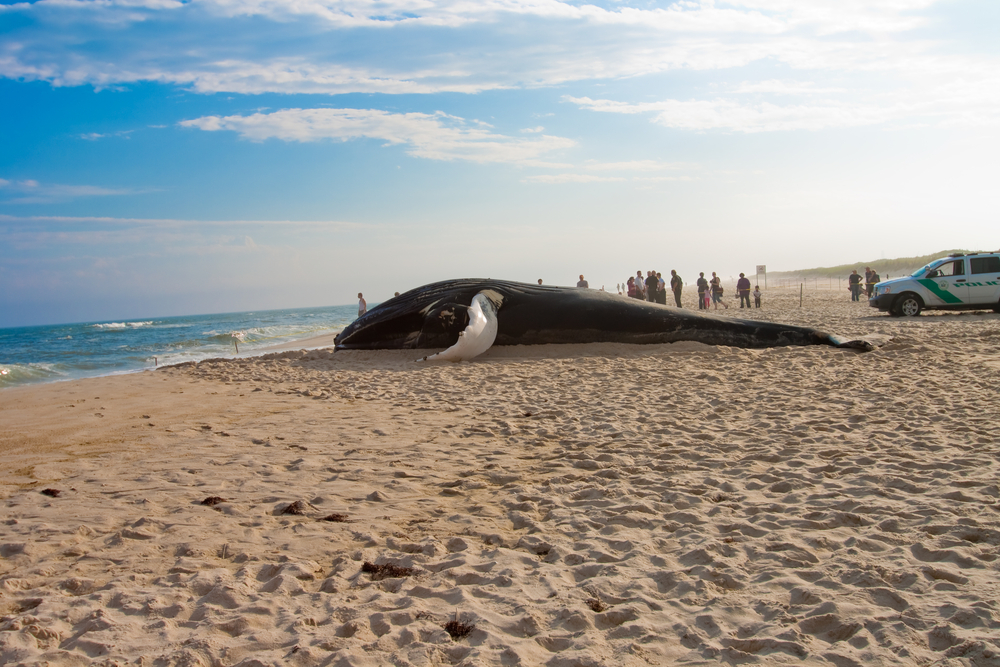 The solar storms that fling waves of charged particles toward the Earth may be to blame for the stranding events that leave whales dying on shore for unknown reasons.

It’s not a new hypothesis, but now researchers from NASA, the Bureau of Ocean Energy Management and the International Fund for Animal Welfare (IFAW) plan to combine datasets on these seemingly disparate events to see if a statistical link between solar flares and stranding events exists. If there’s a connection, it’s a discovery that could help to protect many species of endangered whales.

A solar event begins when fluctuations in the sun’s magnetic field store and release tremendous amounts of energy in the form of a stream of charged particles. On Earth, the influx of electromagnetic activity can interfere with satellites, disrupt power grids and poses a risk to astronaut’s health. The flares also warp Earth’s magnetic field, temporarily altering the configuration of the geomagnetic contours that wrap around the planet.

Whales are the planet’s largest globetrotters, traversing the seas to reach seasonal spawning and feeding locations. How they stay on track on journeys of well over a thousand miles is still unknown, but a popular theory holds that whales navigate with magnetoreception — detecting Earth’s magnetic field lines — to guide them toward their destination.

Such an ability could come in handy when crossing thousands of miles of featureless ocean, but it would also leave the whales vulnerable to the periodic disruptions caused by solar storms.

Whale strandings have been reported going as far back as ancient Greece, but biologists still struggle to explain why they happen. The whales could be sick or injured, fleeing predators or chasing prey. Perhaps the seafloor is too gradual to reflect sonar, leaving the whales blind to the approaching shore. Military sonar exercises and underwater explosions may damage whales’ hearing and disrupt their navigation abilities.

Whatever the answer, “it’s unlikely that one single theory will explain these beaching events,” says Antti Pulkkinen, a heliophysicist with NASA who is involved with the project. Researchers from Germany performed a similar study in 2009, which focused on sperm whale strandings in the North Sea, and found a statistical correlation between solar flares and beaching events. Pulkkinen and his collaborators hope to expand this methodology to include all whale species around the globe.

Pulkkinen and company will compile datasets of both whale strandings and solar flares going back decades and put them through statistical algorithms to see if a possible link exists. The work is currently underway, and Pulkkinen says that they hope to submit a paper by September. They have already gathered much of the data, he says, and now must undertake the laborious process of sifting through it.

If a correlation does emerge, it could give conservationists an edge in the fight to preserve endangered whale species. While some beaching events may be natural, they can nevertheless cause harm to populations of whales pushed to the brink by human activities.

“If we learn that solar activity is correlated to mass strandings, especially in the stranding hot spots around the world, we can basically develop an early warning system to alert when we are entering a period of likely mass stranding activity,” says Katie Moore, an IFAW program director and collaborator on the project.

The IFAW already utilizes physical barriers like boats and acoustic deterrents to guide wayward whales back to sea. Solar storm forecasting could give them a heads up a day or two in advance of the event, putting the IFAW team on the lookout for confused whales headed for peril.