Sharks&#039; Missing Link To The Past 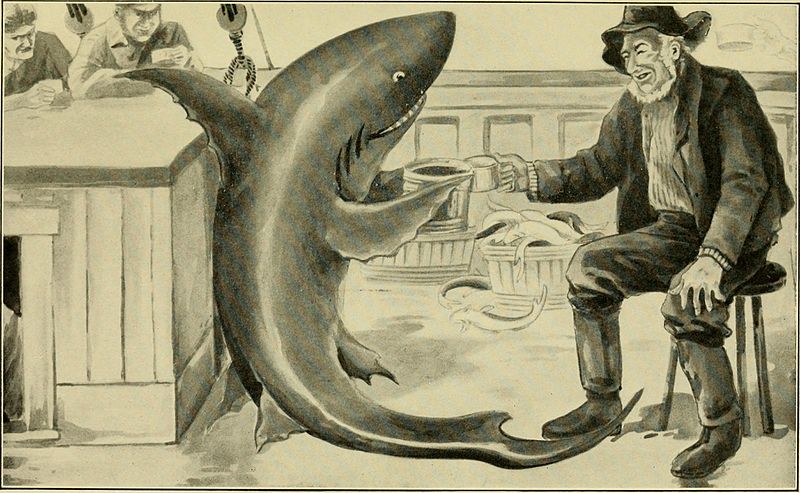 If, like me, you like fossils and you like sharks, you’re in luck. A recent re-look at a fossil found more than a decade ago has answered a big question about the story of sharks’ evolution.

Published recently in American Museum Novitates, a new high-tech reinvestigation of a well-preserved fossil first described in 2003 revealed the animal was more than an Early Devonian sharklike fish.

Though its swimming days ended about 400 million years ago, this fossilized fella — with the great name of Doliodus problematicus — has found its place as a missing link in the deep backstory of some of today’s most intriguing and iconic animals.

D. problematicus, as its name suggests, was a problem even before the 2003 fossil find. Paleontologists had turned up plenty of its teeth, but weren’t certain whether it fit with bony fish or sharks, which fall into the cartilaginous fish category along with skates and rays. 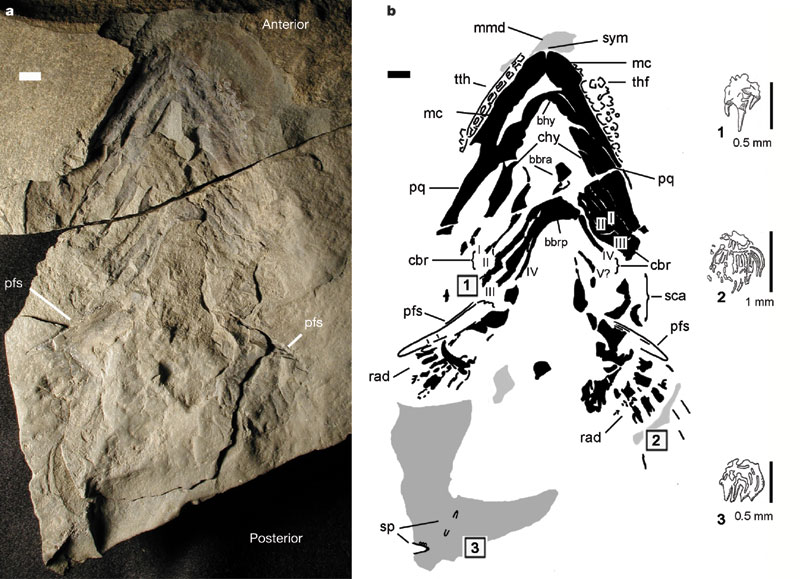 It might not look like much, but hey, you wouldn’t be camera-ready either if you were about 400 million years old. A specimen of Doliodus problematicus found in New Brunswick, Canada, is a missing link between sharks and their ancestors. Found in 2003, key anatomical features preserved in the fossil were only revealed with CT scanning, according to new research. (Credit Nature, doi:10.1038/nature02001)

The 2003 Doliodus specimen from New Brunswick, Canada, prompted a lot of head-scratching and attempts to figure out if it was a shark or just sharklike. In the new study, researchers used CT scanning to determine once and for all that Doliodus was…a little bit of this and a little bit of that.

But seriously. The scans revealed anatomical features not seen in previous examinations. The features — spines that likely ran along the fish’s belly — are a distinctive trait of acanthodians. Wait! You protest, aren’t acanthodians spiny sharks? Well, yes. And no.

Although sometimes called “spiny sharks,” the extinct fish belonging to Acanthodes have long been thought to be ancestors of chondrichthyans, aka cartilaginous fishies, including sharks. But they are not sharks, which belong to the Chondrichthyes subclass Elasmobranchii.

Now that we’ve got all the big words out of the way, what does the new research tell us? Well, it’s pretty exciting: thanks to CT scanning, researchers now consider Doliodus to be a truly transitional animal, an acanthodian on its way to becoming a chondrichthyan — a snapshot of the evolutionary process.

In some ways, Doliodus is the shark equivalent of our own famous distant kin Lucy, the Australopithecus afarensis from Ethiopia: We can see primitive traits hanging on in a species while derived, or more evolved features, arise.