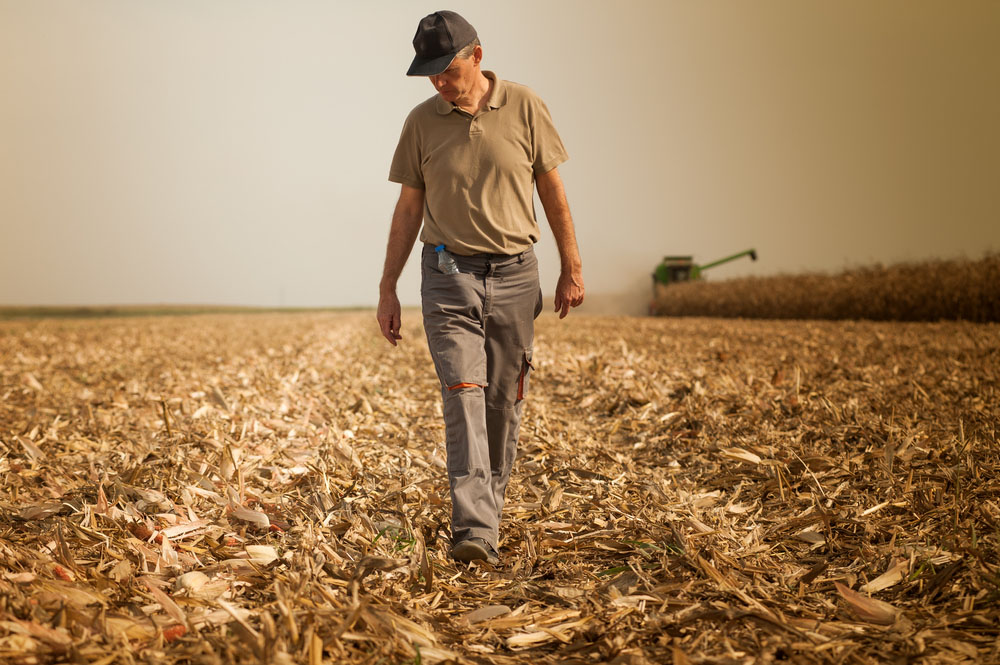 A farmer stands in a field of corn. A new report says humanity must change its diet to feed the world in the coming decades. (Credit: pajtica/shutterstock)

In the next 30 years, Earth’s population will increase so much that it will exhaust the planet’s ability to grow enough food, according to a new analysis. And the global food system itself spurs climate change, alters landscapes and drives resource shortages. To top it off, as growing nations begin to eat more like the Western world, it will intensify these impacts. Now researchers have identified the improvements the planet needs to sustainably feed its booming population.

“Without concerted action, we found that the environmental impacts of the food system could increase by 50 to 90 percent by 2050,” Marco Springmann, an environmental sustainability and public health expert at the University of Oxford, who led the new research, said in a statement. “In that case, all planetary boundaries related to food production would be surpassed, some of them by more than two fold.”

Springmann wanted to know what options exist to turn the crisis around. He and colleagues constructed a model to get a handle on how the food system impacts five major environmental sectors: climate change-related greenhouse gas emissions, cropland use, freshwater use, and nitrogen and phosphorous applications. The model accounts for food production, processing and feed requirements for 62 agricultural commodities in 159 countries paired with country-specific environmental footprints.

The team estimated that in 2010, the world food system emitted roughly 5.2 billion tons of carbon dioxide, occupied 12.6 million square kilometers of cropland (an area larger than the U.S.), used 1,810 cubic kilometers of freshwater and applied 104 teragrams of nitrogen (that’s more than 300,000 Boeing 747 airplanes) and 18 teragrams of phosphorous fertilizers.

Experts estimate the global population will grow by about one third, to nearly 10 billion people by 2050. Combined with a tripling of the global income, this growth will further pressure the food system and ratchet impact on environmental sectors by 50 to 92 percent if no changes are made to remain within the planet’s limits, Springmann and colleagues report today in the journal Nature.

Greenhouse gas emissions in particular will skyrocket, the researchers project. Making animal food products packs the most influence. Springmann and team estimate that animal production supplies nearly three quarters of total agricultural emissions, whereas staple crops such as cereals have a much lower footprint.

Since animal food production is so environmentally intensive, the scientists propose changing up diets to include less meat and more grains, nuts, legumes, vegetables and fruits. The shift would provide relief to the system and benefit the world’s health status. The researchers further recommend reducing food waste and improving agricultural management practices.

More than a third of all food produced is lost before it reaches market or goes to waste in households. Reducing food waste by one half would cut environmental impact of the food system by as much as 16 percent, according to the report. Implementing proposed agricultural management practices such as increasing yields, recycling phosphorous and utilizing rainwater more efficiently could reduce food system strains on the environment by as much as 30 percent, the researchers found.

“No single solution is enough to avoid crossing planetary boundaries,” Springmann said. “But when the solutions are implemented together, our research indicates that it may be possible to feed the growing population sustainably.”