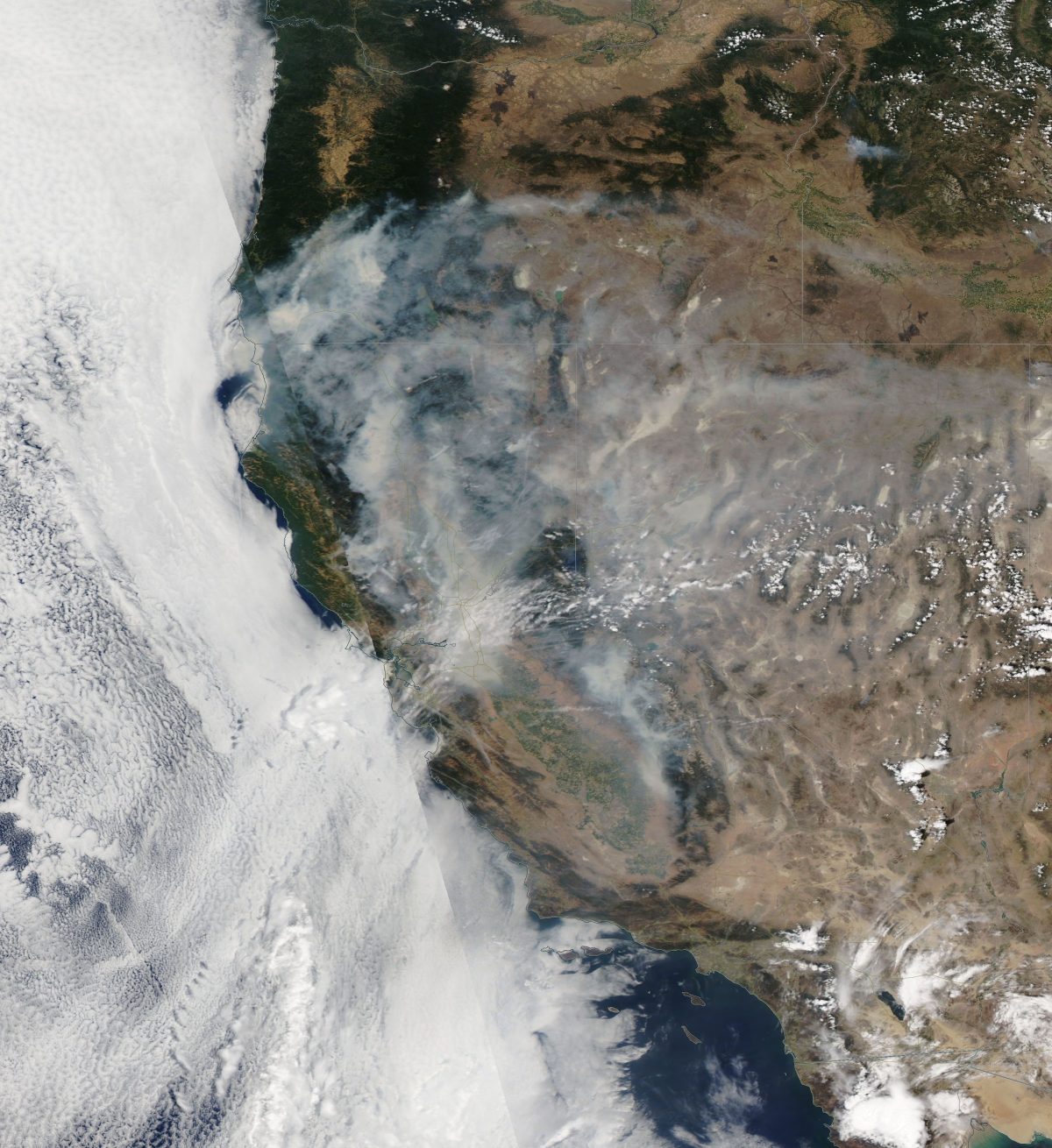 The smoke has drifted far, all the way to Colorado, Texas and beyond

Since I began this blog in 2013, Iâ€™ve seen a lot of satellite imagery of wildfires burning in the American West. Yet despite that experience, I have to admit that when I first saw this image, acquired by NASAâ€™s Aqua satellite today, I was blown away by just how much of California and Oregon are being smothered by thick blankets of choking wildfire smoke.

Thanks to a stubborn ridge of high pressure that has brought soaring, fire-stoking temperatures to a large portion of the West, there are very few clouds visible in the image. Those that are present are bright white in color. That leaves the thick and sprawling patches of wildfire smoke, identifiable by its grayish, bluish and tan tones.

The Tweet above is from the day before, showing Northern California, a large portion of Nevada, and a sliver of Oregon. The amount of smoke is stunning.

The most dangerous inferno now burning in the West is the Carr Fire, which late last Thursday and early Friday rampaged into Redding, California. As Iâ€™m writing this on Sunday night, six people have perished. The blaze has destroyed 874 structures so far, according to CalFire. Another 5,000 or so are threatened.

Shifting winds, brutal heat, desiccated vegetation, and steep landscape contributed to rapid growth of the Carr Fire today. It has spread across 95,368 acres â€” a third of the size of the City of Los Angeles â€” and is still just 17 percent contained. 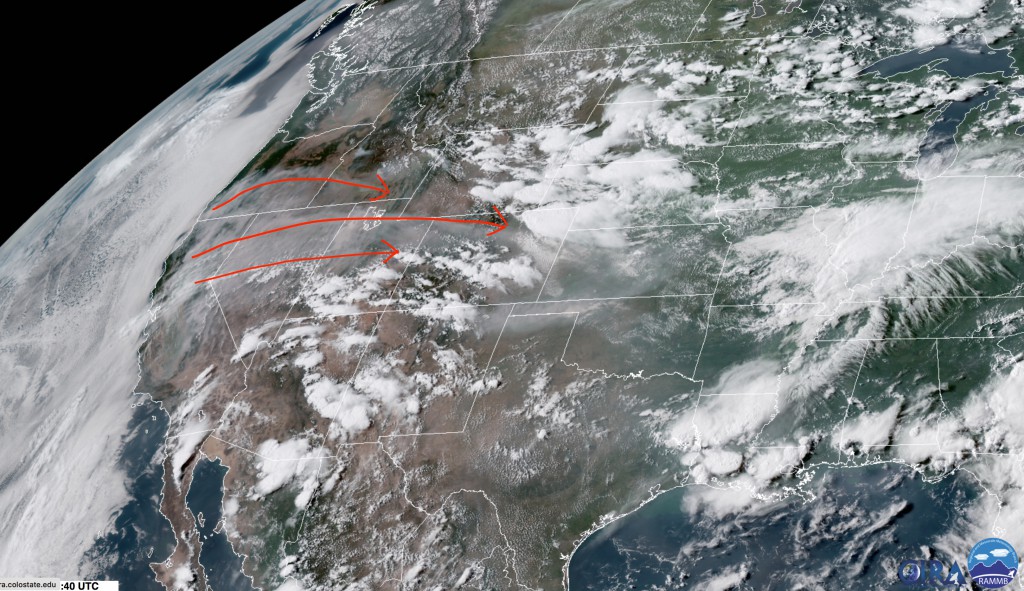 Wildfire smoke has blown from California and Oregon far to the east, as seen in this image acquired by the GOES-16 weather satellite on Sunday, July 29, 2018. (Source: RAMMB/CIRA/SLIDER)

But the Carr Fire is just one of 73 wildfires blazing across 831,772 acres in the American West overall (not counting Alaska), according to the latest tally from the National Interagency Fire Center. Fires in California and Oregon account for some 339,985 acres of that amount. And Colorado, my home state, currently is being scorched by 10 fires across 198,716 acres â€” more area than any other state in the country.

In the image above, captured by the GOES-16 weather satellite today, you can see smoke flowing west on prevailing winds from California and Oregon across Nevada, Utah, Colorado and all the way into Kansas. Another streak of smoke is visible across the top of the Texas Panhandle and parts of Oklahoma.

Wildfire is, of course, a natural phenomenon. But as the climate has warmed due to our emissions of greenhouse gases, blazes in the West have become more frequent, more intense and larger. And wildfire seasons have been lengthening. Iâ€™ll have more to say about this in a future post.