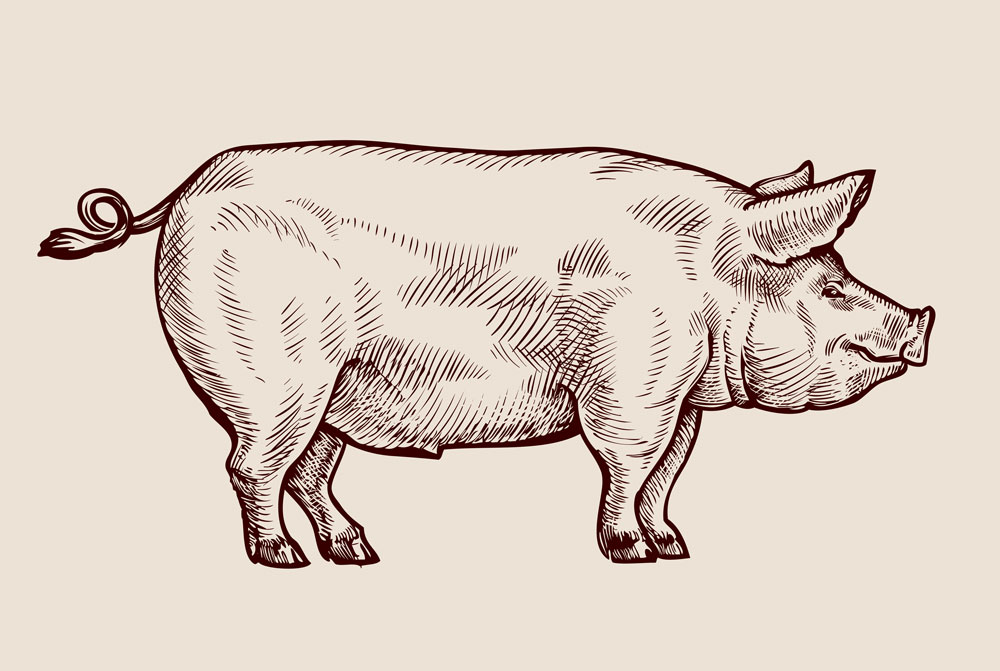 Bioengineers have made great strides harnessing the body’s ability to start over, whether regenerating heart tissue and bones, or using stem cells to regrow fingertips. Still, much of regenerative medicine’s promise remains inside the laboratory—or at least that was what I thought when I began reporting for The Body Builders: Inside the Science of the Engineered Human.

Some clinicians, like Dr. Eugenio Rodriguez, aren’t waiting for trials to be completed to help patients. Instead, they are already adding regenerative technologies to their medical toolboxes, and using them to save human limbs. Years ago down in Delray Beach, Florida, Rodriguez, a trauma surgeon, caused a bit of a sensation after exploring the regenerative powers of pig guts.

Rodriguez first made headlines in 2013 when a horse bit off the index finger of Paul Halpern, a 33-year-old horse trainer. Halpern’s insurance company pushed him to amputate the rest of his finger, but Rodriguez built a rough mold, or extracellular matrix (ECM), of Halpern’s missing fingertip using a commercially available medical patch made of pig bladder. Rodriguez attached the mold to the stump of the remaining finger and the bone and even the missing fingernail grew back. 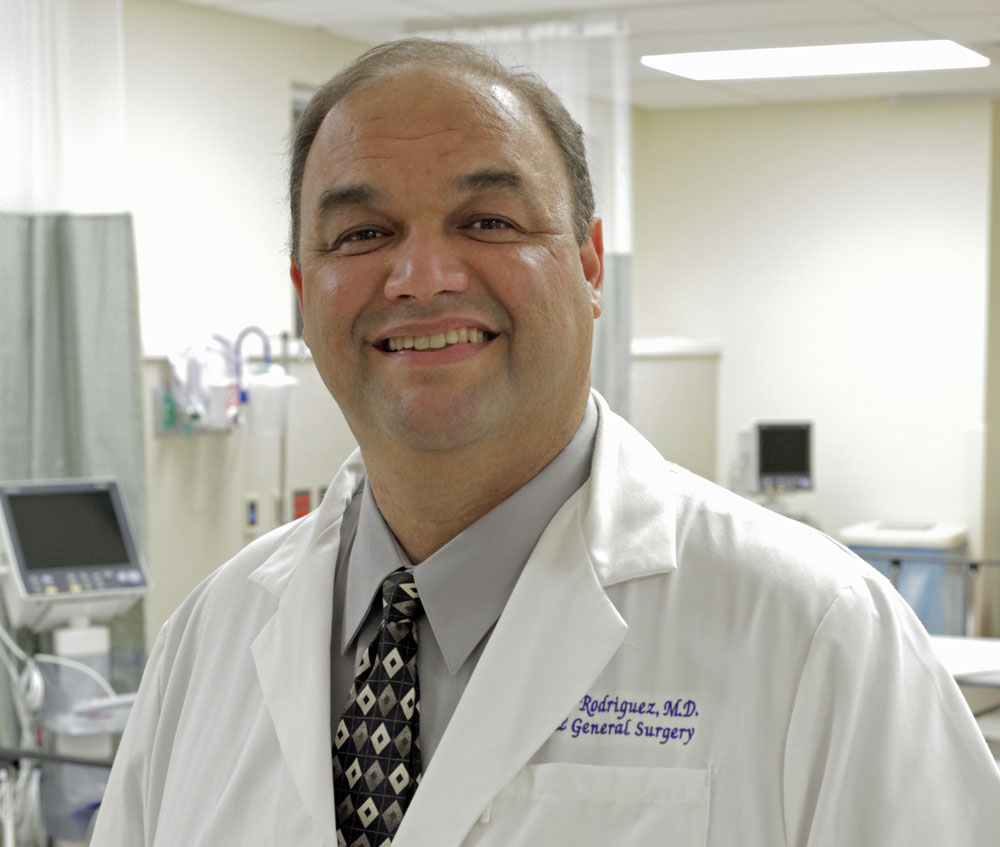 The act of healing was spotlighted in the local news, but when I saw the story I was not wholly surprised. In 2011, I had written an article for Discover about this technique, which was developed by Stephen Badylak, a bioengineer at the University of Pittsburgh’s McGowan Institute of Regenerative Medicine. Back in the late 1980s, Badylak discovered—quite by accident—that pig guts possess remarkable regenerative properties. In recent years, he has conducted a number of trials aimed at seeing just how far he can push them, while at the same time decoding the strange biochemical alchemy that makes healing with pig guts possible.

Embedded within the scaffold of pig guts, it turns out, is a series of potent molecular signaling agents that suppress the scarring response and summon stem cells to build new tissue. When pig guts, prepared correctly, are inserted into a wound site, the body begins to break down the foreign material, releasing these signaling agents and setting in a motion the healing process.

Rodriguez first heard about the technique after a patient brought him my Discover article about Badylak; and he wanted Rodriguez to use the technique to heal his injuries. Since that first paitent came through the door, Rodriguez claims to have used the technique hundreds of times, and not just for fingertips, but to save entire limbs. I hopped on a plane recently to see what Rodriguez was up to first hand.

When I arrived at his office, Rodriguez led me down a long hallway and into an examination room. Waiting for me inside, sitting on a doctor’s chair was Yancy Morales, a baby-faced, 21-year-old with a wispy moustache wearing baggy red shorts and a Miami Heat Jersey. After we shook hands, Morales extended his right leg straight out and motioned to a nasty scar several inches long on the inside of his right leg, above the knee. He pointed to a spot just above the scar at the center of his thigh. It’s the spot, he tells me, where doctors drew the line where they intended to amputate.

Morales arrived at the hospital after a car accident that split his leg open “like a butterfly and the bone was sticking out.” After a couple days in the hospital and several surgeries, the doctors sent a nurse in to inform Morales that there was nothing they could do to save his leg. They had decided to amputate.

“I’m not going to lie, I did cry,” Yancy tells me. “I’m picturing myself without my right leg. It just kept on coming at me because my leg was going to be gone, you know?”

But the nurse was moved by Morales and proposed an idea: Another nurse had heard about Rodriguez and his work with extracellular matrices shaped with pig guts. She had heard Rodriguez even managed to save another patient’s leg.

After growing back some of the lost tissue in Yancy’s leg with an extracellular matrix, Rodriguez took skin from Yancy’s upper thigh and grafted it into the wound to fill the remainder of the hole. It worked.

Yancy has been assiduously rehabbing it ever since, putting loads on the new tissue to build it back up. He says it still hurts and swells some days if he works it too hard, but there’s no mistaking his gratitude toward Rodriguez.

After I spoke with Yancy, Rodriguez led me into another examination room down the hall. Sitting on a chair, surrounded by family members was Mercedes Soto, a 35-year-old Venezuelan housewife from Caracas. In 2013, Soto was 22-weeks pregnant and on a visit to Florida; she had planned to have her baby in the United States. Two weeks later, Soto came down with an infection, miscarried, hemorrhaged and went into septic shock. 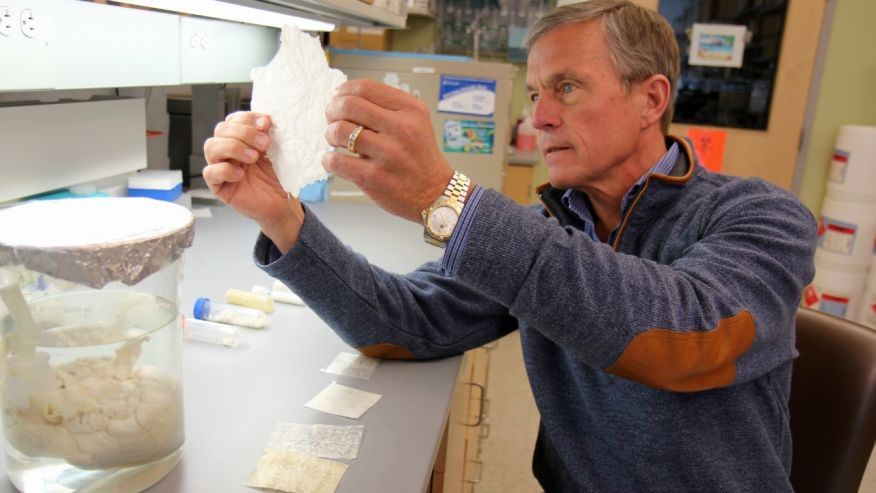 The doctors in Miami put her in a medically induced coma and managed to keep her alive using machines to pump blood to all her major organs. But circulation to her extremities was severely limited, and when she finally came to her foot and parts of her fingers were black with gangrene. The vascular surgeon informed her that she intended to amputate Soto’s whole foot at the ankle. But Soto’s neighbor in Miami told her about Rodriguez.

Sitting on a doctor’s chair, Soto shows me pictures of the way her foot used to look. The toes and the front of her foot were charcoal black, while the bottom of her foot was bloated and covered in what looked like dark green, gangrenous bubbles. Next, she showed me a picture of the foot a month later, the green had turned to an angry red, and islands of yellow. When we talked, her foot was almost back to normal, though it was too late to save the toes. Rodriguez has been attempting to grow back the toes using the ECM, but so far, the results have been less than he might have hoped.

The ECM did, however, succeed in growing back a portion of her fingers, which Rodriguez also amputated.

“The index finger grew back vey significantly, the nail came back and all,” he says. “The toes were not as impressive. There was more damage to there. But at least we did not have to amputate the foot.”

Of course, not everybody is certain this technique is ready for primetime. Some researchers claim they have had trouble replicating some of the success reported by Badylak, Rodriguez and others in their patients. Some claim you can get far better results by using matching tissues—bone tissues for bone scaffolds, muscle tissues for muscle scaffolds. Still others are dubious of the whole idea.

But Rodriguez isn’t the first doctor to use the technique before awaiting the results of trials. Steven Wolf, an Army doctor, began using the technique on injured war veterans at San Antonio’s Brooke Army Medical Center.

“I still use it today,” Wolf says. “I’ve done it four times on fingers since I got here. And I’ve gotten, on the guys I’m doing it on here, probably an extra centimeter of growth with some of these fingers. Now I know from personal experience, from empirical experience, that does not happen outside of that.”

Wolf has also tried it, and had some success, on patients with large-scale muscle loss. He attributes the slowness of widespread acceptance to the obstacles to randomized trials.

“We have to keep studying it, but the thing about it is, there’s just not that many people with this kind of problem,” he says. “In order to do it we’ve got to randomize and take someone you don’t do it in, and other you do, and they have to be homogenous.”

Yet, he adds, when it comes to digit regeneration or muscle regeneration, “from a surgical perspective, it’s almost not that big of a deal, and with a huge potential upside.”

After reading the Discover article, Rodriguez had contacted a company affiliated with Badylak called ACell that sold medical patches made of the pig guts. (Badylak and his sponsors were able to win FDA approval for the product through a backdoor tactic–the product was similar to other materials already approved for us as scaffolds or wound “patches,” – simple fillers not expected to offer any regenerative advantages).

Wolf, who is now vice Chairman of surgery and a professor at University of Texas Southwestern Medical Center in Dallas, told me he had a case similar to that of Soto—another woman, who went septic and lost digits in both of her legs. He too had managed to avoid amputation using Badylak’s material.

“I fought and fought and fought to try to preserve things, and we got the point where everything’s stable,” Wolf says. “So now it’s time to see if we can get some more finger growth. We started doing that and it actually has worked for some more length.” 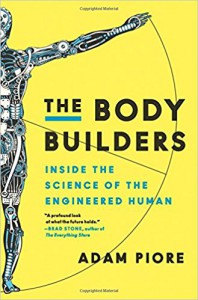 Adam Piore is the author of The Body Builders: Inside the Science of the Engineered Human and a Discover contributing editor.