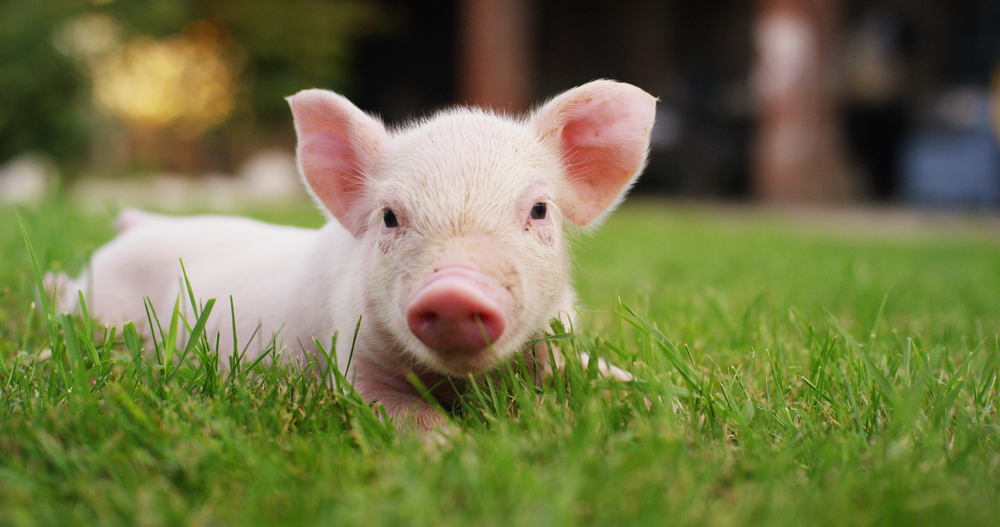 A team of scientists made artificial lungs and then transplanted them into pigs (not this one). The pigs all survived. (Credit: HQuality/shutterstock)

Ah, to live in a world where we can crank out custom-made organs to meet supply. No need for donors or years-long waiting lists.

Weâ€™re still a ways off from that organ utopia, but weâ€™re at least a little closer to bioengineered lungs becoming a reality. On Wednesday, researchers from the University of Texas Medical Branch published a paper announcing theyâ€™d successfully transplanted artificially grown lungs into four adult pigs without any complications.

In the past, experts had a hard time getting these sorts of transplants to take. They often failed within hours of surgery. But in this case, the lungs lasted at least a month, and in some cases longer.

The team, led by Joan Nichols and Joaquin Cortiella, built on previous work published in 2016, when they announced theyâ€™d bioengineered a human lung in the lab.

Now, we know that a transplant is more likely to be viable in humans someday, thanks to this pig model.

To start, the group created scaffolds upon which to build the organs. They used lungs from already dead pigs and stripped the organs of blood and tissue cells, leaving behind a bare-bones framework of proteins. They also collected lung cells from the same pigs that would later receive transplants.

Then, to create each bioengineered lung, the researchers placed those collected cells, a mixture of nutrients and the scaffold, inside of a tank called a bioreactor. There the ingredients mingled for 30 days. After that time was up, the team had a set of customized lungs, complete with a system of blood vessels.

Once the four pigs got their personalized organs, Nichols, Cortiella and their collaborators kept tabs on the porcine patients, checking in 10 hours, two weeks, one month and two months after surgery. The team noticed the pigsâ€™ bodies didnâ€™t reject the new lungs, despite not using immunosuppressants to help keep rejection rates low â€” a technique thatâ€™s common in transplants. And to top it all off, the organsâ€™ vascular network integrated â€” sometimes as soon as two weeks later â€” with the pigsâ€™ natural system of blood vessels.

All in all, this accomplishment is an important step toward pulling off the same kind of feat in humans. â€œSomewhere down the line someday,â€� says Nichols in a press announcement, â€œwe may be able to take cells from somebody, maybe itâ€™s their stem cells, and produce an organ that is their organ, tissue-matched to them with no immune suppression needed that would function the way their own lung originally did.â€�