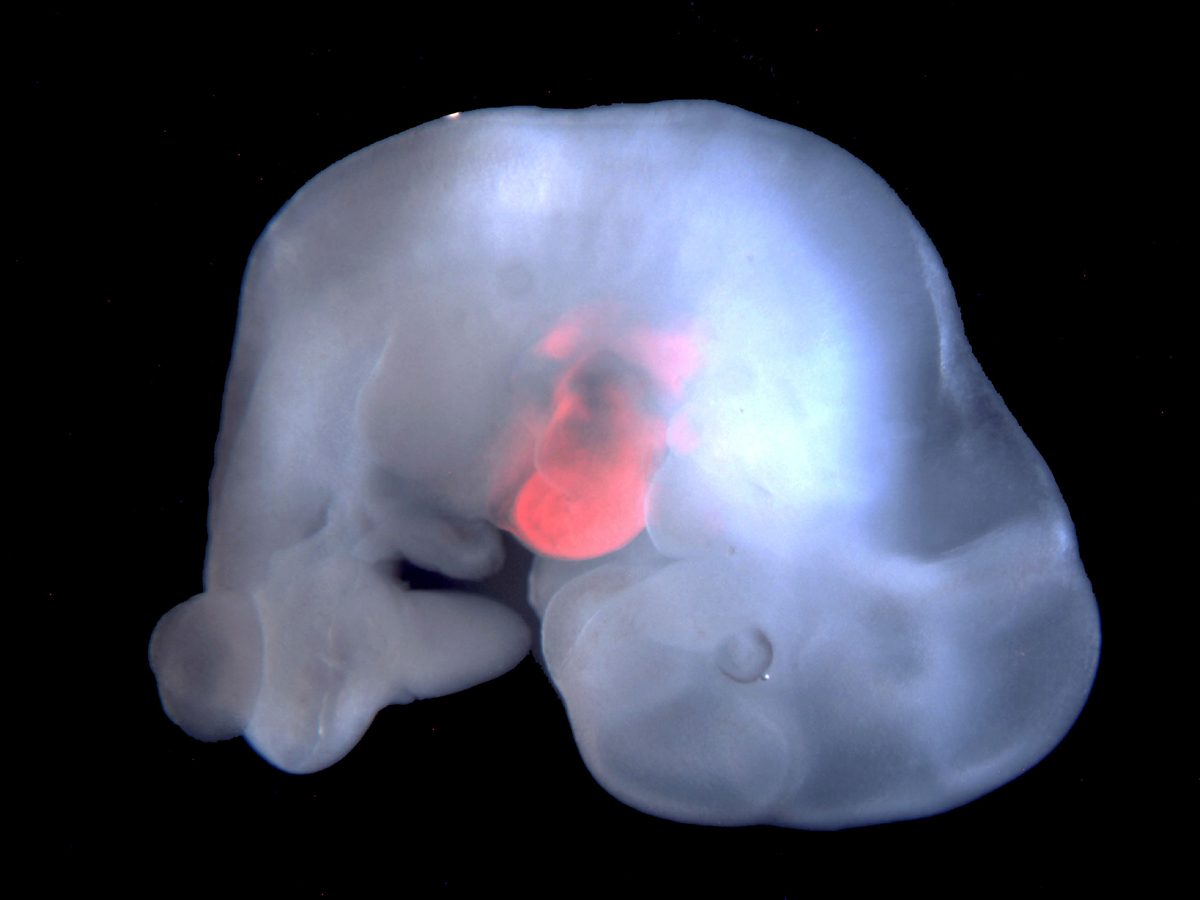 More than 100,000 people in the United States need an organ transplant, but demand always outpaces supply. An average of 20 people in the nation died every day in 2016 because organs were unavailable, and that was despite record annual donations of more than 33,000.

Physicians have proposed many solutions to encourage organ donations, including payment. But scientists are looking elsewhere to ensure a better supply. Thanks to advances in genetic engineering, a new twist on using animals for transplants offers promise. Since the 1960s, a handful of patients have received an animal organ â€” xenotransplants of everything from a baboon liver to a whole chimpanzee heart. But many patients died because their immune system rejected the transplant.

Attempting to outwit evolution, Hiromitsu Nakauchi, a physician and geneticist at Stanford University, proposed a solution to this immunity problem: Instead of transplanting an animalâ€™s organ, scientists could grow a customized human organ in an animal. By adding a patientâ€™s own stem cells to an engineered animal embryo, Nakauchi and others hoped to grow a new, healthy organ ready for transplant.

Nakauchi was the first to demonstrate that the idea of growing one speciesâ€™ organ in another speciesâ€™ body was even possible, first between mice and rats in 2010. Another research group grew human cells in a pig in 2017, offering further proof of principle. Nakauchi recently reviewed his process in the Annual Review of Cell and Developmental Biology. We talked with him about this promising frontier as well as its many scientific, health and ethical challenges.

This conversation has been edited for length and clarity.

In your article, you talk about â€œmammalian chimeras.â€� What are those, and how do they relate to your research?

A chimera is an organism with cells from two genetically different individuals. The easiest chimera to understand is somebody with a heart transplant or bone marrow transplant: That patient has somebody elseâ€™s cells in their body. So theyâ€™re a chimera. My ultimate goal is to make human organs, and for that, weâ€™re first trying to make animal chimeras.

Tell me a bit about that. How exactly does your idea work?

Weâ€™re basically mixing human stem cells with an animal embryo and some genetic engineering in between. The idea is that if we know how to control what genes code for, we should be able to generate organs from someoneâ€™s genetic blueprints.

About 25 years ago, I started working with hematopoietic stem cells, which are cells that can make all your blood cell types. At the time, they were the only stem cells we knew much about because they were used in bone marrow transplants. I still use them today. I thought if we studied and understood the mechanism of how those cells work, it may be possible to generate organs from a single cell using a patientâ€™s own genetic blueprint.

In bone marrow transplants, the recipient must first have irradiation to remove his or her own hematopoietic stem cells. Itâ€™s called myeloablation, and without it, you really cannot ingraft stem cells. Itâ€™s like a hotel room: Unless the previous guests leave, and the room is empty, you canâ€™t take any more guests.

So it cleans the slate to make room in the bone marrow for the new blood-forming cells?

Exactly. We still donâ€™t know how it works, honestly, but without irradiation and emptying that so-called niche to create an open space, you really canâ€™t ingraft donor stem cells. Itâ€™s quite amazing, and itâ€™s a critical detail for my experiments.

If we just put stem cells into a normal animal embryo, our idea wouldnâ€™t work because thereâ€™s no open niche in the embryo â€” it still has all the genes to make its own organ rather than the other individualâ€™s. So the entire chimera would be a mix of cells from both individuals. But if we genetically modify the embryo so that it canâ€™t make its own kidneys, for example, that will leave a space for the other individualâ€™s genetic information to make the kidneys. That was the idea: Prepare a space for a certain organ in the animal embryo, combine the embryo with human stem cells to form a chimera, let it grow and you get an organ made of cells from the source you want â€” the patient. 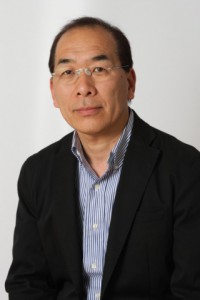 In 2010, you implanted rat stem cells into a genetically engineered mouse embryo, and the mouse developed a ratâ€™s pancreas. What did you learn from that experiment?

That was the initial experiment. The pancreas was functional, and those chimeric mice were happy, but the pancreas was mouse-sized; it was too small to transplant back to the rat. It showed organs can be generated in other species but couldnâ€™t yet show they could be transplanted.

So we reversed the process in a later experiment. We injected mouse stem cells into rat embryos. This time we got a rat with a rat-sized mouse pancreas â€” a huge mouse pancreas. We couldnâ€™t transplant the whole thing. But we could transplant islets, small clusters of cells that produce insulin in the pancreas. We do human-human islet transplants now to treat diabetes patients. We get those islets from people whoâ€™ve passed away, but again, the number of islets to transplant is very limited.

So that raises another question: Why canâ€™t we just use organs from people who have died?

We donâ€™t usually transplant from cadavers because the organ tends to be contaminated by bacteria immediately after death. You may know that if a patient is brain dead, heart transplant surgeons will take out the heart while itâ€™s still beating. They donâ€™t wait because the heart will start to deteriorate.

Thatâ€™s a little shocking. So how do experiments with mice and rats lead to transplants for people?

Those early experiments provided evidence that a developing embryo can grow organs of other species. The organ was generated, useful and a perfect match. Thereâ€™s no need for immunosuppression or fear of organ rejection because itâ€™s the patientâ€™s own organ. If this applies to humans and sheep or humans and pigs, we should be able to use a sheep embryo environment to grow human organs. Then cut it out and put it into the patient.

Isnâ€™t that a long time to wait for an organ?

Pigs and sheep both grow very fast, so from our estimates, it would take about 10 months or less. It depends on the organ, though. For pancreas islets, it might require something like newborn piglets, whereas for something like a heart, you may have to wait longer.

What are the chances of a bacterial or viral infection?

Inside the animal body, itâ€™s clean. Just like inside our abdomen, or in a uterus, or even in our bloodstream, it should be clean. Otherwise weâ€™d get infected, right?

We do have specific pathogen-free pigs reared in a clean room that are regularly monitored for infections. So, that part is taken care of. Often brought up is the worry about pigs having an endogenous retrovirus, which some people say could activate and infect human cells. But that possibility has been almost denied. Iâ€™m not saying thereâ€™s no potential danger. Thereâ€™s always a risk, and weâ€™ll need a risk-benefit balance. But I consider a chance of getting some weird infection very small.

Editorâ€™s note: Pig retroviruses called porcine endogenous retroviruses or PERVs are viruses that previously â€” maybe millions of years ago â€” infected pigs and left a bit of their viral DNA in all pigs. Studies have shown some of these viruses can reactivate in petri dish experiments using human cells, raising health concerns for xenotransplants. However, numerous studies looking at the threat of retroviruses infecting people have found no evidence of viral transmission.

What barriers or technical challenges still need to be solved?

A major barrier is doing these experiments in large animals â€” theyâ€™re not like mice and rats. Theyâ€™re expensive, they canâ€™t breed year-round, we can only use a limited number of them for experiments, and theyâ€™re evolutionarily distant from humans. But we now need to show we can generate organs in large animals. Thatâ€™s the goal and the challenge, and weâ€™ve still not succeeded. Thatâ€™s my focus now. Once weâ€™ve succeeded, then Iâ€™ll turn to the safety issues.

On a more technical side, gene editing technology has developed significantly over the past 10 years, which is great because otherwise using large animals would be impossible. We still need to optimize the culture conditions for human stem cells, though. When we use something like in vitro fertilization to make a sheep or pig embryo, weâ€™d culture it for three or four days before embedding human stem cells. We still donâ€™t know the best culture environment, however, and thatâ€™s causing reproducibility issues. We still need to develop that. Otherwise, this is pretty low-tech science.

If this sort of xenotransplant became practice, would we have animal farms meant specifically for transplants?

Probably not a farm, but weâ€™d need a facility just like a farm. From the outside, itâ€™s just a pig farm, but inside those pigs are human organs â€” your heart, your liver.

Arenâ€™t there a lot of ethical issues with having farms meant just for harvesting organs? Thereâ€™s something unsettling about that.

Yes, which is probably why the National Institutes of Health is not funding these studies, and Japanese companies follow government guidelines against making these chimeras. Itâ€™s an unpleasant feeling â€” an icky feeling. But we sacrifice maybe billions of pigs and sheep every year to eat, unless youâ€™re vegetarian or vegan, which Iâ€™m sensitive to. If itâ€™s OK to sacrifice animals for food, why not use a small part of those animals to save somebodyâ€™s life? I know many patients with a very low quality of life because of organ failures, diabetes, or complications from immunosuppressants after a transplant. Knowing these people as a medical doctor, I think this research is rational.

People have also talked about trying this in non-human primates. Is that really under consideration?

The idea is there, and Iâ€™m almost 100 percent certain we could make human organs in, say, a chimpanzee because weâ€™re closely related. But itâ€™s not easy because theyâ€™re not like mice and rats. They have very particular reproductive seasons and mate choices, itâ€™s difficult to prepare a surrogate mother, and then it takes years for them to grow to a certain size.

And of course, there are the ethical questions. Thatâ€™s an animal that looks somewhat human. Thatâ€™s scary. I donâ€™t like it. Unless itâ€™s a kidney, which we could take one of, weâ€™d have to sacrifice those chimps. But what are you going to do with a chimp with one kidney? Weâ€™d need to keep it, and thatâ€™s very expensive. So overall, it doesnâ€™t really make sense. Itâ€™s not very practical.

How long until we might see this option for patients?

Five years ago, I thought we might be able to generate organs in pigs rather soon. But after doing some preliminary experiments, the genetic distance between these species and humans is too large. Itâ€™s not as simple as mice and rats, which diverged roughly 21 million years ago. But sheep and humans or pigs and humans separated about 94 million years ago. That makes it more challenging, and we donâ€™t really know the factors hindering it; it could be a cell receptor, a ligand, cell adhesion molecules or something in the cell cycle. We donâ€™t know.

How do people generally react to your work?

Editorâ€™s note: This story was updated March 25 to correct two points. The 2010 experiment by Hiromitsu Nakauchi involved induced pluripotent stem cells generated from rat skin cells, not pancreas cells, as the original story stated. Guidelines against developing chimeras in Japan were put in place by the government, not by companies.

This article originally appeared in Knowable Magazine, an independent journalistic endeavor from Annual Reviews. Sign up for the newsletter.