Author Vishay SinghPosted on May 19, 2017May 19, 2017Categories Discover Magazine

There’s an age old belief that baby snakes are more dangerous than adult ones. There are generally two proposed reasons why this could be: either a) young snakes have yet to learn how to control how much venom they inject, so they deliver all of their venom per bite, or b) that because the snakes are smaller, they need more potent toxins to successfully take out their prey. The first is misleading, because even if baby snakes did dump all their venom into each bite, they still have so much less venom than adults that it doesn’t matter (and there isn’t any real evidence they lack self-control). The second, though, warrants closer investigation: do younger, smaller snakes really have deadlier venoms? A new study on brown snakes in Australia says no—and in fact, the opposite can be true.

A lot of things change as an animal ages. Whether referring to hormone levels or limb proportions, scientists refer to the physiological shifts that occur as an individual grows up as ontogeny or ontogenetic changes. So to ferret out the truth about the idea that baby snakes are more dangerous, the technical term for what scientists are looking for are ontogenetic changes in venom potency.

There’s little doubt that smaller, juvenile snakes experience a different world than their their full-grown counterparts. They are more vulnerable to attack due to their slighter frames, and when it comes to diet, they can be limited by what animals are sized to fit in their mouths and stomachs. Given these differences, it could be advantageous for a species to undergo an ontogenetic shift in venom, including a change from wielding a highly potent toxic cocktail as a young serpent to a weakened version as an adult. But, of course, just because a trait could be useful doesn’t mean a species will evolve that way. 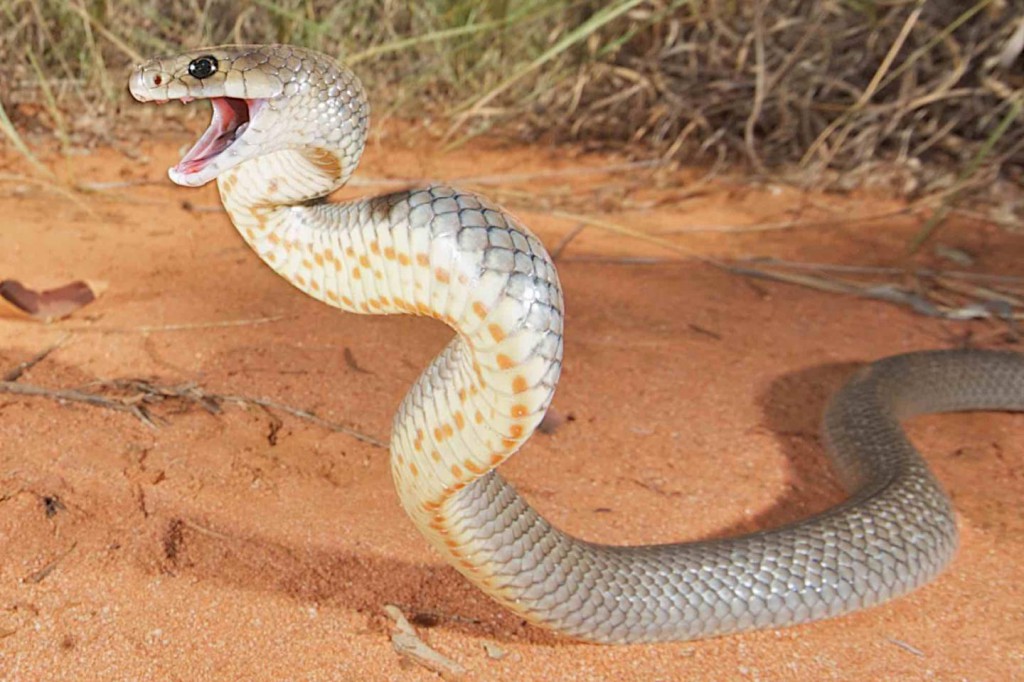 Brown snakes (Pseudonaja species) are arguably the deadliest snakes in Australia, as their bites cause more deaths than any other group. So it was only logical for Vittoria Cipriani, a master’s student in Dr. Bryan Fry’s Venom Evolution Lab at the University of Queensland, and her colleagues to look for potential venom ontogeny in this medically problematic genus. The researchers collected venom from eight species of brown snakes, including the venoms of three species of captive-bred baby brown snakes and their parents. The venom samples were then run through a barrage of activity tests, which measure how potently the venoms perform different toxic actions, allowing the scientists to look for specific differences in the venom samples. In particular, the scientists wanted to see how potently the different samples activated blood clotting cascades, as brown snake venoms tend to kill by causing massive internal bleeding (bleeding which, as paradoxically as it sounds, is the result of the victim’s blood clotting too much, a condition known as consumptive coagulopathy).

They found that snakes of different ages did indeed have different venoms—but it was older snakes, not younger ones, that possessed the deadly, clot-forming venoms brown snakes are notorious for. The younger snakes’ venoms lacked the blood-destroying enzymes of their parents (but considering the small serpents still possess paralyzing neurotoxins, they’re anything but harmless!). While previous studies have found slight shifts in venom composition between juveniles and adults, this study found a far more pronounced change.

These venom differences between young and old are probably related to different diets, explained senior author Bryan Fry. “Young brown snakes may produce clinical symptoms like that of a death adder, as they seek out and paralyze sleeping lizards,” said Fry in a press release. “Once older, their venom contains toxins that cause devastating interference with blood clotting, causing rodent prey to become immobilized by stroke.”

These results call into question the effectiveness of treating young brown snake bites with the same antivenom used for adults, as the venoms are so distinct—something Fry is very eager to examine. “It may be that the antivenom has enough antibodies against the neurotoxins in order to neutralize the babies as well, but that is the next step we want to test,” he told The Brisbane Times. They also suggest that, contrary to the oft-repeated belief, the venoms from juvenile brown snakes are less lethal drop for drop—to us, anyway—than those of adults. However, given the venoms still possess other toxins (paralytic neurotoxins, to be precise), it wouldn’t be wise to assume it’s safe to mess with baby browns and risk getting bit.

The study also found additional toxic activities in adult brown snake venoms that explain what makes these animals’ venoms so devastatingly clot-inducing. “It was previously known that brown snakes are like taipans in converting a protein called prothrombin into thrombin, which in turn forms the blood clot,” said Fry. “However, the speed of action could not be accounted for based on this action alone. Our team discovered brown snakes are potent in activating Factor VII, another blood clotting enzyme.” The combination of the two enzymes, Fry said, would create a “venomous vortex” that would “dramatically accelerate the effects upon the blood.”