“Non-Western Magic in the European Brain” – Return of Voodoo fMRI? 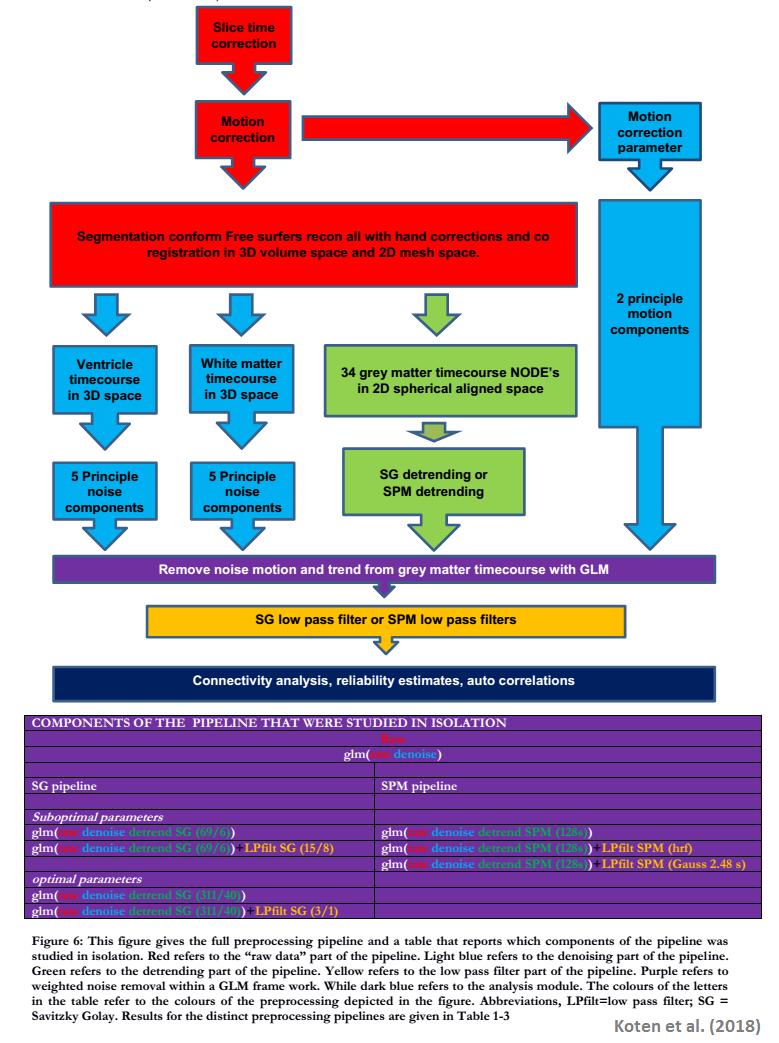 A preprint recently posted on bioRxiv has garnered a lot of attention – mainly because of its title. The article, from Jan Willem Koten Jr et al., is called Occurrence of non-western magic in the European brain, an intriguing although not very informative title for a scientific paper.

The intrigue deepens once we read the paper and find references to the famous ‘voodoo correlations’ and also a new species of neuro-monster: ‘zombie oscillations’, which the authors claim to have discovered and which, they say, may “reflect brain activity that is not under the voluntary control of the individual.”

But spooky terminology aside, what’s really going on?

As far as I can see, this preprint is not about magic or even voodoo correlations. Rather, it is about a signal processing technique called Savitzky Golay (SG) filter, widely used in chemistry and elsewhere. The authors propose that using SG filters instead of conventional filters could help improve fMRI data processing. To this end, they coded a MATLAB toolbox for SG-izing fMRI data and used it on data from a simple working memory fMRI experiment.

The trick, however, is that an SG filter is defined by two parameters: window length and polynomial order. Koten et al. didn’t know the optimal parameters so they tried, well, almost all of them – which is a lot:

By their own description, this was a “brute force” approach to statistics. They did the whole thing again to find the optimal SG filter for low-pass filtering. This must have taken a while to run.

Having found the optimal filters, Koten et al. go on to show that they are more effective than existing approaches (unfiltered data or classical SPM filters) with a dizzying set of comparisons:

The bottom line is that the SG filters performed better, in terms of increasing the test-restest reliability of the task-related signal (there were two fMRI sessions, on the same day). SG filters also produced higher connectivity between brain regions compared to SPM (slightly):

I’m not sure if we can really describe these as ‘true’ connectivities because we don’t know the ground truth (as the authors acknowledge), though.

So what about those ‘zombie oscillations’? These do seem to be a mystery. Koten et al. say that only SG filters, but not SPM, removes these oscillations:

Our analyses suggest that SG filters detect oscillations not related to task, which are substantially faster than oscillations removed through classic SPM high pass filters. We can exclude the possibility that zombies are related to scanner drift, physiological noise as captured by our regressors or head motions…

Here is, as far as I can tell, the only known picture of a zombie oscillation in the wild (from Fig 10) – the zombies are in red and pink: 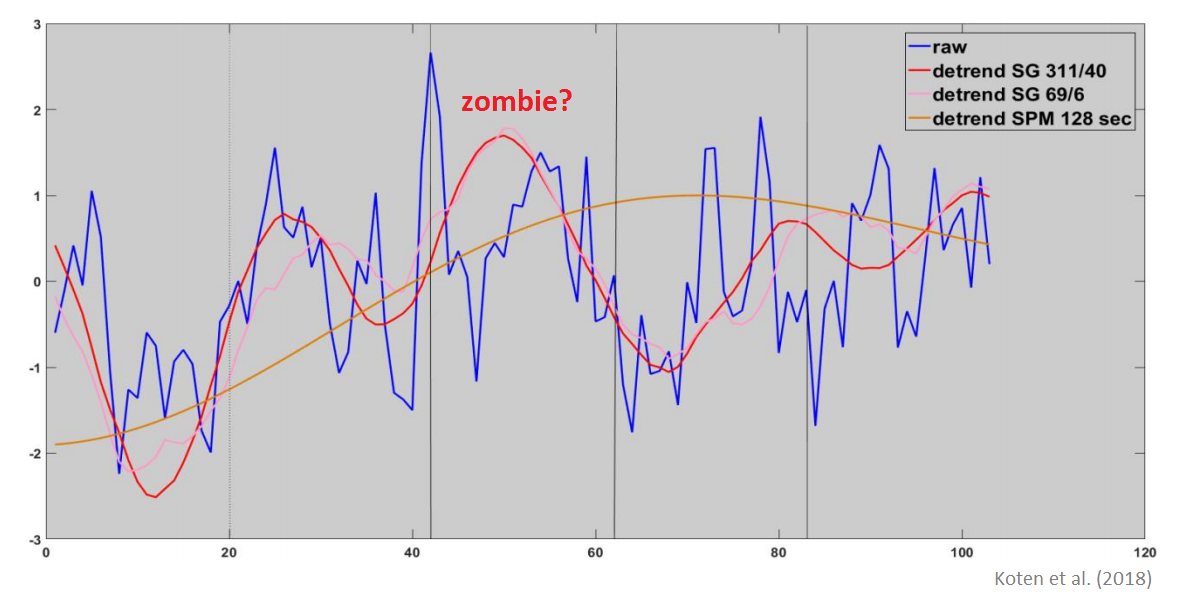 I’m not sure what to make of this: these seem to be oscillations slightly faster than the ones picked up by the SPM detrend, but I’m sure SPM would pick them up if the parameters were changed. Whether they have any zombie-like properties remains to be seen.

Overall, this preprint has a brilliant title while the topic described is highly technical and quite preliminary. Savitzky Golay filters may be useful for fMRI, but the specific optimal filters identified by Koten et al. are unlikely to be optimal under other conditions. As they put it, “We are left with the platitude that one study is no study… It is very unlikely that our pipeline generalizes to other fMRI experiments.”