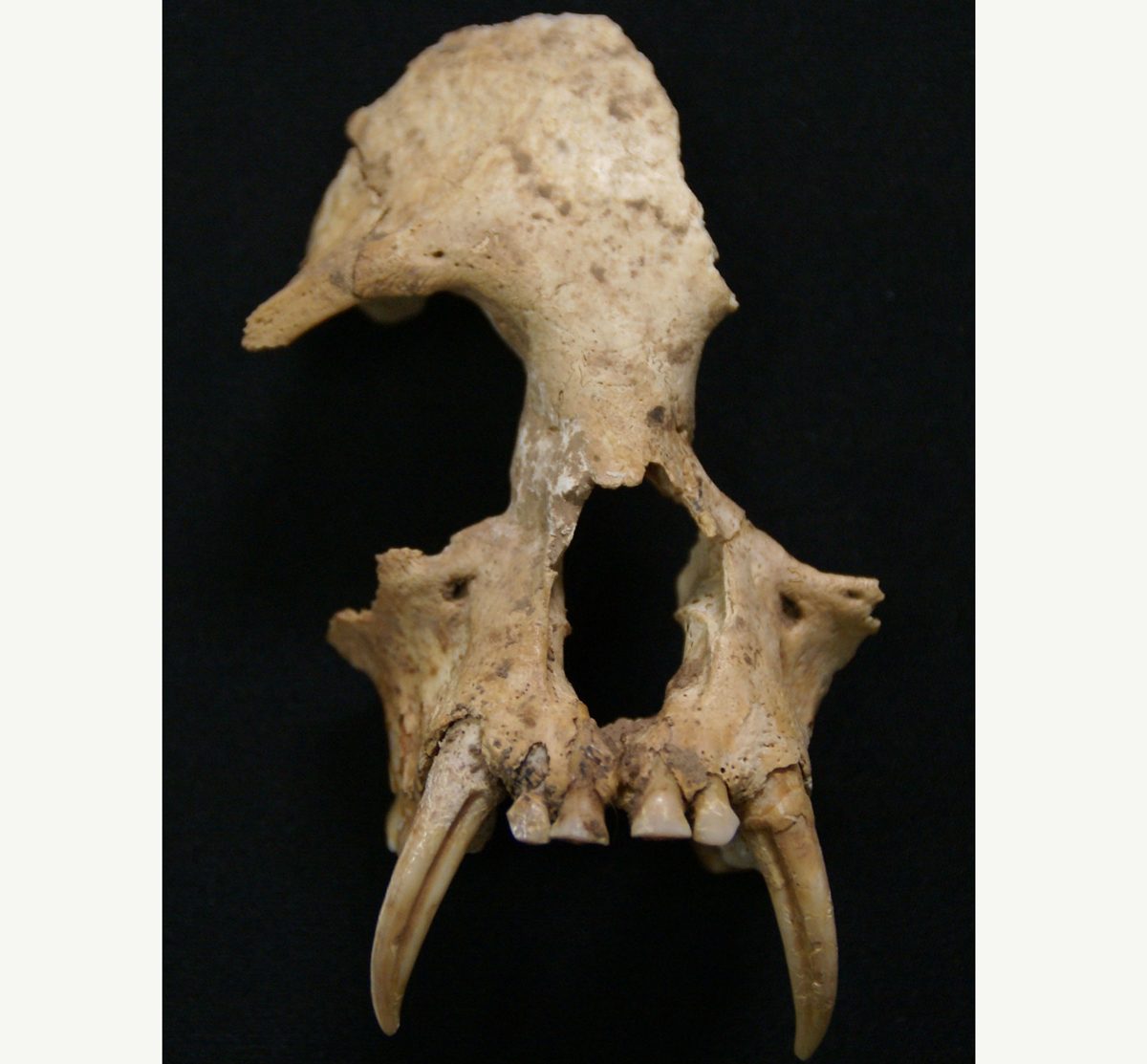 In what may be the tomb of the grandmother of the first emperor of China, scientists unexpectedly discovered the bones of an extinct and hitherto unknown species of gibbon, a new study reveals. These findings suggest there was a higher level of ape diversity after the last ice age than previously thought, and that the number of primate extinctions due to humans has likely been underestimated.

In 2004, researchers excavated a tomb in the city of Xiâ€™an in China, once the ancient capital Changâ€™an, where Chinaâ€™s legendary terracotta soldiers were unearthed. The tomb was roughly 2,200 years old, dating back to the Warring States period, when kingdoms warred to unify China into one empire.

Buried With A Zoo

Archaeologists suggested the tomb belonged to Lady Xia, grandmother of Chinaâ€™s first emperor Qin Shihuang, whose notable deeds included building what became the Great Wall of China. Like some prior elite sites from the same era, this tomb had a â€œgrave menagerieâ€� â€” a dozen pits loaded with animal bones, including the skeletons of leopards, bears, lynxes, cranes and, surprisingly, a gibbon.

Gibbons were admired in ancient China, with homage paid in both paintings and poems. That they lived deep in forests gave them a grand, mysterious air, and the primates were widely regarded as a symbol of gentlement or junzi in ancient China. Gibbons were also kept as prestigious pets during the Zhou dynasty, the researchers said.

Xiâ€™an is located in the northwestern Chinese province Shaanxi. â€œShaanxi is located a huge distance from any of Chinaâ€™s surviving gibbon populations, which immediately suggested that this specimen could be something extremely interesting,â€� said study lead author Samuel Turvey, a zoologist at the Zoological Society of London.

Consisting mostly of partial facial and jaw bones, the mysterious gibbonâ€™s remains were compared to known living and extinct hylobatids, the group of primates that includes gibbons and siamangs. The scientists found this gibbon was a new genus and species, which they named Junzi imperialis. â€œAn extinct genus and species of ape was living among us as recently as 2,200 years ago,â€� Ortiz said.

Judging by its teeth, Lady Xiaâ€™s gibbon â€œJunzi,â€� as the researchers call the primate, was a young adult, and ate fruit. It was probably slightly larger than most gibbons, but smaller than siamangs, Ortiz said.

Gibbon remains are scarce in the archaeological and fossil record. Junzi now reveals there was a previously unknown level of ape diversity after the last ice age, Ortiz said.

However, this discovery is â€œbittersweet,â€� Ortiz said. Although all living species of apes are today threatened with extinction due to human activity, itâ€™s likely that â€œthe discovery of Junzi represents the first case of human-caused extinction of an ape in the recent past,â€� Ortiz said.

However, the researchers donâ€™t go so far as to suggest that the interest of ancient Chinese royals in keeping gibbons as pets was the major reason behind Junziâ€™s extinction, according to Ortiz. Instead, they note that Changâ€™an was densely populated at the time Junzi lived, which likely fragmented the habitat in which the gibbon lived.

â€œThe fact that gibbons are almost entirely restricted to the forest canopy and have very limited gap-crossing abilities in the forest makes them extremely vulnerable to habitat fragmentation,â€� Ortiz said. Gibbon populations can therefore be quickly broken up and isolated, shrinking their gene pools and leading rapidly to extinction, she said. In addition, â€œhunting â€” for food, traditional medicine, the pet trade â€” likely played a role in the extinction of Junzi,â€� Ortiz said.

The discovery of Junzi, along with historical accounts, â€œsuggest that human-caused loss of primate diversity in continental ecosystems during historic times has probably been underestimated,â€� Ortiz said. â€œThis helps us to have a better understanding of the vulnerability of ape species to human pressures and their conservation requirements and priorities. Ultimately, all this is important to raise public awareness on the rapid extinction of species and the need for more conservation efforts both at a global and local scale before it is too late.â€�

â€œGibbons and siamangs, together with the great apes â€” chimpanzees, bonobos, gorillas and orangutans â€” are our closest living relatives,â€� Ortiz said. â€œIt is sad to see how several species are disappearing from our planet and that we, as humans, have been the most likely culprits of their extinction during historic times.â€�

The scientists detailed their findings in the June 22 issue of the journal Science.