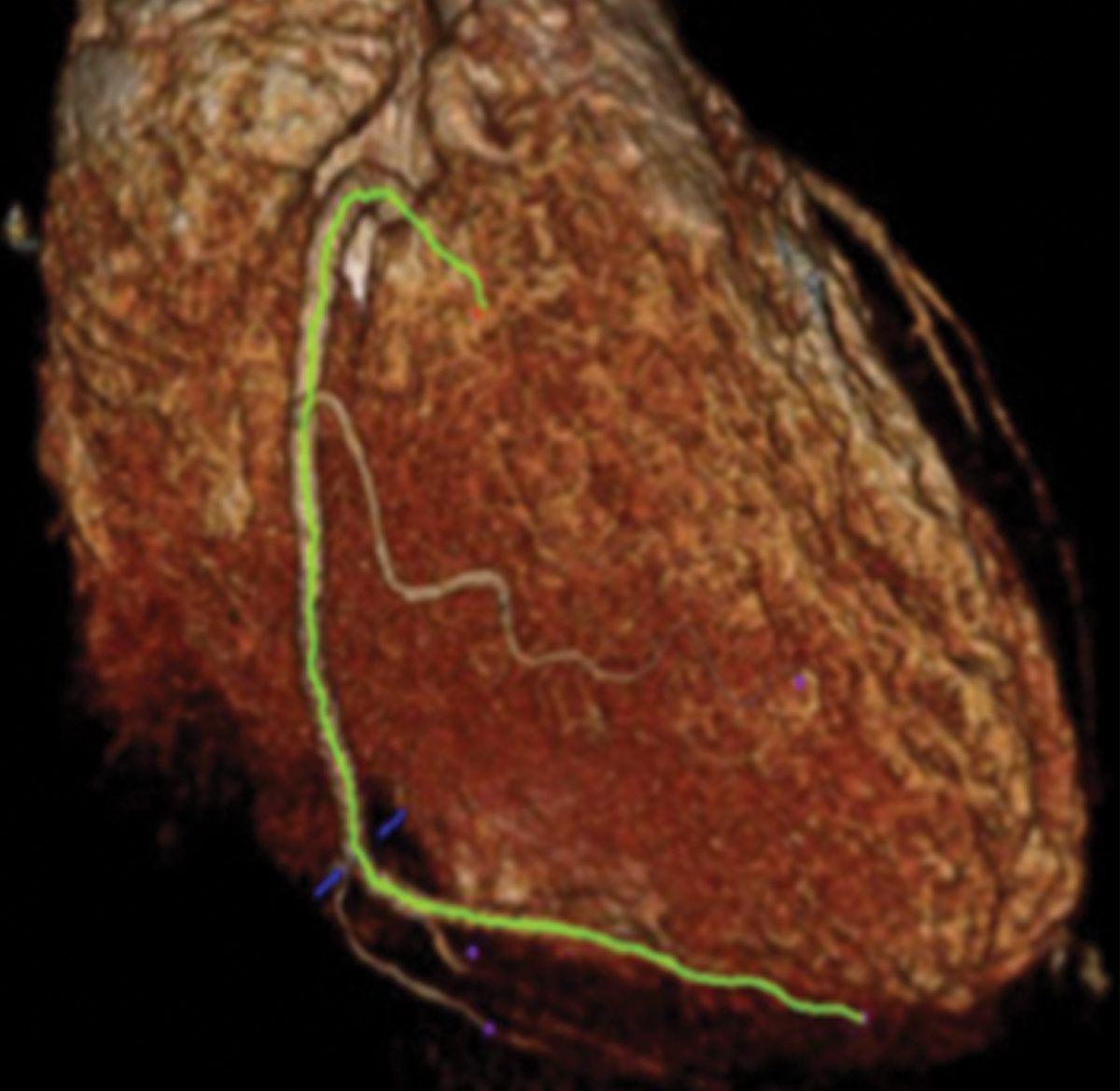 A new, noninvasive imaging method lets researchers pick up on the warning signs of heart disease long before a heart attack or stroke can take place.

The noninvasive technique uses current computed tomography (CT) scanning technology to analyze images of fatty deposits lining blood vessels in order to flag potentially dangerous inflammation. Using the data from heart scans, researchers from the University of Oxford developed an index measuring changes in fat tissues around blood vessels to determine if patients are at risk of developing heart disease.

Before It’s Too Late

Currently, doctors use CT scans to check for signs of inflammation and plaque buildup by assessing the levels of calcium that narrow and harden arteries. By the time calcification is visible, however, the damage has already occurred. What’s more, the scans don’t reveal which plaques could be at risk of breaking free and clogging arteries. A better tool would tell doctors which patients could benefit from statins and other risk-reducing drugs in time to avert permanent harm.

“Treatments that are known to reduce the risk of heart attacks, such as statin drugs, reduce inflammation much more than any detectable reduction in coronary artery narrowing,” says Keith Channon, a professor of cardiovascular medicine at Oxford and study co-author. “So the strong evidence from basic science and clinical cardiovascular evidence is that detecting inflammation is the key to diagnosis of coronary artery disease.”

The method developed at Oxford does just that. One key observation drove the breakthrough: The fat surrounding arteries begin to look different when they become inflamed, which is a precursor of more serious damage. Inflammatory proteins called cytokines prevent the tissues from holding on to lipids, resulting in more watery-looking fat deposits. With the CT scans, the researchers can watch this process occur and pinpoint areas prone to plaque build-up. In addition, they say that their technique can also identify plaques that are in danger of bursting free from artery walls and stopping blood flow to the heart or brain.

After initial tests on tissues donated by patients undergoing heart surgery, they compared their CT-scan prognosis to measurements of inflammation taken by positron emission tomography (PET). The results match up, they say, indicating that the much less expensive CT scans can perform the same function. They also applied the technique to 273 patients, some of whom had heart disease and some who didn’t, to see if they could predict health outcomes for them. Among the five who had heart attacks, they saw the kind of changes in fat tissues that heralded heart disease. The results were published today in Science Translational Medicine.

While the technique uses equipment already common in hospitals, it does require special software, the researchers say. They hope to develop user-friendly versions of the program, but for the moment, the technique can only be used at their lab in Oxford.

As they continue to develop the process it should also be useful in detecting other medical emergencies like strokes and aortic aneurysms. Underway at the moment is a large-scale clinical trial of their technique, they say, the results of which should be published before the end of the year.