Astronaut Ron Garan has no time to come back in for a bathroom break during a spacewalk in 2011. (Credit: NASA)

The goal for participants, aside from winning up to $30,000 in prizes, was to design an in-suit waste management system that could safely move urine, menstrual fluid and fecal matter away from the body without having to use human hands. The catch? It also had to function in zero gravity, ideally, for at least six days.

“How is this waste treated such that it does not harm the astronaut or even kill them?” asked Mastracchio. “Given enough time, infection or even sepsis can set in.”

In zero gravity environments, liquids are shaped by surface tension to form perfect spheres, which are still absorbable. Solids, or in this case human waste, are a bit less manageable.

Astronauts typically wear adult diapers while on missions in low-earth orbit–about 250 miles above the planet—and during launch. This is because in an emergency situation, it would only take a few hours for the crew to return to Earth.

Working a bit further away in what’s called “lunar orbit,” poses a few more challenges. It would take several days to return to Earth from one of these missions should something go wrong – way too long for someone equipped only with an adult diaper. The challenge was to provide a sanitary solution that would suffice for 6 consecutive days.

The winning entry in the Space Poop contest, submitted by Air Force officer and flight surgeon Thatcher Cardon, incorporated a small airlock system in the groin area of the suit. Toiletries like diapers and bedpans would be inserted through a small hole within the airlock, and would then expand once they were safely inside the suit. He called it the MACES Perineal Access & Toileting System (M-PATS).

Other winning entries included an air-pressure tube system that would push fluids down and out of the suit, an external-catheter and a mechanism that would compress, seal then sanitize solid waste before storing it in the back of the suit. 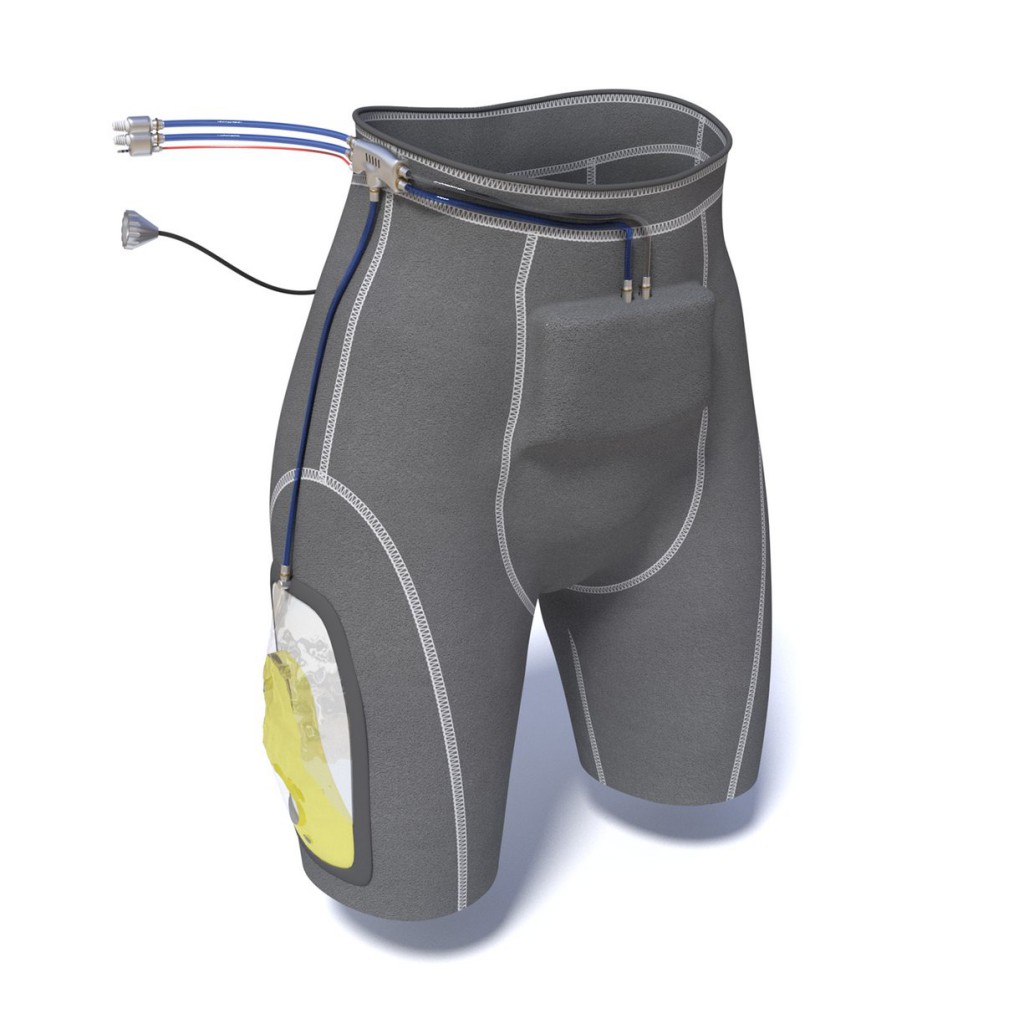 Commenting to NPR about his suit, Cardon added, “They (medical personnel) can even replace heart valves through catheters in an artery. So it should be able to handle a little bit of poop!”

For now, Cardon’s design and other ideas submitted during the competition, will be used by NASA to build prototypes. Eventually, they’ll be put to the test during a trial run aboard the International Space Station. The hope is that they will one day be used in lunar orbit missions – which haven’t taken place since the Apollo program in 1972.

These designs may also be useful for those of us still stuck on earth. Safer waste-management and removal systems could have a profound impact on hospital sanitation and patient safety— perhaps taking a few “hands-on” cleaning duties out of the mix.