Meanwhile, in the Pacific… 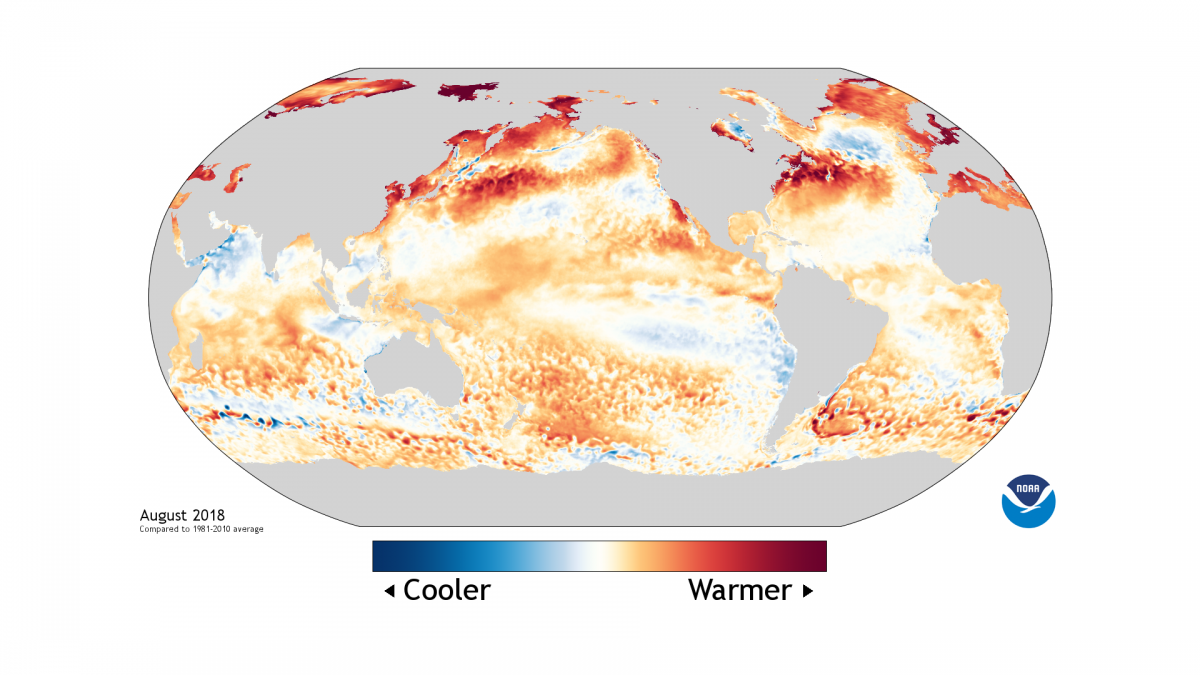 Colors on this map show where and by how much monthly sea surface temperature differed from the 1981 to 2010 average during August 2018. (Source: NOAA)

As Hurricane Florence began lashing the Carolinas this morning, another potentially disruptive atmospheric and oceanic phenomenon continues to brew thousands of miles away in the Pacific: El Niño. 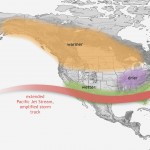 We should care because what happens in the Pacific doesn’t stay in the Pacific. Here in the United States, El Niño tends to amplify winter storm tracks across the southern tier of the country, bringing wetter conditions. Meanwhile, farther north, it tends to be warmer and drier than average. (Click on the thumbnail to see typical winter weather impacts during El Niño episodes.)

That warmth hasn’t yet crossed the threshold needed for an official El Niño declaration. So we’re still in neutral. But models and physical signs in the Pacific suggest El Niño is starting to get rolling.

Along with the warming of surface waters, El Niño brings a weakening, and sometimes a reversal, of the surface trade winds that normally blow from east to west along the equator in the Pacific. While nothing major has happened yet, those winds have weakened a bit on several occasions in recent months.

Nothing “exceptionally powerful” has happened with the winds yet, writes NOAA research scientist Emily Becker at the ENSO Blog. But several modest bouts of wind weakening have been “enough to provide some confidence to the forecast that El Niño conditions are on the way.”

One of those bouts helped a large blob of warm water extending down to about 1,000 feet migrate toward the east. All that warmth should help increase temperatures at the sea surface in the region key to an official El Niño declaration.

For the next several weeks at least, tropical cyclones are likely to be in the headlines. But stay tuned for what seems to be coming after the leaves fall…