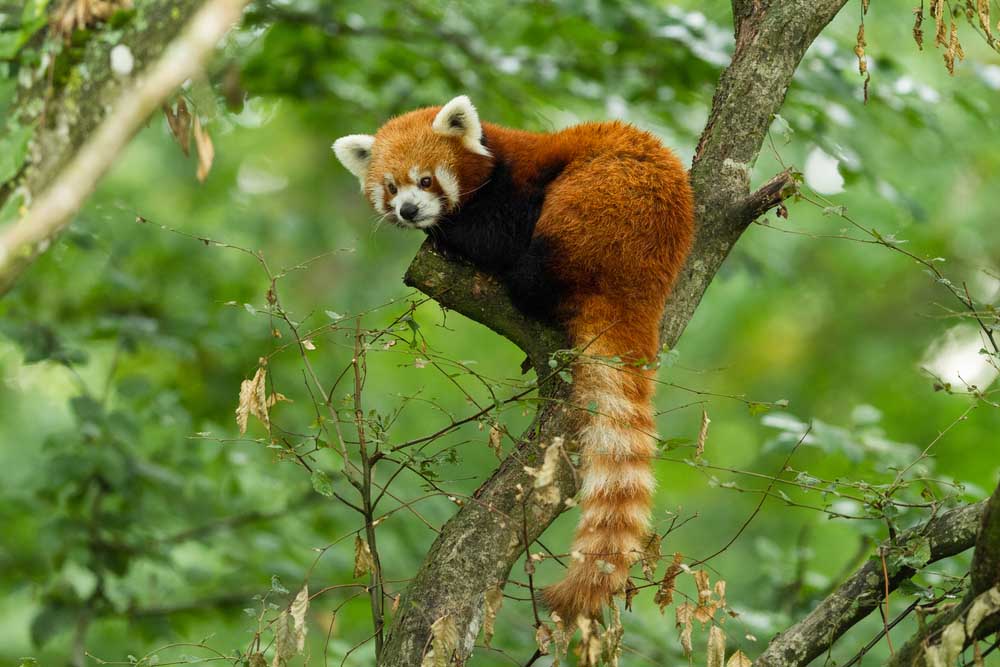 A red panda perches in a tree. (Credit: Frenchwildlifephotograher/shutterstock)

Mass extinctions — when Earth loses more than three quarters of its species in a short geological period — have happened five times in the last half billion years. Scientists suggest a sixth is underway. As part of the crisis, mammals are dying off at least 45 times faster than experts predict. Extinction threatens more than twenty percent of living mammals thanks in large part to a booming human population, vanishing habitats and climate change. Matt Davis, a paleontologist at Aarhus University in Denmark, who led the new research, wanted to know how much diversity mammals will lose during the current mass extinction, but more critically, whether they can recover from the diversity loss.

To find out whether mammals can evolve fast enough to outpace the threat of extinction, the researchers assessed the evolutionary lineages of 30 groups of mammals. The groups included all currently living mammals and all mammals that went extinct in the last half million to one million years. The scientists combined this analysis with the animals’ ranked threat status from the International Union for the Conservation of Nature, a global authority on conservation. Then they calculated diversity loss since the Last Interglacial about 130,000 years ago, a preanthropogenic baseline, and determined how likely it is currently threatened species will go extinct in the near future.

The team considered a few scenarios: mammals start to recover immediately — a situation that would require a dramatic change to conservation norms—or after 20, 50 or 100 years of current conservation efforts. The lag before recovery begins in the latter scenarios means some extant species would go extinct in the interim. Stopping extinctions immediately could restore diversity within 500,000 years, the team found. If current conservation efforts continue for the next 50 years however restoring mammalian biodiversity to pre-anthropogenic levels would require 5 to 7 million years, the researchers report today in the journal the Proceedings of the National Academy of Sciences.

Since their results indicate mammal diversity cannot recover within a time frame humans can act on, the researchers suggest focusing conservation efforts on species such as elephants that represent whole branches of the evolutionary tree.

“It is much easier to save biodiversity now than to re-evolve it later,” Davis said in a statement.