Lice, crabs, and humans: a tale as old as time… or at least mummies. 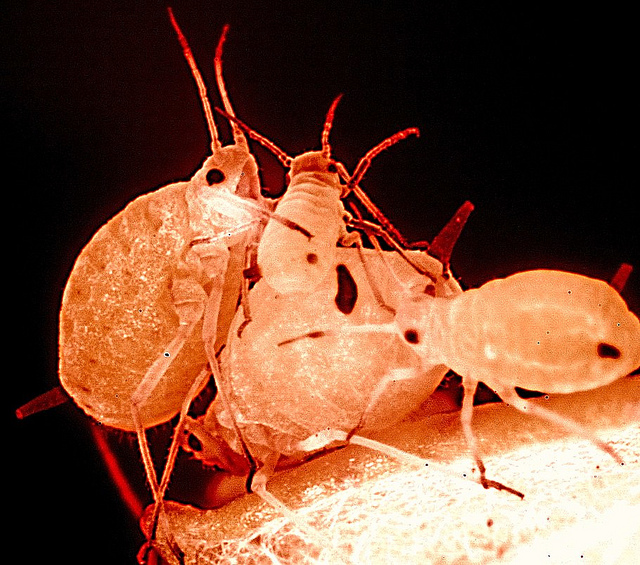 Although the best-known mummies are the cloth-wrapped Egyptian variety so often seen in horror movies, many kinds of mummies have been found all over the world. And it’s not only the human bodies that have been preserved during the process of mummification–often human parasites are, too! Scientists can use the presence of parasites on and in mummies to track the history of their association. Here, scientists report finding head and pubic lice on mummies from Chile; they think that humans brought the parasites with them when they migrated across the Bering Strait thousands of years ago.

“Until now, Pthirus pubis infestation in ancient human populations had only been recorded in the Old World. We found crab lice on South American mummified bodies from the Atacama Desert region. Crab louse eggs were found attached to the pubic hairs of a 2,000-yr-old Chilean mummy. Well-preserved adults were found in sediment and clothing from a Peruvian mummy dated 1,000 yr ago. Paleoparasitological evidence expands the knowledge of the distribution of this ectoparasite in ancient populations. As with many other parasites, pubic lice recorded in Andean populations show the antiquity of this parasite in the New World. It is likely that P. pubis entered the continent with early human migration to the New World.”

“Pediculus humanus capitis is an ancient human parasite, probably inherited from pre-hominid times. Infestation appears as a recurrent health problem throughout history, including in pre-Columbian populations. Here, we describe and discuss the occurrence of pre-Columbian pediculosis in the Andean region of the Atacama Desert. Using a light microscope and scanning electron microscopy, we studied a highly infested Maitas Chiribaya mummy from Arica in northern Chile dating to 670-990 calibrated years A.D. The scalp and hair of the mummy were almost completely covered by nits and adult head lice. Low- and high-vacuum scanning electron microscopy revealed a well-preserved morphology of the eggs. In addition, the excellent preservation of the nearly 1,000-yr-old adult head lice allowed us to observe and characterize the head, antennae, thorax, abdomen, and legs. Leg segmentation, abdominal spiracles, and sexual dimorphism also were clearly observed. The preservation of the ectoparasites allowed us to examine the micromorphology using scanning electron microscopy; the opercula, aeropyles, and spiracles were clearly visible. This case study provides strong evidence that head lice were a common nuisance for Andean farmers and herders. Head lice are transmitted by direct head-to-head contact; thus, this ancient farmer and herder was potentially infesting other people. The present study contributes to the body of research focusing on lice in ancient populations.”

Related content:
Eggs from ancient poopy “toilet paper” prove parasites also traveled the Silk Road.
He thought he had intestinal worms. What he actually had was Chinese food!
Think sloths are cute? How about when they crawl into a latrine and eat your poop?