Jupiter&#039;s Icy Moon Ganymede Has Tectonic Faults Much Like Earth 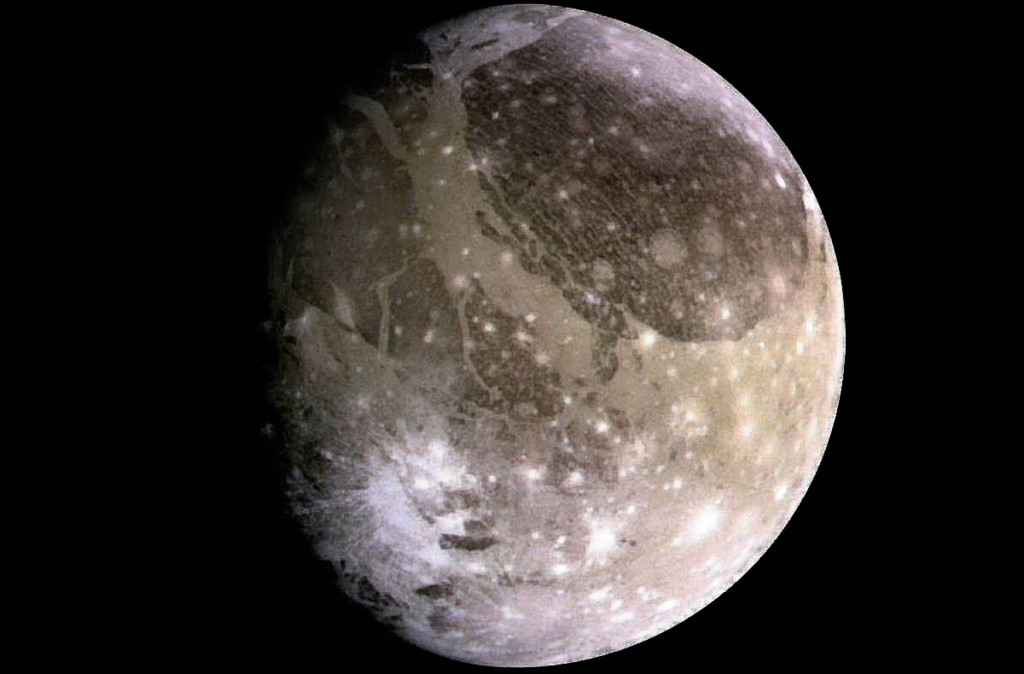 Ganymede is one of Jupiter’s four Galilean satellites. It is the largest moon in the solar system, with a magnetic field capable of generating aurorae and a subsurface ocean of liquid water. (NASA/JPL)

Jupiter’s largest moon, Ganymede, is an icy world that astronomers believe hides a liquid ocean beneath its surface. That fractured surface, which jumbles old and new features together, has long hinted at a complex history astronomers have sought to understand. Now, a new study to be published in print November 15 in Icarus shows that Ganymede has undergone periods of tectonic processes much like those seen on Earth, bringing to light some of the moon’s tumultuous past.

Researchers at the University of Hawai’i at Manoa School of Ocean and Earth Science and Technology discovered evidence on Ganymede of strike-slip tectonics, which cause faults with sides that “slip” horizontally relative to each other. On Earth, such faults are typically found at the boundaries between ocean and continental plates; one of the most famous is the San Andreas fault in California. For the study, the researchers examined data collected largely by NASA’s Galileo mission between 1995 and 2003 and found nine such slip-strike faults scattered across Ganymede’s surface.

“The unexpected finding was how commonplace strike-slip faulting was. Indicators of strike-slip were observed at all nine sites, representing various geographic locations on Ganymede,” said Marissa Cameron, the study’s lead author, in a press release. “Additionally, the similarities between the sites may be indicative of a past, larger scale process.”

The tectonic activity on Ganymede took place in the moon’s past, but its neighbor and fellow water world, Europa, shows evidence of present-day plate tectonics, indicating the watery world is still active. “Incorporating our observations with previous studies provides an improved representation of Ganymede’s tectonic history and allows us to learn more about its neighbor, Europa.”

Europa is of particular interest because of its potential for hosting life; tectonics could improve its habitability by transporting nutrients from the surface to the ocean below, as well as provide warmth to keep oceans comfier for life.

Exploring Ganymede’s past and present offers researchers a glimpse into the potential future of Europa, which will be visited by Europa Clipper, currently set to launch in the 2020s.