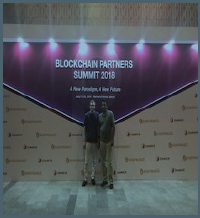 I spent these last few days meeting and discussing and learning more and more about ICO ventures at the Beyond Blogs Summit in South Korea and the Blockchain Partners Summit 2018 which
had a very interesting tagline : A New Paradigm, A New Future. The Irony is that after interviewing more than 20 ICO founders and their teams, i was somewhat disappointed that they did not know their numbers and when their business model will break even and or how they will go to market and achieve projected revenues. That’s because they had not thought that far; they were more focussed on launching an ICO to raise the money and once they got the money they will work out what revenues will look like? This is like putting the cart before the horse!

Whilst the Cryptocurrency world had gone through major paradigm shifts and we have seen how crazy the markets can be as well as exploitative by greedy speculators. I have observed how often even the smallest shift or what influencers say and or when major countries decide to either ban or regulate the crypto world, the market falls drastically and then continues to fight back and stabilize itself for value. This makes me concluded that we have a die hard community in the crypto world and we only just getting started. The question is and has always has been what makes Bitcoin and all these other tokens valuable? I have have read articles from Warren Buffet and Jamie Diamond and other “old school” entrepreneurs saying the bubble is going to burst, this is all vape, there is no substance for the survival and so forth and after care-full contemplation and listening to all of the guru’s and pandits, and whales in this market
place there is one thing that i believe that can fundamentally stabilize the Crypto world and create a new world economy which can be sustainable and of value and that is ICO”S.If and only if we stop treating the process as Gambling with tokens on exchanges based on creating a hype and start implementing fundamentals that are critical to the success of any start-up. 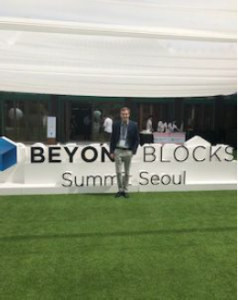 The only problem that has existed thus far is that everything is the Crypto world moves in waves and not much thought is given to sustainability of it. If you looks at the ICO’s published on coinmarketCap and how many of them had to turn to zero value and or disappeared when the crypto market Crashed in Dec/Jan 2017, it
becomes glaringly obvious that ICO offerings need to streamlined. Whilst you would think the obvious aspects to ICO’s like any other business startup would apply but there are such huge and glaring gaps such as, Token economics, Burn Rate, the ability to create and manage a sustainable Tech company after your tech software is
ready, and one of the most obvious ones is why do you need 15 million or 20 million as a token raise?. Why should you raise this money in fiat or crypto only because you know you can? Is it just because you think you have a viable idea that is a game changer based on the blockchain or you truly have a Team that at its core knows the market or industry and they all share a common goal to want to bring change to that particular industry vertical? Nonetheless ICO founders and their team need to be able to explain why you need the funds and how you doing to spend it and over what period of time?

Blockchain as a technology is undoubtedly allowing for tech-entrepreneur’s, creative juices to flow, and to truly make a impact in this world , that is a game changer and because the principles of BlockChain and Cryptocurrency was founded on the juxtaposition that our Banking and Giant Corporate companies are eroding our economy resulting in an economic collapse as we have seen in 9/11. Since there is transparency, the ability to choose goodness and create a blueearth impact to major industries then why then don’t we take our ICO’s positioning more seriously. Instead of just writing a white paper, and being a smart tech person or creative architect for technology why don’t we follow some basic principles that is if you going to make a success of the Technology company that you about to fund via an ICO and create value for the tokens that you just sold to investors then everyone taking that risk with you and your team
needs to know that you atleast have figured out how you going to use the money, how much of that money will be burnt getting the software developed and marketed, what is your go to market strategy and how will you be sustainable?

When i asked these simple questions to ICO founders and co-founders i was particularly concerned that they were not able to answer these fundamental questions. We need to get the wool over our eyes removed so to speak and understand that ICO’s should be created on the basis that you going to create a viable product that you can sell. Not just hope that somehow your token when listed on major exchanges is going to trade all day just because you released one new line/string of code and suddenly everyone is excited and starts ushing up the price of your token and then “kaboom” you gone because you did not factor in who is going to use your product and by when?

The immentinet treat here is that ICO’s that are doing this and investors that are backing same are following the principles of gambling. You are as good as taking all you money that you going
to put on and ICO and bet it on red or black on the roulette table. Ironically at both these summits we were at or close to casinos and i did tell these budding ICO- preneurs that i would prefer to rather do that if they not able to explain to me in some details how they going to spend my money after i purchase these tokens thus investing in an ” idea” that it a pure idea or Vape as many call it.

What is also very scary in this whole ICO world is that you get no equity. You just investing 100”s of BTC or ETH and or Fiat as if you gambling waiting for the day the token release and gets listed so that you can trade out in the marketing hype and make a 3x or 4x return once it hits the exchanges.

At this point we have to now ask ourselves what is it that we want? Do we want winners and losers like the casino or do we want longer term
investors that are in for the upside on sustainable, viable business model that will change the world. In short Sustainable ICO”S.

Whilst i get that a lot of these ICO’s are founded by 25 year old’s really super smart technology people, however as an investor and as portfolio manager i have to continuously ask myself what will it take to make this a viable tech company? What are the strategic partnerships needed ?and how will these youngers run this tech company once its takes off?. Do they get it that they will become a 100 person strong business at a blink of an eye and do they understand that its a lot of money at stake and very importantly that they yes they can save the crypto world and prevent the bubble from bursting if they seriously know and truly believe that there concept is viable and will make the impact in needs to for the new economy.

If ICO’s start to treat this new economy with serious consideration to knowing their numbers and knowing there break even and treating there white paper more than just a concept but also as a plan towards how are we going to make a sustainable technology company that will change the world and save the crypto economy in turn by creating value to give value and receive value in turn.

In Korea what i found significantly interesting is the reverse ICO process where companies that are already viable and well run, could gain the money they need by reinventing there technology and applying it to the blockchain and remarketing the application to the end users gaining the advantage of funds to make that happen, and an incredible following of the Crypto community that will help you succeed.

It’s absolutely mind blowing if and only if we can have responsibly entrepreneurs that create viable business models that will leverage this community fully and in a responsible way to create
sustainable blockchain companies that either get acquired, or grow for years to come making this a win-win vs a win-lose which we getting quite used to seeing.