How Nutritious Is Human Flesh? 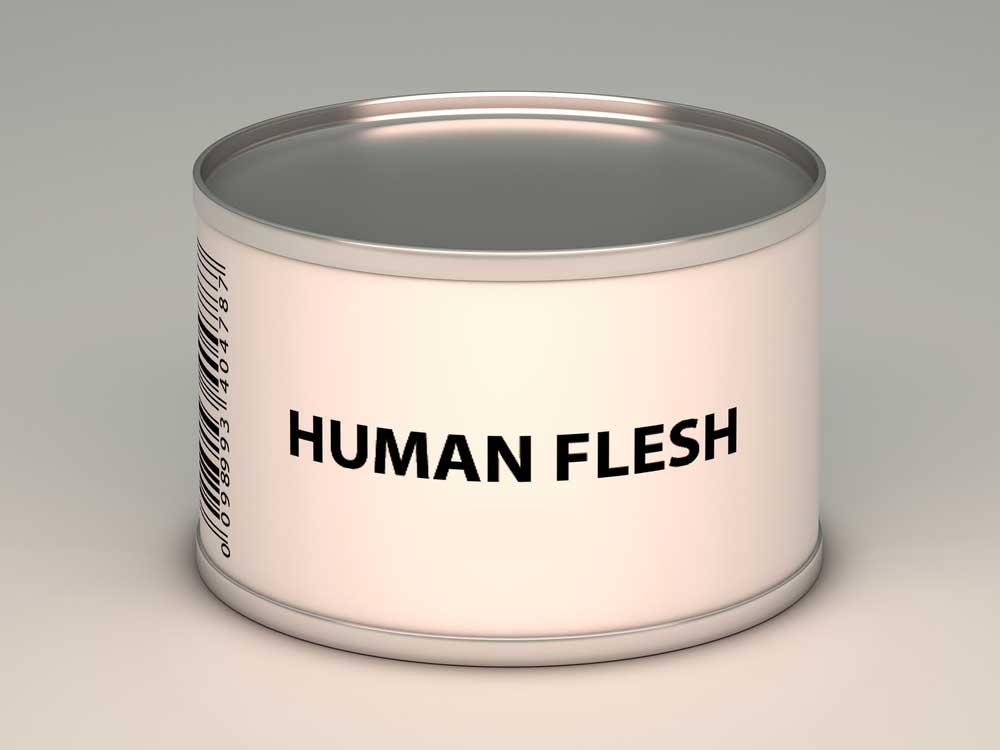 Nowadays cannibalism is associated with fictional serial killer Hannibal Lecter or by desperate souls as a last resort, such as the Donner Party or the survivors of the Andes flight disaster. But studies suggest cannibalism was practiced since prehistory, and even performed by extinct human lineages. For instance, at Neanderthal sites, researchers discovered unmistakable signs of butchery on human bones and found scraps of human remains in fossilized excrement.

Archaeologist James Cole at the University of Brighton in England investigated cannibalism to learn how extinct human lineages might have behaved or thought. He found prior research that suggested occurrences of Stone Age cannibalism were frequently interpreted as “nutritional” in nature, but they didn’t indicate just how nourishing man-eating actually was. As such, he sought to elucidate the nutritional value of cannibalism.

“Having some time to reflect on it, it was quite a weird thing to think about how calorific I am as a person,” Cole admitted.

Cole calculated calorie values of the fat and protein in each human body part, based on data on four adult human males collected by four different past studies.

“Those studies were interested in the construction of the human body, in what elements we were made up of,” he said.

Based on these past data, Cole estimated that there were roughly 1,300 calories per kilogram of modern human muscle. Although Cole would ideally have included data from women and juveniles, he could not find any published scientific reports on their chemical compositions, and collecting such data himself “was outside the ethical (and legal) scope of this study,” he wrote online Thursday in the journal Scientific Reports.

Cole noted these calorie estimates might not pertain to extinct human lineages—Neanderthals, for example, were beefier than modern humans. As such, Cole stressed that his estimates should be taken as minimum values. He also cautioned that he only had data from a few people, and “given the nature of this study, it was not possible to conduct analyses on cooked human flesh.”

Given these caveats, all in all, when compared to animal species whose remains were also unearthed at sites of Stone Age cannibalism, the nutritional value of human flesh is broadly similar to beasts of a similar weight and size, such as an ibex. However, snacking on humans pales in comparison to meals comprised of larger animals. For instance, mammoths are estimated to have supplied about 2,000 calories per kilogram of muscle; woolly rhinos, 1,750; the extinct oxen known as aurochs, 2,040; bears, 4,000; and boars, 4,000.

“I went in with the preconception that we humans would’ve been very nutritionally viable animals, but compared with other animals humans ate, we aren’t terribly nutritious at all,” Cole said. “That makes me think that if, say, six of us are not as nutritious as a single horse or bison, it doesn’t really make sense to cannibalize people simply for their nutritional value.”

This suggests that the motivations for cannibalism in ancient human lineages “may have been as complex as they potentially are for our own,” Cole said. In addition to nutritional value or psychosis, modern humans have historically engaged in cannibalism during warfare, and for rituals such as “eating a recently deceased member of your family to carry them as part of you as you continue your life,” Cole said.

“We can’t limit our understanding of ancient cannibalism to just that one interpretation of nutrition, since it implies a lack of complexity on the part of those groups,” Cole said. “We should embrace complexity.”