Has the Sun blown its top? 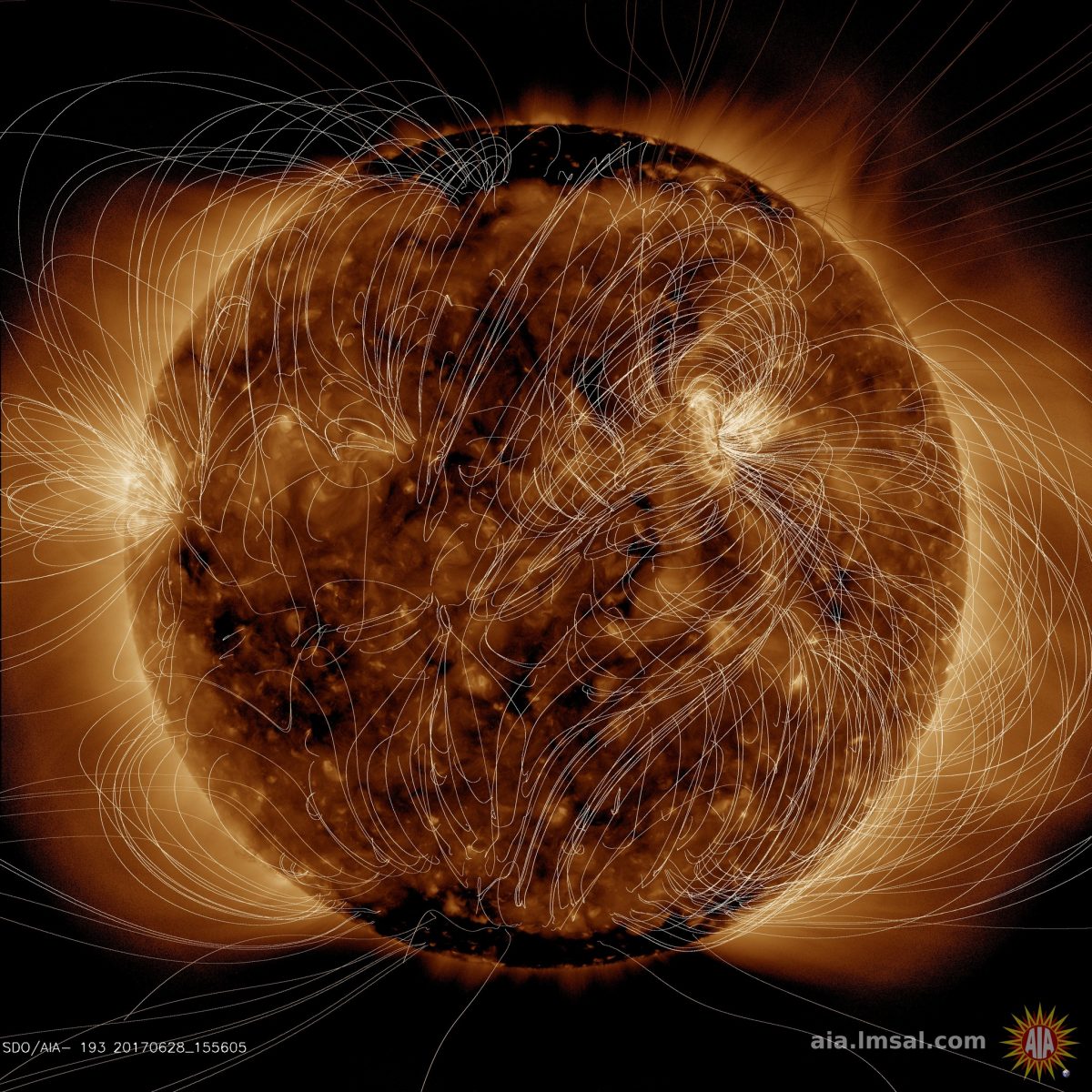 It sure looks that way in this animation showing the Sun up close and personal. And there are two other ‘holes’ visible as well.

A big dark area in the north polar region makes it appear as if the Sun has blown its top. And in a way, it has.

You can see what’s going on by watching the animation above. It’s based on data acquired by NASA’s Solar Dynamics Observatory spacecraft over 48 hours, starting on July 3rd and continuing into today (the 5th). Two other large dark areas are visible as well, including one in the south polar region and another along the equator.

What you’re looking at is a trio of “coronal holes,” dark regions of the corona — the Sun’s outer atmosphere. The images that go into the animation were acquired in the extreme ultraviolet part of the electromagnetic spectrum, which highlights the corona as well as hot plasma from flares.

The dark coronal holes are places where very little radiation is being emitted. Here, the Sun’s magnetic field lines open outward into space. The following image allows us to visualize what that looks like:

In this graphical representation, field lines emerge from the Sun, reach high above it, and then reconnect. But in the polar regions, where two of the coronal holes are located, those field lines open outward.

This opening of the field lines greatly enhances the solar wind, which consists of high energy particles that stream outward into space. With so much hot material blowing outward, a darkened area is left behind — a coronal hole.

Let’s take a closer look at the Sun, and in a slightly different wavelength: 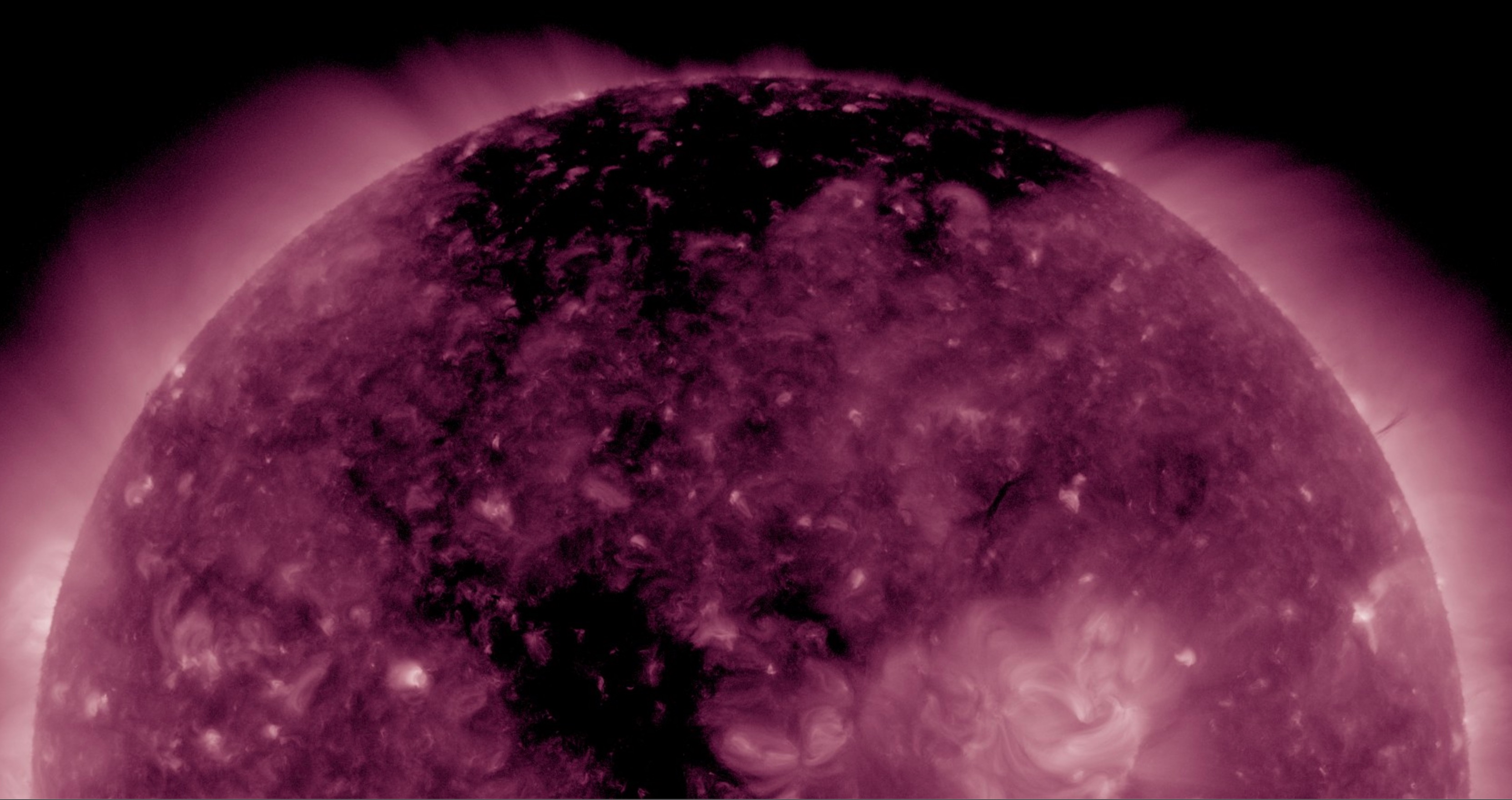 We’re still seeing things in the extreme ultraviolet part of the spectrum, but the wavelength here is 211 angstroms versus 193 in the previous imagery. This view reveals the equatorial coronal hole to be even bigger, and it may even connect with the north polar one, creating a single, giant coronal hole. It will be interesting to see how things develop in the next few days.

Coronal holes aren’t just cool things to look at. The enhanced solar wind that flows from them can cause storms in the Earth’s protective magnetic bubble. These geomagnetic storms can cause aurorae at lower latitudes than usual. They also have the potential to damage communication networks, power grids, and other systems.

Our geomagnetic field is currently quiet. And fortunately, the forecast for the next couple of days from NOAA’s Space Weather Prediction Center is for nothing serious — just occasional unsettled periods.