Has Dogma Derailed the Search for Dark Matter? 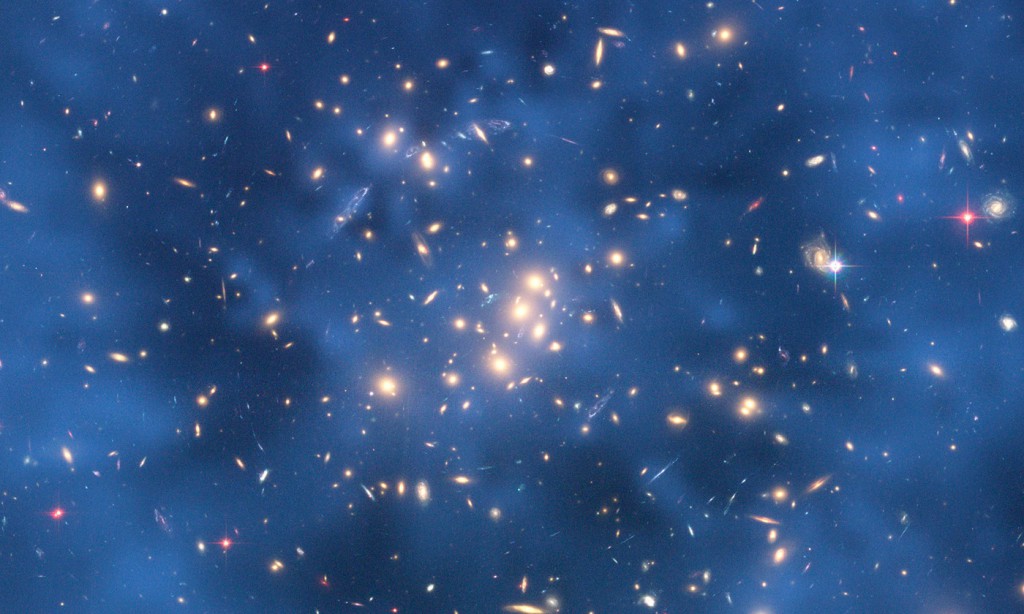 According to mainstream researchers, the vast majority of the matter in the Universe is invisible: it consists of dark-matter particles that do not interact with radiation and cannot be seen through any telescope. The case for dark matter is regarded as so overwhelming that its existence is often reported as fact. Lately, though, cracks of doubt have started to appear. In July, the LUX experiment in South Dakota came up empty in its search for dark particles – the latest failure in a planet-wide, decades-long effort to find them. Some cosmic surveys also suggest that dark particles cannot be there, which is especially confounding since astronomical observations were the original impetus for the dark-matter hypothesis.

The issues at stake are huge. Acceptance of dark matter has influenced scientific thinking about the birth of the Universe, the evolution of galaxies and black holes, and the fundamental laws of physics. Yet even within academic circles, there is a lot of confusion about dark matter, with evidence and interpretation often conflated in misleading and unproductive ways.

The modern argument for dark matter begins with the assumption that the Universe is described by Albert Einstein’s field equation of general relativity, and that Newtonian gravitation (that is, gravity as we measure it on Earth) is valid in all places at all times. It further assumes that all the matter in the Universe was produced at the Big Bang. Simulations based on that scenario make specific predictions about how quickly cosmic structures form, and also about the motions of galaxies and stars within galaxies. When compared with observations, those simulations indicate that gravitational effects in the real world must be stronger than can be accounted for by the matter we know. Dark matter provides the additional gravitational pull to bring model and reality broadly into alignment. Researchers now routinely take this model – Einstein plus dark matter, often called the ‘null hypothesis’ – as their starting point and then perform detailed calculations of galactic systems to test it.

This is how I stumbled into the field in the late 1990s. I was studying the dynamics of small satellite galaxies as they orbit our galaxy, the Milky Way. From observation, we expected that these satellite galaxies must contain a lot of dark matter, from 10 to 1,000 times as much as their visible, normal matter. During my calculations, I made a perplexing discovery. My simulations produced satellite galaxies that look much like the ones actually observed, but they contained no dark matter. It seemed that observers had made wrong assumptions about the way the stars move within the satellite galaxies; dark matter was not required to explain their structures.

I published these results and quickly learned what it meant to not follow the mainstream. Despite the critiques I received, I followed up on these results some years later and uncovered another major inconsistency. The known satellite galaxies of the Milky Way are distributed in a vast polar disk running perpendicular to the orientation of our galaxy. But dark-matter dominated models predict that primordial dwarf galaxies should have fallen into the Milky Way from random directions, so should follow a spheroidal distribution. This finding set off a major debate, with the mainstream researchers arguing that this disk of satellites does not really exist; that it is not significant; or that it cannot be used to test models.

Meanwhile, astronomers kept identifying new dwarf satellite galaxies that made the disk structure even more pronounced. Rodrigo Ibata at Strasbourg Observatory showed that our neighbouring galaxy, Andromeda, has an even more pronounced disk of satellite galaxies. My team at the University of Bonn then found that the disks of satellites around Andromeda and the Milky Way appear to be aligned, and that the whole structure of our Local Group of galaxies is highly symmetrical. Ibata and his team subsequently confirmed that the observed distribution of matter does not match dark-matter predictions out to distances of 24 million light years.

More problems: when a dwarf galaxy with a dark-matter halo passes through the dark-matter halo of a large galaxy, the dark-matter halos should absorb the energy of motion such that the dwarf galaxy would fall to the centre of the large galaxy, somewhat like a marble dropped in honey. This is a well-studied process known as dynamical friction but it is not evident in the astronomical data, suggesting that the expected dark-matter haloes do not exist. Most recently, Stacy McGaugh at Case Western Reserve University in Ohio and his team documented that the pattern of rotation in spiral galaxies seems to precisely follow the pattern of the visible matter alone, posing yet another challenge to the null hypothesis.

In light of these findings, I argue that the null hypothesis must be discarded. What can it be replaced with? The first step is that we need to revisit the validity of Newton’s universal law of gravitation. Starting in the 1980s, Mordehai Milgrom at the Weizmann Institute in Israel showed that a small generalisation of Newton’s laws can yield the observed dynamics of matter in galaxies and in galaxy clusters without dark matter. This approach is broadly known as MOND (MOdified Newtonian Dynamics). Milgrom’s correction allows gravitational attraction to fall off with distance more slowly than expected (rather than falling off with the square of distance as per Newton) when the local gravitational acceleration falls below an extremely low threshold. This threshold could be linked to other cosmological properties such as the ‘dark energy’ that accounts for the accelerating expansion of the Universe.

These links suggest a deeper fundamental theory of space, time and matter, which has not yet been formulated. Few researchers have pursued such an alternative hypothesis, partly because it seems to question the validity of general relativity. However, this need not be the case; additional physical effects related to the quantum physics of empty space and to the nature of mass might be playing a role. MOND also faces its own challenges, both observational and theoretical. Its biggest drawback is that MOND is not yet well-anchored to general relativity. Because of the prevailing dark-matter dogma, few scientists dare to build on Milgrom’s ideas. Young researchers risk not getting a job; senior researchers face losing out on grants.

Together with Benoit Famaey in Strasbourg, my small group in Bonn is moving ahead anyway. Yes, we are being punished by not being granted some research money, but in our computers we are discovering a universe full of galaxies that look just like the real things – and this is awfully exciting. MOND could be the next great advance in gravitational research, building on the work of Newton and Einstein. This year’s detection of gravitational waves allows exciting new possibilities. Those waves have travelled cosmological distances, and so have passed through regions where Milgrom’s low-threshold effect should be significant. Gravitational wave studies will provide the kind of data needed to refine our ideas about MOND, and to explore cosmological thinking outside the constraints of dogma.

This article was originally published at Aeon and has been republished under Creative Commons.