Going bald? According to these scientists, you can blame your beard. 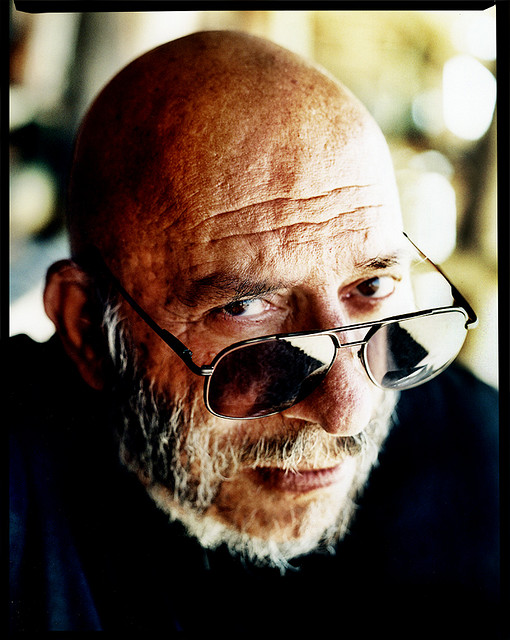 Let’s face it, the vast majority of people who both go bald and have beards are men. Is this a coincidence?

These scientists think not! In fact, they believe that the reason men go bald is to compensate for the heat they retain by growing a beard. In support of this idea, their study from 1988 found that the area of skin covered by men’s beard hair correlates with the area of skin with sweat glands on the forehead and calvaria (the top of the head).

Furthermore, for men, the rate of sweat evaporation was higher on the forehead than the beard area, while the evaporation rate for women and boys was about the same for the two areas. They took another measurement of the men’s beard area and sweat areas 10 years later (after the balding had proceeded apace, see second abstract below), and found that the same correlation between beard and sweat areas held.

Overall, the more of a beard a man grows, the more sweaty area he has on the top of his head. Which is pretty cool… at least for his head temperature!

“The hypothesis according to which male common baldness has developed in the human species as a compensation for the growth of a beard in order to achieve heat loss has been tested. In 100 clean-shaven men direct measurement of the area of glabrous skin on the forehead and calvaria was found to be proportional to that of the hairy skin on the lips, cheeks, chin and neck. During light hyperthermia the evaporation rate on the bald scalp was 2 to 3 times higher than on the hairy scalp. Conversely the evaporation rate was practically equal on the foreheads and chins of women and unbearded young men, while in adult clean-shaven bearded men it was 40% less on the chin than the forehead. These results support the hypothesis that male baldness is a thermoregulatory compensation for the growth of a beard in adults.”

Ten years ago (1988), we observed in a sample of 100 men that the area of the glabrous skin above the eyebrows was proportional to the area of the hairy skin on the cheeks, lips, and chin. Ten to 11 years later, we measured again 39 of the former subjects to check longitudinally whether the relationship would still be valid. In the group of 39 subjects, the correlation was again significant and the regression was practically the same as that obtained in the same sample 10 years earlier. This would tend to show that ontogeny follows phylogeny. This results is understood as indirect evidence in favor of selective brain cooling in humans.