From Vikings To Ivory Merchants: The Economy of Greenland&#039;s Lost Colonies 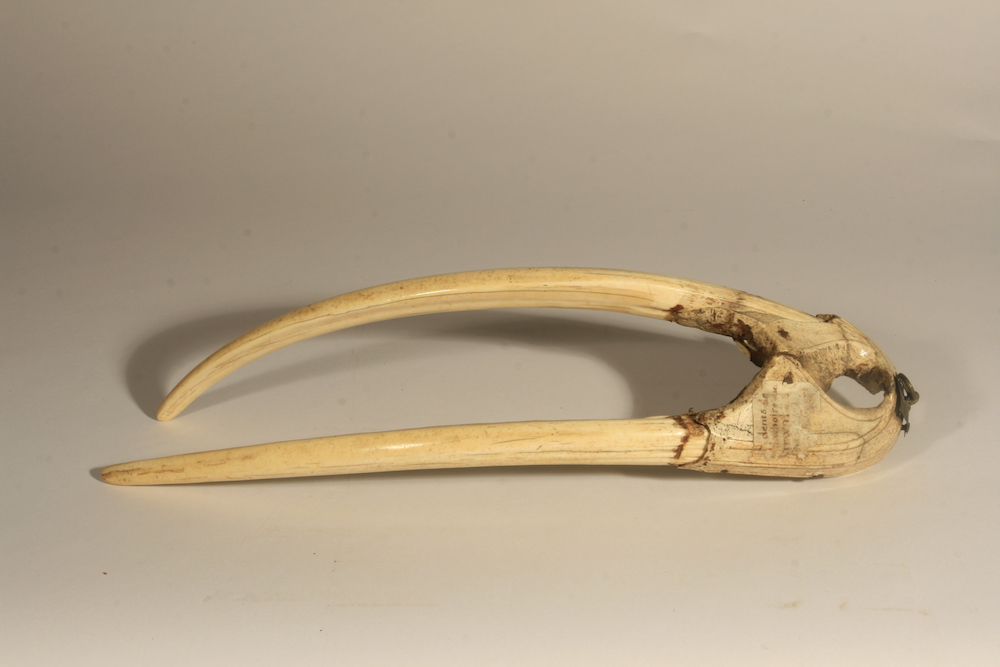 Upper jaw bone and tusks of a walrus used in the study. It can be dated to c.1200-1400 A.D. based on the characteristics of a runic inscription in Old Norse.
(Credit: Musées du Mans)

The disappearance of Norse colonists from Greenland is somewhat of a mystery. Norse settlers colonized Greenland during the Viking Age in the late 900s and lived there for several centuries before their colonies declined in the 1300s and 1400s A.D.

Climate change could have driven the Greenland Norse to abandon their settlements. And there’s some evidence that changing economics — specifically, decreasing demand for walrus tusk ivory in Europe for artwork and luxury items — might have doomed the Greenland Norse as well.

It’s unclear how important the walrus ivory trade was in the rise and fall of the Norse Greenland colonies, but researchers are taking concrete steps toward figuring it out. For the first time, scientists have traced the origin of medieval European ivory sources to specific populations of Atlantic walrus.

Though these walruses live in a broad geographic range that includes northern Europe, the researchers found that the supply of walrus ivory in Europe from about 1100 to 1400 was dominated by long-distance imports from Greenland and Canada. It seems that the walrus-hunting Greenland Norse were monopolizing the European market for walrus ivory before their colonies disappeared. The results were published Tuesday in the journal Proceedings of the Royal Society B.

Tracking Ivory to the Source

This discovery in medieval economics was a joint effort between evolutionary biologist Bastiaan Star, archaeologist James Barrett, and their collaborators. Star and Barrett had worked together before on studies of Viking Age cod bones to uncover a 1,000-year history of the European fish trade.

To avoid damaging historic ivory artifacts, Barrett tracked down and collected archaeological samples of walrus bone from skulls that were brought to Europe along with their tusks. Star sequenced walruses’ mitochondrial DNA — genetic information passed from female parents to their offspring — and saw that Atlantic walruses can be grouped into two evolutionary lineages, one of which is found only in Greenland and the Canadian Arctic.

“Based on those data, I could clearly see that there was a very strong evolutionary pattern in Atlantic walruses,” Star says. “That was quite exciting to us, because we didn’t necessarily know from the outset whether we would be able to distinguish, for example, western walruses from walruses that are more in the eastern Atlantic. And in order for our story to further develop, […] we need to be able to tell ‘OK, you must have come from here, and you must have come from there.’” 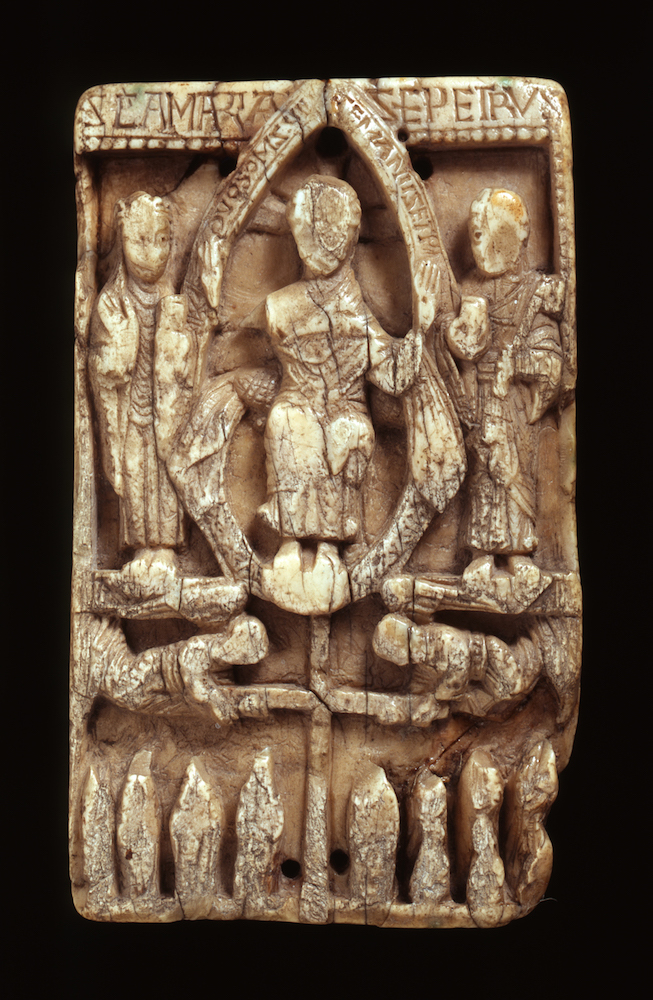 An example of carved walrus ivory found in the UK and believed to date from the 10th or 11th century.
(Credit: Museum of Archaeology and Anthropology, University of Cambridge)

The Walrus or the Egg?

Other major historical events that happened around this time complicate the story. The Plague that ravaged Europe in the 1300s could have affected European markets, and the onset of the Little Ice Age could have been a perpetrator of the Greenland Norse demise. There’s also evidence that walrus ivory could simply have been going out of fashion as elephant ivory became more popular.

Still, it seems that walrus ivory was vital to the Norse Greenland economy and played a major role in the story. In future studies, Star would like to expand the project to include more data — by examining more medieval walrus samples, if Barrett can find them, and analyzing other genetic information, like Y-chromosome DNA to trace male lineages in addition to the mitochondrial DNA female lineages they’ve traced so far.

“This was such a neat multidisciplinary project,” Star says. “This is fascinating to me as well, this magical story of human history where you have 500 years of people living in Greenland shipping back this walrus ivory […] There were entire generations that grew up in Greenland, and suddenly they all disappeared. And how little we know about their disappearance is of course a mystery and has fantastic appeal.”