The bacterium Treponema pallidum is a nasty critter. It can lead to a number of conditions, collectively called treponemal diseases, that you definitely donâ€™t want to have. They include syphilis, a typically sexually transmitted disease that still infects millions annually. The origins of the disease have long been the subject of controversy, attempts to find its roots hampered by a lack of ancient genetic material.

Today, researchers announce the first successful reconstruction of ancient T. pallidum genomes. The bacterial DNA came from human remains that date to Mexicoâ€™s Colonial era, the period just after syphilis was first recorded as a global threat, and arguably where the controversy over its origins begins.

Hot on the heels of other research uncovering ancient genomes of Hepatitis B and leprosy, the team behind todayâ€™s paper hoped to extract and sequence complete T. pallidum genomes from centuries-old victims of diseases caused by the bacterium. Unlike Hepatitis B and leprosy, however, which have had ancient genomes sequenced previously, this was new genetic territory.

Previous efforts had recovered only bits and pieces of the bacteriumâ€™s ancient genetic material, not a full genome. Some researchers had even declared the study of syphilis through ancient DNA impossible. Virtually everything known about T. pallidumâ€˜s origin and evolution has come from the study of its modern DNA.

Without ancient DNA to sketch the bacteriumâ€™s backstory, controversy rather than consensus has dominated study of the origins of syphilis.

A History Of Horror

For centuries, conventional thinking (the Columbian hypothesis) was that syphilis and other treponemal diseases, such as yaws, were endemic to the Americas. These afflictions spread globally only at the end of the 15th century, after wide-scale European contact with the New World began. A popular thread woven into this hypothesis is that the crew under Columbus brought the infection back with them from Hispaniola, though this has not been proven.

The first widely accepted documentation of the disease was an outbreak among French troops and mercenaries in 1495. Within five years, cases were recorded across Europe.

A growing number of researchers believe, however, that syphilis has been a global problem for much longer. From Turkey to England, teams have interpreted bone lesions and other abnormalites found on human remains older then the 15th century as evidence of treponemal disease.

According to this newer school of thought, the treponemal diseases went unrecognized in Europe because their symptoms were mistaken for other ailments, particularly leprosy. The apparent pandemic that began as Europeans returned from expeditions to the Americas in the late 15th century was not the introduction of a novel infectious New World disease to Europe. Rather, it was coincidence, and maybe just a touch of xenophobia. 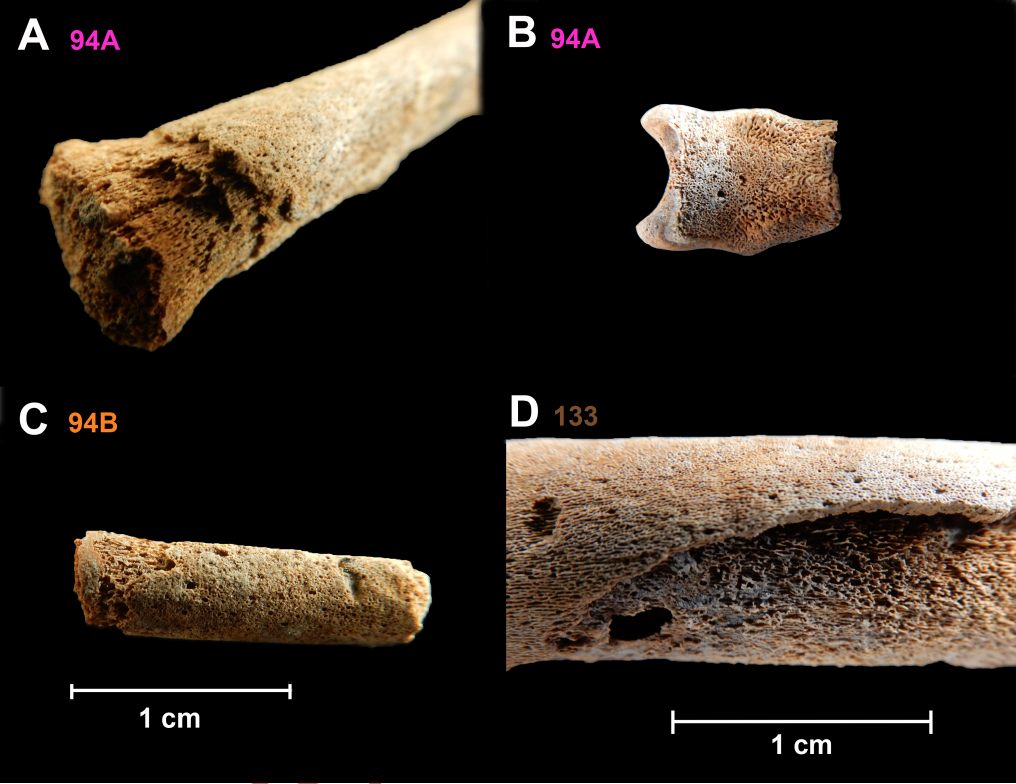 Treponemal diseases including syphilis and yaws can leave distinct lesions on bones of the infected, as seen on these remains of infants from Mexicoâ€™s Colonial Era. (Credit: Krause et al, 2018)

The late 15th century in Europe was, after all, a period of transition that saw increases in urbanization as well as access to medical texts, the latter thanks to the spread of the printing press.

Meanwhile, greater availability of medical information meant individuals attempting to diagnose a malady were more likely to recognize it as the same condition described in a book written half a continent away.

In other words, greater numbers of people contracting an infection that was more recognizable than before just as expeditions returned from a strange new land in the West created the misperception that there was suddenly a new disease in Europe.

Some advocates of this Pre-Columbian hypothesis believed that, while syphilis was global long before time Columbus set sail, Europeans returning from the Americas may have introduced a particularly virulent strain that was endemic in the New World.

The Pre-Columbian hypothesis has been controversial largely because skeletal abnormalities can have different intrepretations, and without T. pallidum extracted from an Old World, pre-Columbian era victim, there is no smoking gun.

Which brings us to Mexico Cityâ€™s historic convent of Santa Isabel, in operation beginning in the 17th century. Nine out of ten of the bodies interred in niches and tombs at the convent were stillborns or infants, their remains excavated in the 1990s. Researchers selected five of the individuals, based on evidence of skeletal lesions or other abnormalities consistent with treponemal disease, and sampled them using a refined method of DNA capture and sequencing.

Only three of the five remains yielded DNA from the dreaded bacterium, but the material recovered was enough to reconstruct three separate genomes of it: two of the subspecies T. pallidum pallidum, which causes syphilis, and one of the subspecies T. pallidum pertenue, responsible for yaws, which primarily infects infants and children and is spread through direct skin contact rather than sexually.

Given the amount of damage to the bones evident in all the remains despite their young age â€” the youngest may have been a stillborn and the oldest was about six months at time of death â€” the researchers concluded that all three likely had congenital treponemal infections: two with syphilis and the third with yaws.

Within the genomes, the researchers detected signs of past recombination events â€” essentially the mixing and swapping of DNA between the two subspecies. Those clues are important for both modern and ancient treponemal disease research because they reveal potential evolutionary detours the bacterium has taken, or may take in the future, that could affect its virulence.

If youâ€™re expecting a definitive statement about the origins of syphilis and other treponemal diseases, science doesnâ€™t have one for you â€” yet. The new research is, however, a big step closer to finding the diseasesâ€™ elusive roots.

Being able to extract and sequence T. pallidum from the young victims gives researchers the road map to attempt the same refined method on other, older remains with similar skeletal signs of infection. The open-access study appears today in PLOS Neglected Tropical Diseases.