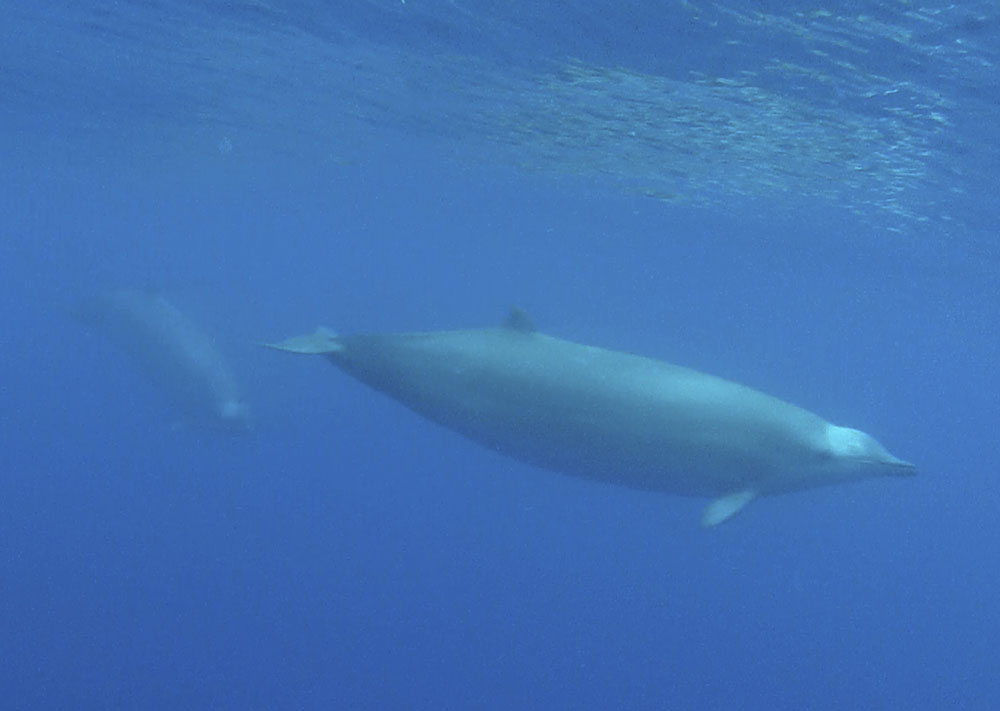 True’s beaked whale sightings are so rare, that scientists who devote careers to studying these animals may never actually witness one swimming in the wild.

But thanks to an international team of scientists that compiled True’s beaked whale sightings, we can all watch the first underwater video of True’s beaked whales swimming near Pico Island in the Portuguese Azores. Researcher’s collection also included the first close-up images of a young calf of the same species, and a genetic analyses of two stranded whales.

True’s beaked whales belong to the family Ziphiidae, which includes 22 species of beaked whales—three new species have been discovered in the past 20 years. Ziphiids tend to dive deep for long periods of time, and only spend a fraction of their lives near the surface. When they do pop up for a breather, they don’t leap from the water and perform aerobatics to the degree of other marine mammals; they aren’t particularly attracted to boats; and they travel in small groups. These are all factors that make the species so elusive.

What’s more, various beaked whale species are hard to identify, as the differences between them tend to be subtle. True’s beaked whales are distinguished by a pale blaze on the head, which extends from behind the blowhole to the top of their melon—tissue on whales’ foreheads that modulates vocalizations.

Only three live sightings of True’s beaked whale have been reported and confirmed in the literature for the North Atlantic—and some may be misidentified as Gervais’ beaked whales. In a study published Tuesday in PeerJ, researchers compiled stranding data and sightings performed by scientists and whale watchers in the Azores and Canary Islands, adding to the sparse data available on this species. 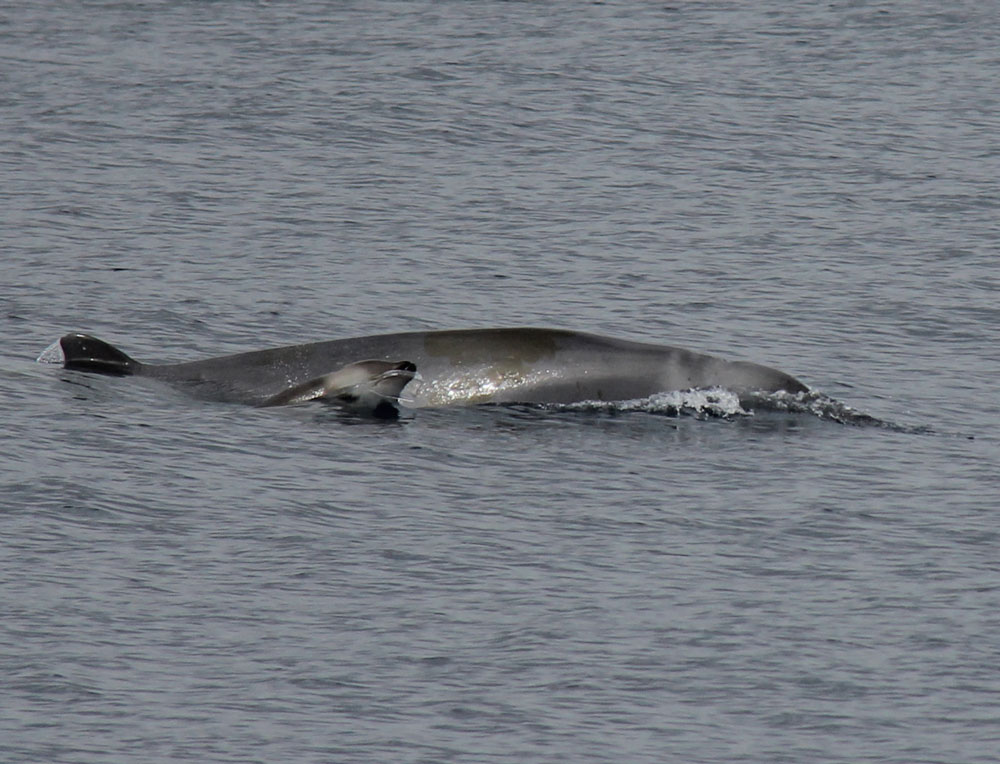 A very young True’s beaked whale calf swimming alongside an adult in the Azores in 2015. (Credit: Ida Eriksson)

The first-of-its-kind video was captured during an educational field cruise in 2013. Three True’s beaked whales lingered near the surface for about 10 minutes, and observers on an inflatable boat had just enough time to stick a camera underwater. Researchers don’t know much about social behavior of this species, but the group appeared to coordinate its dives, which is typical of beaked whale species.

Researchers also genetically confirmed that tissues collected from two stranded whales in the Azores and Canary Islands where True’s beaked whales, and one of the whales had a coloration pattern that hadn’t been seen before in the species—valuable information for future sightings.

Rare, hard-to-come-by data on species like True’s beaked whales is crucial for learning more about their morphology, behavior and population distribution. Currently, there are insufficient data to determine the population size of True’s beaked whales, and it isn’t known if they move seasonally or not. There are just too many gaps. But based on the recently compiled data, researchers say the Azores and Canary Islands may be hotspots for future True’s beaked whale research.