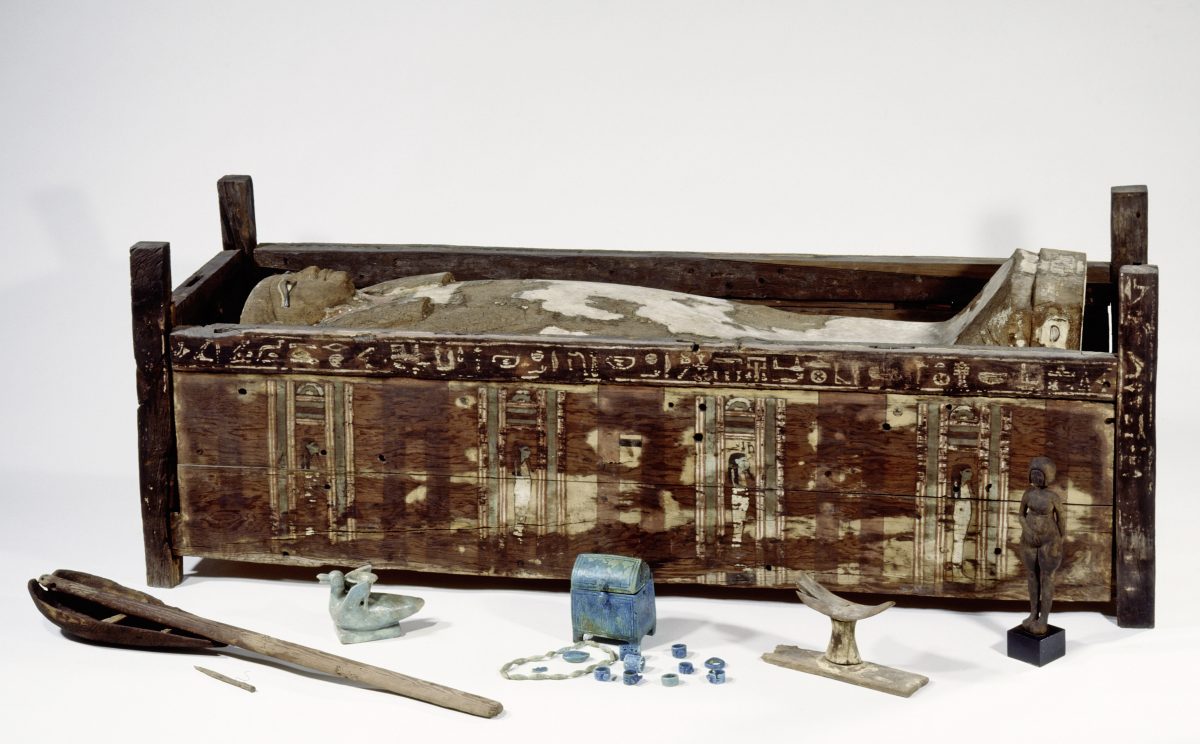 DNA recovered from ancient Egyptians mummies is revealing the mosaic of cultures that came to dominate the region.

German researchers gathered genetic data from over 100 mummies stored in museum collections and analyzed it with updated sequencing techniques. They amassed 90 mitochondrial DNA sequences and three full genomes, a collection they say comprises the most reliable dataset of ancient Egyptian DNA to date. And their work is beginning to illustrate how the modern-day Egyptian population evolved over time, as repeated conquests and dynastic shifts swept through the kingdom.

The mummies were all from a site called Abusir el-Meleq, located near Cairo. The area was host to a cult dedicated to Osiris, the god of the underworld, which made it a popular burial site for people of all classes. Drawing on a wealth of material, the researchers obtained viable genetic information from individuals spanning 1,300 years of Egyptian civilization, from the New Kingdom era when Egypt was at its peak to the Roman Period, when the kingdom had been conquered multiple times and was in decline.

Comparisons to DNA from modern Egyptians showed that residents of the region in pharaonic times were more homogenous than today. The widespread African heritage that characterizes Egypt today was lacking, and most of the mummies could trace their roots to the Middle East and Western Asia, they say. Incursions in the form of the sub-Saharan slave trade and a burgeoning trading network along the Nile were likely responsible for the shift in demographics.

The study is just beginning to illustrate the complex interactions that shaped Egyptian society millennia ago. The region was at the nexus of a thriving trade network that brought in goods from as far away as India, while the kingdom’s location and economic success brought on multiple rounds of conquest and annexation. Tracing how these factors shaped Egypt is difficult, but genetic information can help by showing when, and to what extent, changes in population demographics occurred.

Stephen Buckley, a research fellow at the University of York and an expert in ancient DNA, who was not affiliated with the study, agreed with the preliminary conclusions the researchers drew, but cautioned that this study may not reveal the full diversity of ancient Egypt.

“What is less clear is how representative the population of Abusir el-Meleq is in terms of the ancient Egyptian population as a whole,” Buckley said. “I would perhaps expect a slightly different genetic picture further south given what we know of the cultural and political differences between north and south … with perhaps less of a Near Eastern connection further south.”

The authors, as well, are somewhat cautious in their conclusions. Studies of ancient Egyptian DNA have attracted controversy in the past, in particular a 2010 study purporting to resolve the mystery of King Tut’s family. Multiple researchers criticized the methods used in the study as insufficient to draw solid conclusions from, and other studies of ancient DNA have proven problematic.

Still, by using multiple methods to test for contamination, the researchers say that they are confident in their findings. The samples came from bones, teeth and soft tissues, and the wealth of mummies allowed them to sift questionable data from their analysis. The fact that the three complete genomes come from different periods of Egypt is a boon to them as well, as it allowed them to see if ancestries changed over time. The data should also allow them to begin estimating population sizes in the region.

“New high quality scientific investigations such as this are always welcome and valuable, and as the wider picture of ancient Egypt emerges we can integrate this new genetic data with the archaeological evidence available in order to tease out the true origins of the ancient Egyptians,” Buckley says.