Don&#039;t Drain That Swamp! Accidental Wetlands Are Good for Cities 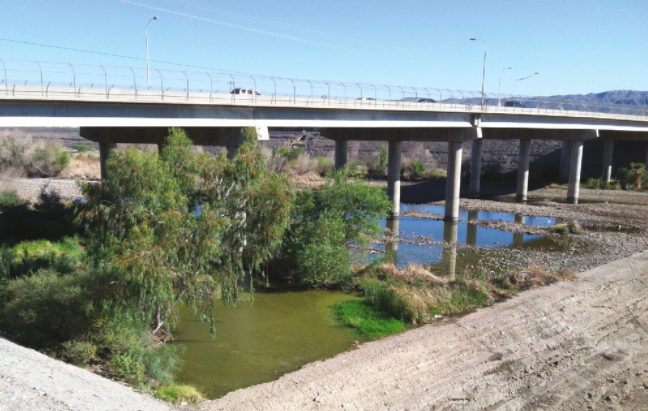 What’s so bad about wetlands? These mucky, sometimes mosquito-ridden landscapes have a bad reputation, but they offer benefits to their neighborhoods too. Researchers say “accidental” wetlands—pockets of cities that have turned into swamps through flooding and neglect—might be a valuable resource to both the environment and the humans around them.

It’s hard to guess exactly how many accidental wetlands there are, say Monica Palta of Arizona State University and her colleagues. But it’s easy to create one: Start with a low-lying area of land. Maybe it used to be a stream or river or swamp, and was filled in to create solid ground during a city’s development. Then leave this area alone for a while. Let stormwater run into it—either accidentally, or on purpose because you’ve routed the stormwater away from seemingly more important parts of the city.

Over time, the land will flood, and marsh plants and animals will move in. There are many such accidental wetlands in Phoenix, for example, along the once-dry bed of the Salt River. (The river itself is diverted into dams and canals before it reaches Phoenix.) One of these wetlands is in the photo above.

Liberty State Park in Jersey City, New Jersey, used to be the site of intertidal flats where oyster beds grew. Developers filled in this land to build a train yard, which was later abandoned. As the site sat undisturbed for decades, water began to enter it again, and now it holds many accidental wetlands.

In their search for these squishy oases, the authors also spotted “dense wetland vegetation in standing water” at poorly-drained Florida street corners. They found more low-lying urban areas turning into swamps in New York, Milwaukee, New Orleans, and Dallas. In Bucharest, Romana, developers dug a large hole for a reservoir in the 1970s and then abandoned it. Unaccounted-for groundwater has since flowed into the hole, creating a shallow wetland called Lake Vacaresti.

“Many urban dwellers may consider accidental wetlands to be unsightly, disease-breeding, garbage-collecting blights on the landscape,” the authors write (not to put too fine a point on it). And these concerns aren’t totally wrong. Standing water can be a breeding bonanza for mosquitos, which may carry diseases. The stormwater and wastewater that flood these wetlands can carry pollutants and pathogens.

But accidental wetlands, like natural wetlands or intentionally constructed ones, have environmental benefits too. They create habitats for wetland plants, birds, mammals, reptiles and amphibians. These can include native and protected species.

Plants and microbes within a wetland can also take up some of the excess nitrogen and phosphorus that taint urban waters. The authors tested this in the Salt River wetlands by sampling water at the point where stormwater flowed in, and about a kilometer downstream. They found that the wetlands effectively absorbed both nitrates and phosphorus. Wetlands also hold water and may help store carbon.

An accidental wetland can also provide a cool refuge in a hot city—especially for residents of low-income neighborhoods and the homeless, the authors write, who are at greater risk from the heat. In Phoenix, they say, accidental wetlands “provide running water, privacy, and enjoyment for homeless individuals.” At Romania’s Lake Vacaresti, some people make permanent homes; they also mine these accidental wetlands for scrap metal and gather firewood, lumber, decorative willow branches, fish, and wild mint there.

Palta says it will take more research to figure out how extensive accidental wetlands are. She and her coauthors suspect they’re very common—any low-lying area with poor drainage might become one. More research may also reveal how the risks and benefits of these sites balance. For example, are people who cool off in accidental wetlands exposing themselves to pathogens and pollutants? A better understanding might help city planners and others to take advantage of these makeshift swamps—even those who aren’t eager to dip a toe in.