Crucial Steps Ahead for Flying Cars 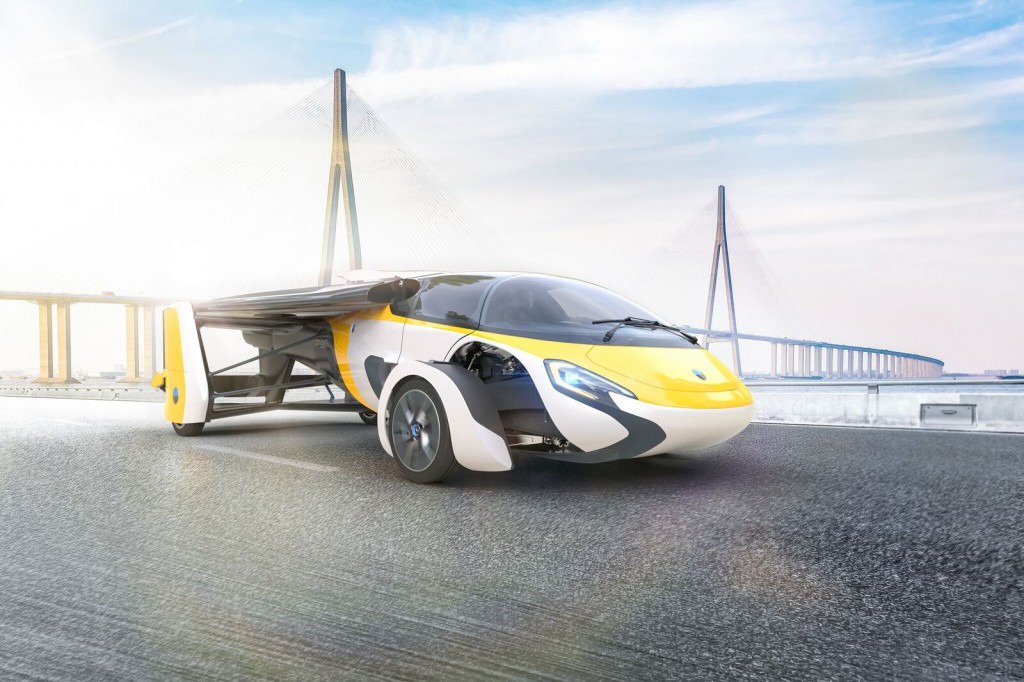 An artist’s conception of the AeroMobil flying car. (Credit: AeroMobil)

Flying cars are up against a wall — literally. Turning aircraft into street-safe machines requires manufacturers to prove their safety standards in crash tests. So at least one expensive prototype needs to get smashed to smithereens, while its dummy passengers survive. This is no small financial hurdle, and for a decade the industry has been just a few years away from getting models street-certified.

Farthest along, perhaps, are the MIT-graduate founders of Terrafugia, who began innovating “wheels in the air” concepts in 2006. They’ve been pushing their Transition—a light-sport aircraft with road-going capability—to meet FAA regulations ever since, at a cost of more than $3.5 million. Recently, they have also begun developing a car with vertical-takeoff-and-landing (VTOL) capability, a design they call TF-X. Talks of a deal between Terrafugia and Volvo’s parent company Geely, may help the flying-car startup finally get its wings.

But while they’ve gotten the most attention so far from the public, they’re not the only game in town. Slovakia’s AeroMobil came onto the flying car scene in 2010, and has been quickly catching up. While showing off the company’s first commercially available vehicle at the Paris airshow last month, CEO Juraj Vaculik says their latest designs are built specifically to meet normal aircraft and car regulations.

Full transformation from ground to flight mode takes only three minutes. Most of that time involves the automatic deployment of the wings, which fan out like those on an insect. Indeed, with its yellow, black and white paint job, the AeroMobil 4.0 most resembles a wasp. In the air, the two front wheels tuck into the cabin to streamline the fuselage; the propeller hides in the vehicle’s rear when driving. Solar panels on the wings act as a bonus energy supply.

“We already started with the testing process,” says AeroMobil CCO Stefan Vadocz. “The standard certification process for the new vehicle is expected [to cost] in the hundreds of thousands or millions of Euros.” He estimates the tests will take another two years to complete and expects the machine to pass world vehicle crash and operational safety requirements as well as European, United States, and Asian general aviation regulations.

Safety features include the “tub,” as the engineers call the carbon composite housing that envelops and protects the pilot and passenger, and a “recovery parachute” to land the plane in one piece in case something goes wrong in the air.

“The incorporation of advanced restraint systems and crash worthiness will be a significant benefit in both road and air going operations,” Vadocz says.

Seeing what a major obstacle these crash tests are, other companies have found ways around it. “Flying motorcycles,” as opposed to safer cars, are one possible solution. But why bother with the road at all when a VTOL aircraft could pop down and take you just about anywhere? Some places are even foregoing the pilot. 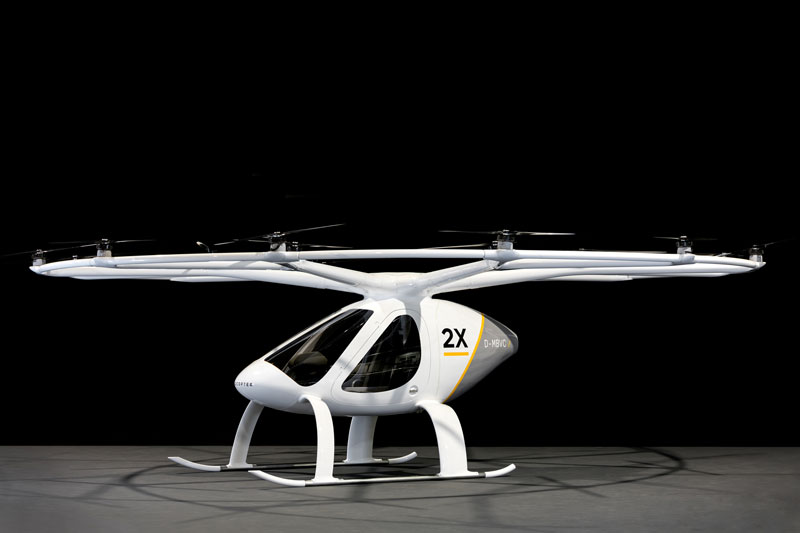 Several companies are vying for Dubai’s airspace after the Sheikh Mohammed bin Rashid Al Maktoum vowed that autonomous vehicles, such as autonomous air taxis, would provide 25 percent of the city’s commuter transport by 2030. Currently, the 18-rotor Volocopter, built by E-Volo GmbH in Germany, is first on the launch docket.

“The German Volocopter company was selected thanks to its compliance with the international safety and security standards, and passing the rigorous standards of the German Aviation Authority,” said Director-General of Roads and Transport Authority Mattar Al Tayer in a statement.

The trial operation of the all-electric Volocopter will begin gradually in the fourth quarter of 2017, but it may be five more years before legislation clears the way for passengers to begin hailing an air taxi from the rooftop of a Dubai skyscraper.

And don’t count out China’s EHang 184, an autonomous passenger drone still considered a top player in Dubai, having conducted many test flights in the city.

As the red tape clears and more companies see a way to make money on flying vehicles, we may finally be close to the futuristic dream of commuting and getting around in the air.