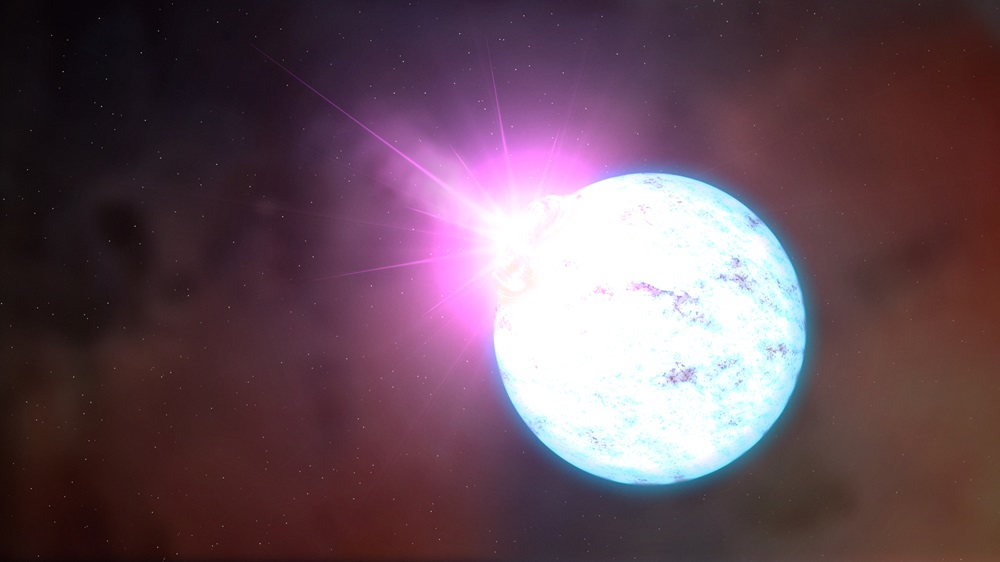 Neutron stars are the remnants of violent supernovas, all that’s left behind when a star tens of times the mass of our sun ends its nuclear fuel-burning life. These extreme objects pack more mass than our sun — about 1.4 suns’ worth of mass, to be more exact — into a stellar remnant about the width of a small city (6 to 12 miles [10 to 20 kilometers]).

These tiny, distant objects get their name from the fact that they’re almost entirely composed of neutrons. But they do contain a small fraction (about 5 percent) of protons. Now, new research indicates these protons may have more influence over the properties of the star — such as its size, its temperature, and its “stiffness” — than previously thought. The finding, published August 13 in Nature, was made by members of the Continuous Electron Beam Accelerator Facility (CEBAF) Large Acceptance Spectrometer (CLAS) Collaboration, which included researchers at MIT, Tel Aviv University, and Old Dominion University.

How can such a small fraction of the material in such a massive object have any sway at all? It’s all thanks to something called short-range correlations. Let’s start simple: In the nucleus of an atom, there are protons, neutrons, and electrons. All of these particles are packed into a limited space. These particles are continually moving — anything at a temperature above absolute zero is moving, in fact, because temperature and energy are related. As they move, the protons and neutrons can come into contact and interact with each other. This process is called a short-range correlation, and it can significantly affect the properties of the nucleus because of the energy involved.

Now, instead of the nucleus of an atom, picture a neutron star. It’s still a packed system of particles constrained into a certain space, but this time the particles are mostly neutrons, with just a few protons, and the space is much larger than an atomic nucleus. The same principle still holds, however — because they are moving, the protons and neutrons can come into contact and interact with each other in short-range correlations, just as in an atomic nucleus.

The final key to the puzzle is the fact that in short-range correlations, protons carry more of the energy than neutrons. “We think that when you have a neutron-rich nucleus, the protons move faster than the neutrons, so in some sense protons carry the action on average,” said team member Or Hen of MIT in a press release. “Even though protons are the minority in the star, we think the minority rules. Protons seem to be very active, and we think they might determine several properties of the star.” 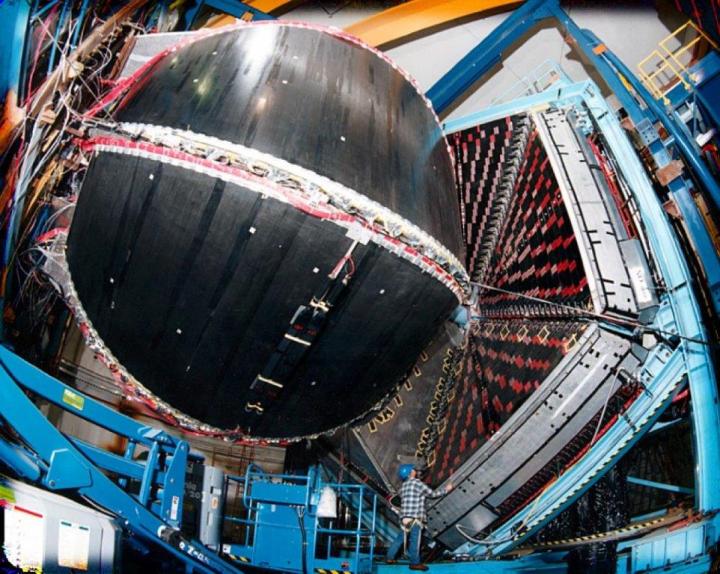 The Protons Have It

Both proton-neutron and neutron-neutron pairs can experience short-range correlations. To determine which pairs are more likely to form in a neutron star — and thus, which pairs have the most control over its properties — the researchers mined data from an experiment run with the CEBAF in 2004, which observed carbon, aluminum, iron, and lead atoms, each of which has a higher ratio of neutrons to protons than the last. In each trial, the team looked for signs of short-range correlations caused by neutrons and protons pairing up.

As the number of neutrons compared to protons went up, so too did the chances that a proton would pair up for a short-range correlation. But regardless of the number of neutrons available, the chances that a neutron would pair up remained constant. This means that the more neutrons are present, the more protons are likely to interact — so it’s the protons that have, literally, the power in neutron stars to affect the overall properties of the object, despite their small numbers.

And it’s likely this trend extends all the way up to objects with neutron densities as high as those found in neutron stars. If that’s true, what does it mean? “We think that the merging of two neutron stars is one of the main processes in the universe that create nuclei heavier than iron, such as gold,” said Piasetzky. “Our study of neutron-rich nuclei indicates that we must reconsider the role played by the small fraction of protons in the neutron star and its impact on the nuclei creation process.”

“This finding may shake up scientists’ understanding of how neutron stars behave,” said Hen.