Citizen Scientists Diving to Study The Mystery of Manta Rays 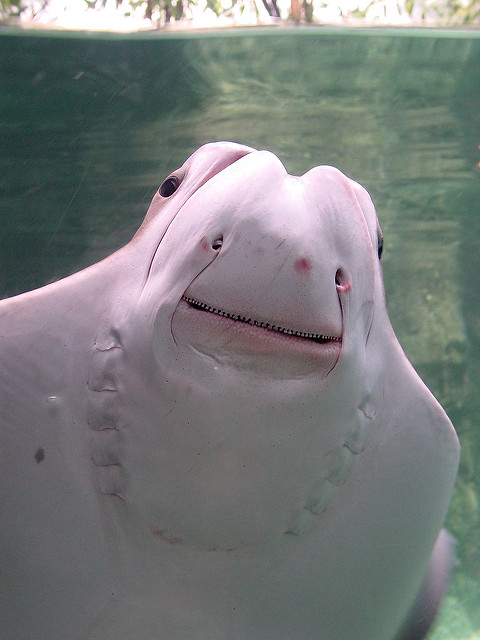 This post is part of our Divers’ series. We encourage readers to continue the conversation by adding their own comments, question or concerns on our Facebook page. You’ll find links to other posts at the end of this story.

Two years ago I rang in the New Year by scuba diving with giant manta rays off the coast of Hawaii’s Big Island. It was a bucket list experience I will never forget and one that introduced me to a new form of citizen science.

That evening, after enjoying a late afternoon dive among sea turtles and tropical fish, my fellow divers and I returned to the boat for snacks and some instruction. Our dive leader went over the protocols for a night dive and reminded us that rays are a vulnerable species that we must not touch.

He also let us know that although they are large animals, very little is known about manta rays, but that this was changing thanks to citizen science programs that enlisted the help of underwater volunteers.

Manta Matcher, a project of the Marine Megafauna Foundation, is one of these citizen science programs.

The project is one of a collection of citizen science efforts that use an online platform called Wildbook to share and analyze data to study wild animals, and it is engaging divers and snorkelers across the globe in the effort to protect rays.

On the night of my ray dive in Hawaii, my fellow divers and I gathered along the ocean floor next to huge spotlights set up to attract plankton that would attract the mysterious animals.

Similar groups of divers, decorated by variously colored tank lights, were scattered in every direction and grabbed craggy rock outcroppings to balance against the rhythmic ocean surge.

As we gazed upward in anticipation, I recalled the suggestion of our dive leader to pay special attention to the markings on the rays’ underbellies. These markings, he said, were as unique as fingerprints and were used by researchers to distinguish one ray from another.

Citizen scientists with Manta Matcher take photos of these markings on the rays they encounter and submit them to the organization along with other information such as date and location, said Anna Flam, Global Manta Matcher Coordinator.

Researchers with Manta Matcher then use a complex algorithm to search their growing database of ray photos to see if there are any matches to the newly submitted photo, she said.

If there is no match, scientists give the ray a new ID. If they do find a match in the database, researchers add the new information to past data to answer questions such as the specie’s life expectancy, migration routes, and regional and global population sizes.

Since its inception in 2012, almost 1,000 volunteers with Manta Matcher have had more than 20,000 ray “encounters” and identified almost 8,700 individual animals.

The effort is important, Flam said, because as recently as 13 years ago there was virtually no research on these filter feeding fish. In fact, until eight years ago scientists only recognized one species of manta ray, but now they recognize two: the giant oceanic manta and the resident reef manta.

Despite their mystery, scientists do know that several factors about manta rays make them especially sensitive to human and other impacts. They have a long life span of about 40 years or more, reproduce very slowly, and migrate great distances.

Some of the many threats that face them include coastal development, climate change, accidental entanglement in fishing gear, and harvesting for their “rakers” gills that some cultures use for medicine, and recent studies show their numbers are declining, Flam said.

Scientists have been able to use citizen science data from projects like Manta Matcher, though, to make real progress on ray conservation.

For instance, one migration study using these data found that reef mantas in Indonesia were traveling from one protected area to another right through a fishery, exposing a hole in Indonesia’s marine parks, Flam said.

“The Indonesian government was fantastic,” she said. “Soon after they learned of this migration they declared all Indonesian territorial waters a manta sanctuary,” she said.

Conservationists also used citizen science data to get reef mantas listed on the Convention for Migratory Species in the 2014, greatly increasing their global protection, she said.

In addition to providing scientific evidence to support conservation, projects like Manta Matcher help protect rays by building interest and support for the animals among citizen scientists and the general public.

The Manta Matcher website is designed like a social media site that showcases the stories of individual rays for a public audience and helps citizen scientists feel connected to the animals they study and see the impact of their work.

But the most potent way Manta Matcher creates support for rays might be the deep connection that citizen scientists feel when they get to spend underwater time observing rays.

“From the first time I saw a manta ray on a dive, I knew they were a special animal,” said Doug Keim, a Manta Matcher volunteer. “Each time I look them in the eye I can almost feel them looking back at me with the same amount of interest as I am looking at them.”

When I think about my New Year’s Eve dive with Hawaii’s giant mantas two years ago, I understand what he meant.

When they suddenly appeared out of the dark that night like speedy spaceships from another world and swooped around us in the illuminating light, I was awestruck by a keen sense of their intelligence and power.

I, too, felt that they were graceful and magnificent and deserving of our curiosity, protection, and respect.

Kristin Butler dedicates her Scuba Series in remembrance of her beloved mother, Marilyn Butler, who passed along to Kristin a deep love for science and nature along with a pair of pink scuba diving fins. Other posts in this series include: Reef Check Underwater Science and From the Stars to the Seas.