China Profits as US Hesitates on Selling Armed Drones 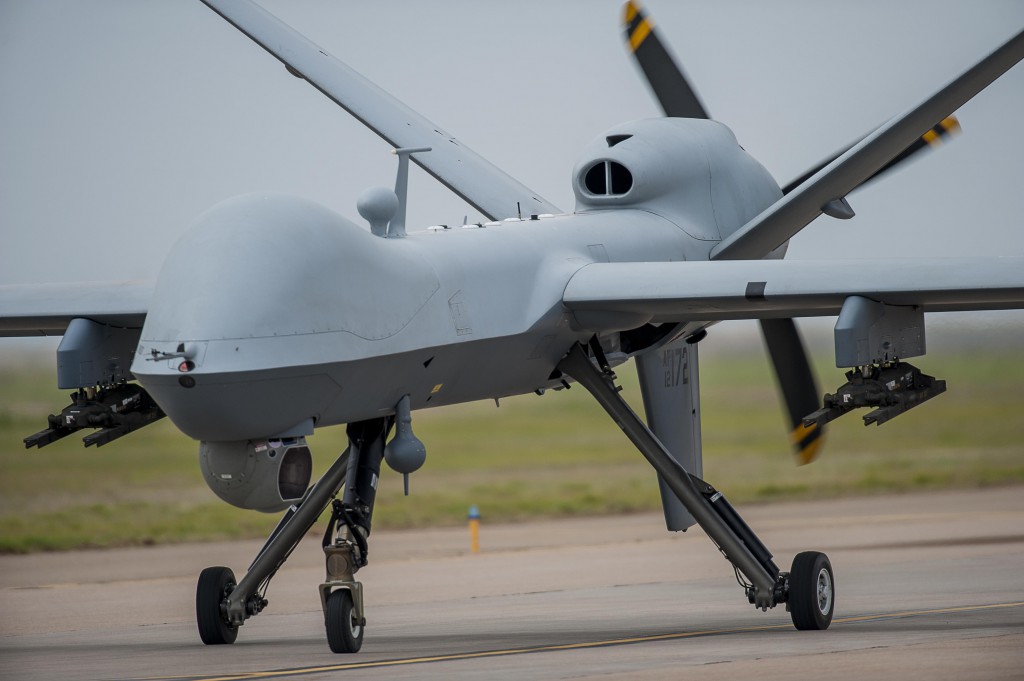 More than 15 years after a U.S. Predator drone launched its first Hellfire missile, the United States remains reluctant to sell armed drones to even its closest allies. That hesitation in selling armed drones has left the door open for countries such as Israel and China to dominate military drone sales across the world. Now the U.S. government runs the risk of losing influence in a world of drone proliferation unless it reconsiders its policy on sales of military drones, according to a new report.

That U.S. reluctance to sell armed drones partly relies upon outdated assumptions based on preserving military drone technology as a unique weapon in the U.S. military’s arsenal, says Paul Scharre, project director for the 20YY Warfare Initiative at the Center for a New American Security (CNAS). In a report titled “Drone Proliferation: Policy Choices for the Trump Administration,” Scharre and his CNAS colleagues argue that use of armed drones will continue to spread across the world regardless of whether or not the United States sells its own military drone technologies. They point out that more than 30 countries already have or are developing armed drones.

“Our current approach to exporting military drones and transparency regarding drone strikes is a bit of a holdover from the world of 15 years ago, when the technology was kind of special and the U.S. had a substantive lead relative to other countries,” Scharre says. “But in 2017, it doesn’t make sense when China is selling drones hand over fist to other countries, including U.S. partners.”

Israel has reigned as the world’s top exporter of military drones by accounting for 60 percent of international drone transfers in the past three decades. But China has taken the lead in selling armed drones and is not far behind in overall military drone sales. The global market for military drones was worth $8.6 billion in 2016 and could grow to $13.7 billion by 2026, according to a recent ReportLinker study. An even more bullish report by Statistics MRC suggested that the global market could surpass $22 billion by 2022.

Unleash the Armed Drones of War

The U.S. government has only approved sales of armed military drones to the United Kingdom and Italy so far. By comparison, China has taken the lead in selling armed drones to countries such as Egypt, Iraq, Kazakhstan, Myanmar, Nigeria, Pakistan, Saudi Arabia, Turkmenistan, and the United Arab Emirates. China has also sold its CH-4 drone–a military drone strikingly similar in design to the U.S. Reaper drone–to U.S. allies such as Jordan, Saudi Arabia, and Iraq.

U.S. reluctance to sell military drones has even extended to unarmed types. In 2014, the Obama administration shut down an attempt by the country of Jordan to acquire Predator XP drones. Scharre and his colleagues describe that decision as “surprising” given that Jordan has previously bought U.S. F-16 fighter aircraft and receives over $300 million in military aid from the United States each year. Rebuffed by the U.S. government Jordan ended up purchasing Chinese CH-4 drones for its military.

In early 2017, China announced a historic agreement to sell as many as 300 of its Wing-Loong II attack drones to Saudi Arabia. It also reached an agreement to open a Saudi production line for the Reaper-style CH-4 drones. Such deals may help China close the sales gap with Israel, which has reigned as the world’s top exporter of military drones by accounting for 60 percent of international drone transfers in the past three decades.

The drone deals between China and U.S. allies represent more than lost business opportunities for  U.S. defense contractors that produce military drones. They also represent a potential loss of influence in shaping the standards of behavior for using armed military drones.

Current U.S. policy on drone sales takes its cue from the 30-year-old Missile Technology Control Regime (MTCR) rather than any specific international agreements about exporting drones. The MTCR’s voluntary framework aims to limit exports of unmanned ballistic missile technologies and similar delivery vehicles that could carry weapons of mass destruction such as nuclear weapons.

Previous U.S. policy has typically restricted sales of drones to other countries based on a strict interpretation of the MTCR that treats drones like missiles rather than aircraft. Such an interpretation makes little sense when the U.S. is willing to sell fighter jets but not unarmed drones to a close ally, Scharre says.

The CNAS report urges the Trump administration to loosen the U.S. policy on selling armed drones by simply adopting a different interpretation of the voluntary MTCR. That way the United States can remain relevant in broader discussions about the legal and moral issues surrounding armed drones and military drone strikes.

“We can place conditions on the use of U.S. drone systems and can train buyers on methods for avoiding civilian casualties,” Scharre explains. “There are sensible measures to put in place where we can shape what the world of drone proliferation will look like.”