Check out this breathtaking view of the Colorado Plateau, as seen from the International Space Station 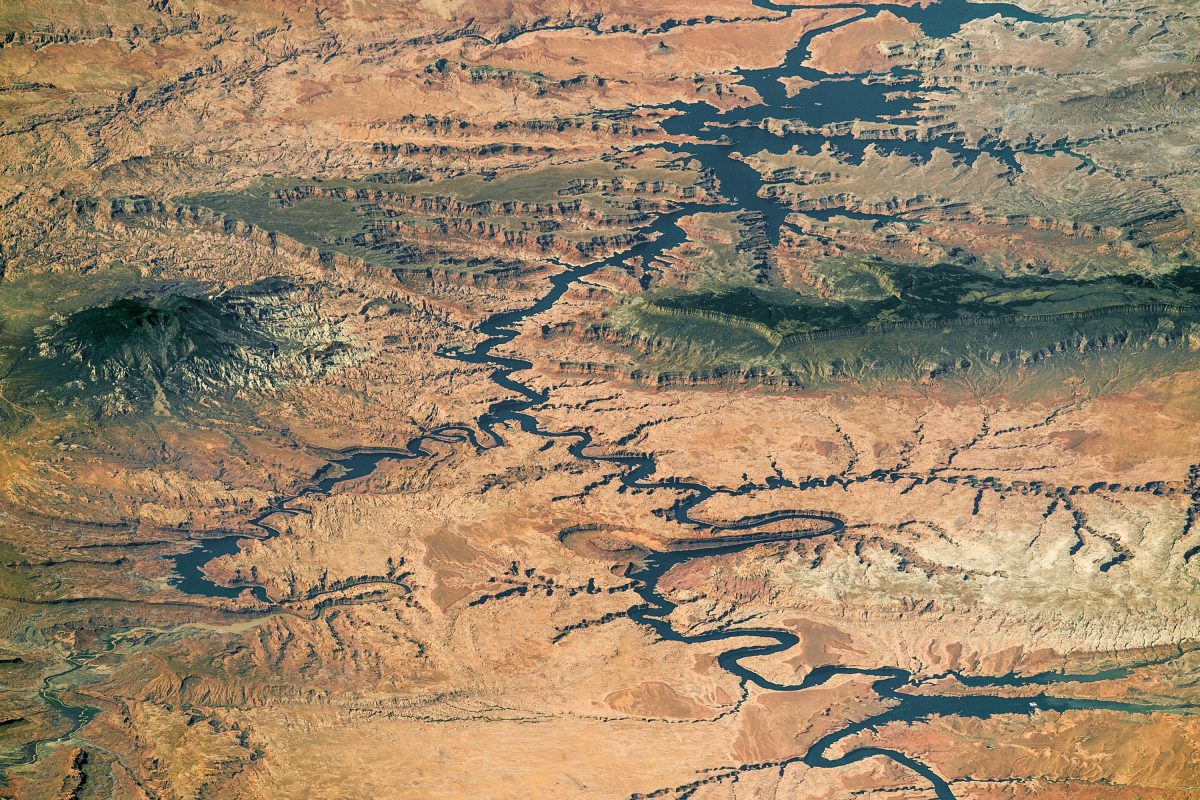 Nearly the full length of Lake Powell on the Colorado River in southern Utah and northern Arizona is visible in this photograph shot by an astronaut aboard the International Space Station, on Sept. 6, 2016. The view is toward the southwest. Water flow is from the lower right toward the top. (Source: NASA Earth Observatory)

When I first spotted this stunning image on NASA’s Earth Observatory site, it stopped me dead in my tracks. It’s a view over Lake Powell on the Colorado River, the second-largest artificial reservoir in the United States, after Lake Mead further downstream.

Almost the entire lake is visible in this photograph, taken by an astronaut aboard the International Space Station last September. I was really struck by the clarity, the color, and the oblique angle at which it was taken. The photograph almost looks like it was taken from an aircraft — not from orbit almost 25o miles above the surface.

Click on the image, and then click again in the lower right corner to enlarge it. You should be able to make out a white structure in one of the blue arms of the reservoir. This is the Bullfrog Marina. Are those little white specks seen in the lake near the marina houseboats? I think so.

Granted, this photo was taken with an 800 millimeter lens — as glass goes, that’s a monster! Even so. Small. Boats. Seen. From. Space… 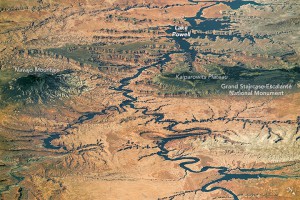 The same image as the one above, with geographic labels added. Click to enlarge. (Source: NASA Earth Observatory)

Lake Powell itself also grabbed my attention. We can see much of its length here — by my reckoning, about 60 miles as the crow flies from where the lake enters the frame at lower right to where it exits at the top.

When the reservoir is at full capacity — which it most definitely is not right now — it impounds 24,322,000 acre-feet of water. That’s nearly enough water to cover the entire state of Virginia to a depth of foot. After many years of drought, however, the lake is only at about 47 percent of capacity, according to the U.S. Bureau of Reclamation. 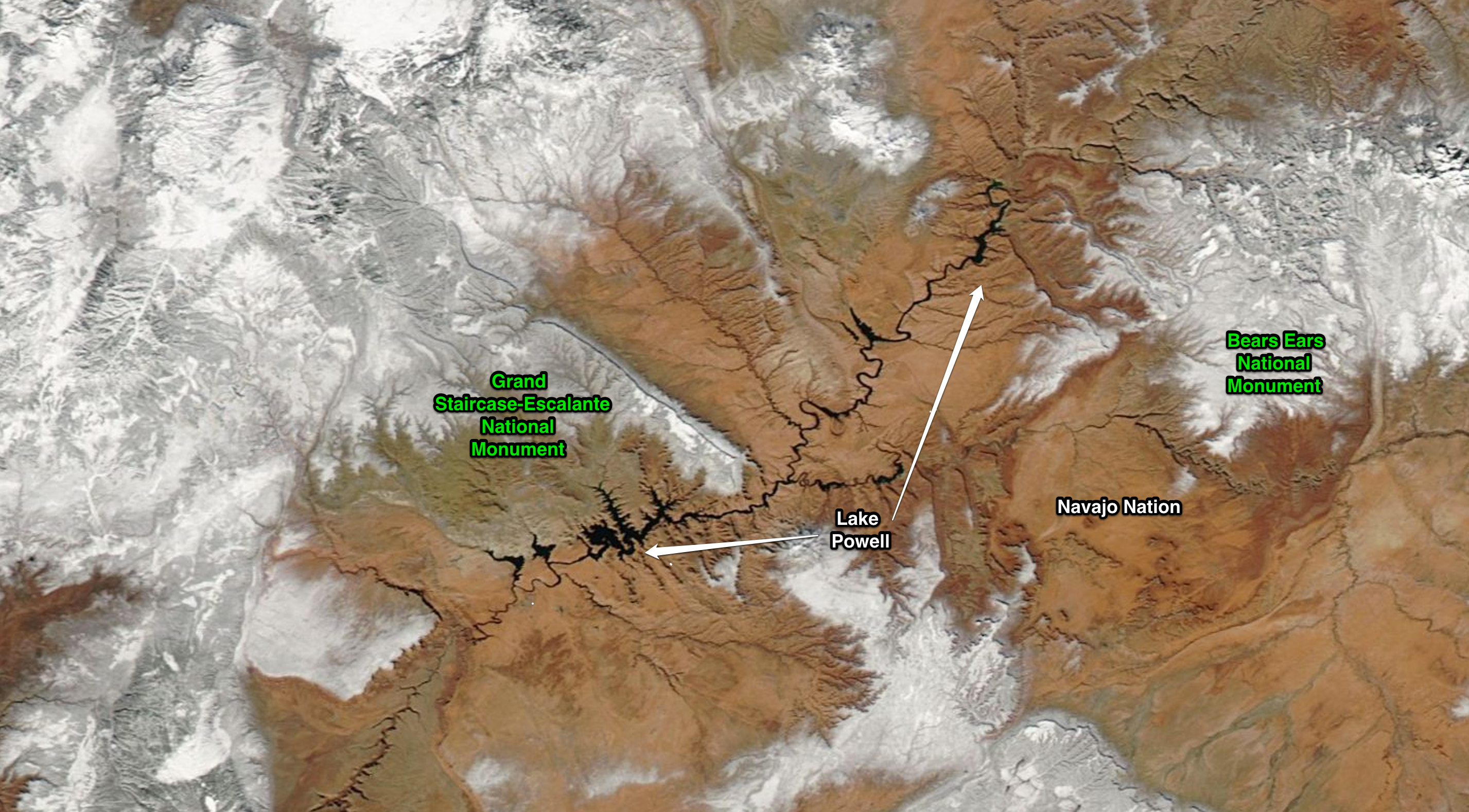 A view of Lake Powell and the surrounding region, acquired on Jan. 31, 2016 by NASA’s Aqua satellite. (Source: NASA Worldview)

Looking on the bright side, however, snowpack in the Colorado River Basin above the lake is at 157 percent of average. Let’s hope that holds through the winter and into the spring.

Lake Powell is named after John Wesley Powell, the one-armed Civil War hero who in 1869 led the first group of white men through the canyons of the Colorado. The group braved rapids in Grand Canyon that threatened to smash their small dories to bits. But before he and his team even reached that point in their journey, they coursed through Glen Canyon — now filled by Lake Powell.

Here’s how Major Powell described what he saw:

Past these towering monuments, past these mounded billows of orange sandstone, past these oak-set glens, past these fern-decked alcoves, past these mural curves, we glide hour after hour, stopping now and then, as our attention is arrested by some new wonder.

Most of that is now submerged under the blue waters visible in the stunning photograph shot by an astronaut orbiting Earth nearly 150 years later.

For more on the journey, and on Lake Powell, check out “A Curious Ensemble of Wonderful Features” on the Earth Observatory site.