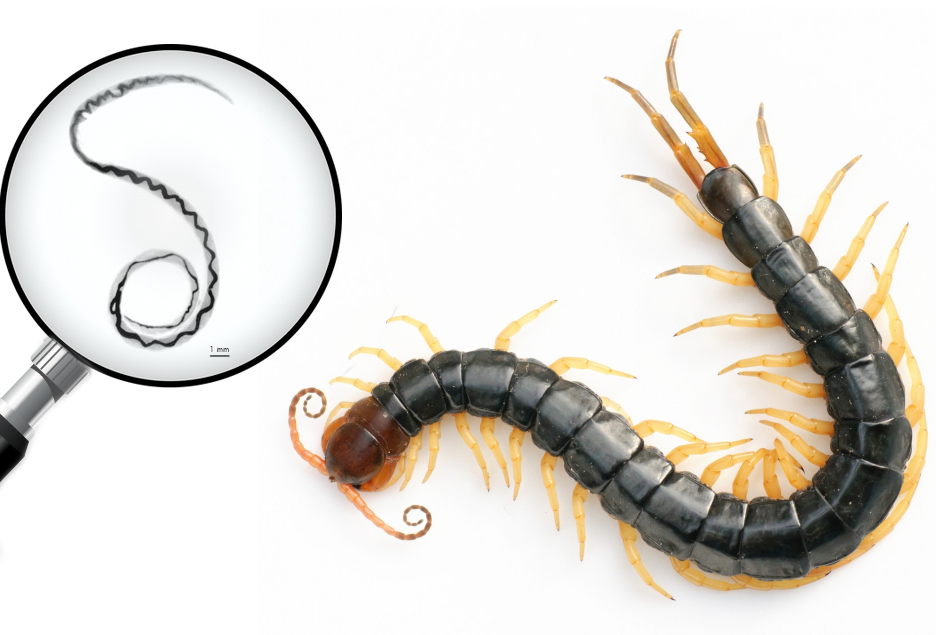 When the 78 year old woman arrived at the hospital, it was clear something was wrong. Sheâ€™d been suffering from headaches and been in a drowsy fog for weeks. So doctors checked her cerebral spinal fluid, and found it was cloudy and yellow instead of clear. It was brimming with white blood cells, indicating an infection. This, alongside a positive antibody test, led to a diagnosis of angiostrongyliasisâ€”an infestation of the parasite rat lungworm (Angiostrongylus cantonensis).

As the name implies, rat lungworms usually set up shop in rat pulmonary arteries. But their complex lifecycle involves spending time in an intermediate host like a snail before making a home inside a rodent. If we happen to eat that infected host before a rat does, they can end up inside us instead, where they can get lost and cause serious infections in other places. The parasites are most dangerous when they make their way into the brain, causing swelling and inflammationâ€”like the woman was experiencing. But the woman hadnâ€™t been eating snails.

A few weeks later, her 46 year old son was also admitted, and he, too, was diagnosed with angiostrongyliasis. Both were cured after a few weeks on an antiparasitic and steroid. But the question remained as to how they became infectedâ€”he wasnâ€™t eating snails, either. But, it turned out, both he and his mother had been consuming raw centipedes from a local market. And that led the doctors to question: could centipedes also carry rat lungworm?The answer, they discovered, is yes.

Thereâ€™s no reason to initially suspect centipedes would host rat lungworm. The parasites use mollusks as intermediate hosts, and they develop from their first larval form into third stage larvae (the ones that infect us) in them exclusively. Centipedes arenâ€™t even remotely closely related to the snails and slugs the worms usually target, and most parasites are pretty particular about their hosts. Things that live in mollusks donâ€™t usually survive in arthropods, and vice versa. 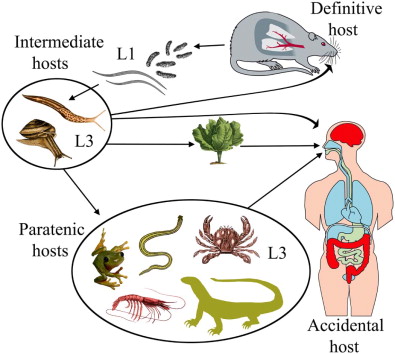 The rat lungworm lifecycle and how it can infect us. Figure from Spratt 2015

But, the worms can at least live for a little while in other speciesâ€”some infections in the past have occurred from eating prawns and other animals that live around the wormsâ€™ usual hosts, which led scientists to conclude lots of species can serve as substitute or paratenic hosts. A worm doesnâ€™t develop further in these less-than-ideal hosts, so it has to be already third stage, but it doesnâ€™t die either. And it can still be passed on to its final host if the substitute host is consumed. So itâ€™s possible that centipedes could also act as substitute hosts. Or they could even be true intermediate hostsâ€”until now, no one thought to look.

You might intentionally eat a centipede, of course. While centipedes arenâ€™t common fare for most in the Western world, they are frequently served as street food or in soups in Chinese and other Asian cultures. Theyâ€™re also dried and powdered for Chinese medicine. But however theyâ€™re prepared, theyâ€™re usually cookedâ€”which kills the parasite. â€œWe donâ€™t typically hear of people eating raw centipedes, but apparently these two patients believed that raw centipedes would be good for their health,â€� explained Lingli Lu, who works in the Department of Neurology in Zhujiang Hospital, in a press release.

But itâ€™s one thing to suggest the centipedes were the source, and another to confirm it. The researchers wanted to detect the parasites inside the centipedes directly. So they bought 20 centipedes from the same market in Guangzhou where the family had purchased theirs (animals that were locally caught in Chinaâ€™s Guangxi Province). They then examined the centipedes carefully before mashing them up for DNA extraction. Since the parasites are tiny and hard to identify to species visually, they used DNA analysis to get a clearer positive or negative result.

And they found them. An average of 56 larvae were found per centipede, and rat lungworm DNA specifically was detected in 7 of the 20 centipedes theyâ€™d purchased.

Unfortunately, the test doesnâ€™t tell us how long they can serve as substitute hosts, even if they arenâ€™t true intermediate onesâ€”which makes it difficult to understand how centipedes might fit into the larger picture of the parasites lifecycle or affect our risk of infection. While rat lungworm is native to Asia, itâ€™s made its way around the world, and has become a big problem in places like Africa, Hawaii, the Caribbean, and most recently, the southern United States (especially Louisiana and Florida). And of course, these areas are also home to centipedesâ€”pretty much everywhere somewhat warm isâ€”so itâ€™d be really great for future research to get a better understanding of how these animals interact with rat lungworms.

But, given the teamâ€™s findings, it seems that regardless of how they end up with third stage larvae inside them, centipedes are quite capable of transmitting the worms to us. So, moral of the story: donâ€™t go around eating raw centipedesâ€¦. Toast them up nicely first. 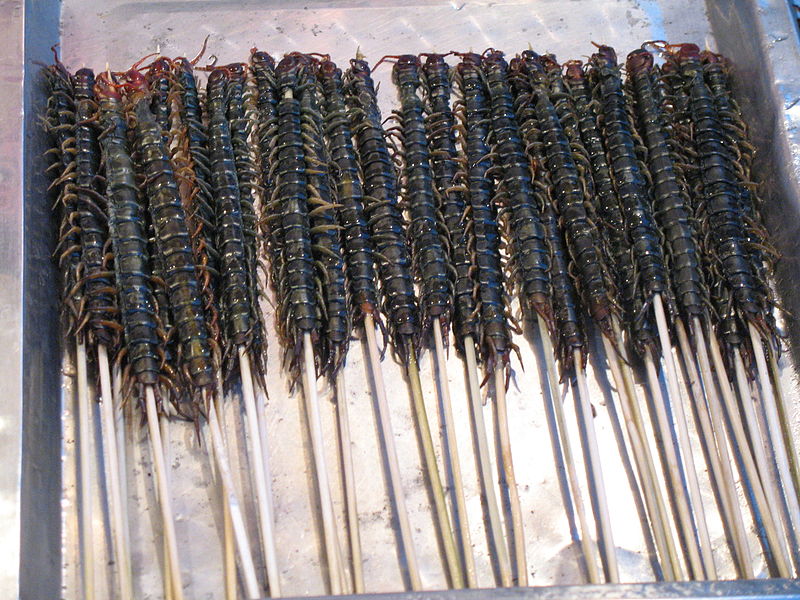