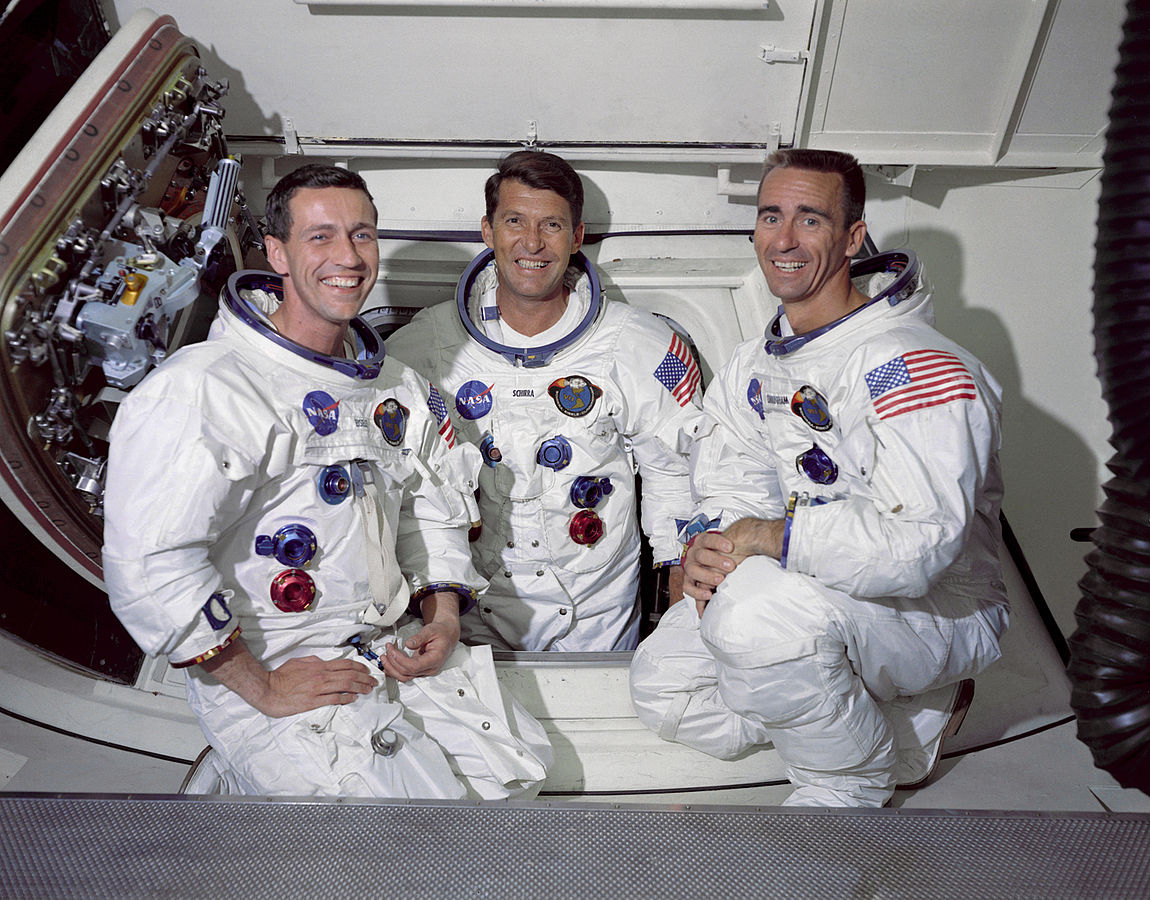 Almost exactly 50 years ago, NASA launched the first crewed Apollo mission into space. The goal was to test the latest spaceship tech, ensuring humans could survive their long trip to the moon, and the expedition also marked the first 3-person American space crew, as well as the first to broadcast a live television feed.

“All primary Apollo 7 mission objectives were met, as well as every detailed test objective (and three test objectives not originally planned),” crows NASA’s special publication, The Apollo Spacecraft – A Chronology. But its biggest impact is another “first” it achieved, one not mentioned in NASA’s Chronology or its Summary Report on the Apollo program: A mini-mutiny of the mission’s crew.

The stakes were already high. When Apollo 7 launched on October 11, 1968, it was the first time NASA sent astronauts into space since a cabin fire had killed the Apollo 1 crew some 21 months earlier. Apollo hardware had proven safe enough in space by itself, but this mission would be a crucial test of new equipment. As a NASA video put it, the mission had to “prove that the spacecraft command and service modules would function properly in space, long enough to carry man to the moon and back.

After a smooth entry into orbit, the crew conducted their equipment testing with only slight problems and minor equipment malfunctions. Overall, the crew never encountered any issues they couldn’t handle. But they weren’t always happy about it.

The Apollo spacecraft had about four times more room than its Gemini predecessors, but conditions were still cramped and uncomfortable. Space food was hardly home cooking, observed Commander Walter Schirra Jr., and its disposal was no treat either. “The waste management system for collecting solid body wastes was adequate, though annoying,” according to NASA’s own description. “The bags certainly were not convenient and there were usually unpleasant odors.” Apparently the three men only used them 12 times during the nearly 11-day trip.

But worst of all, the astronauts got sick. Schirra came down with a severe head cold about 15 hours into the flight, with the rest of the crew soon joining him. And as annoying as colds usually are, space-colds are even worse, since there’s no gravity to pull at and drain mucus from the head. As a result, the Apollo 7 crew had typical symptoms — stuffy noses, dry nostrils, congestion — and little relief.

A demanding work environment does not typically mix well with feeling awful. Reporters soon noted the increasing “snappishness” of the crew in their conversations with mission control.

When Schirra wanted to delay that first-time live TV broadcast so they could complete crucial mission tests, he met with resistance. Deke Slayton back on the ground tried to persuade him to squeeze in some camera time. Schirra would have none of it.

“We do not have the equipment out; we have not had an opportunity to follow setting; we have not eaten at this point,” Schirra said (page 115 of the official voice transcriptions). “At this point, I have a cold. I refuse to foul up our time lines this way.” (The crew did at least seem to enjoy their TV broadcast when the time came.)

An even bigger breach of protocol came toward the end of the mission, and centered on the crew’s helmets. Every previous crewed re-entry and landing, during the Mercury and Gemini missions, required the astronauts to wear their helmets. But Schirra and his crew had been relieving sinus pressure by pinching their noses and blowing; their helmets, new models for the Apollo mission with no visor openings, would make this impossible. They were particularly concerned that the changing pressures during re-entry would wreak havoc with their sinuses, possibly even bursting their ear drums. So they simply refused to wear the helmets. Ground control was not happy.

SLAYTON: Did you conclude you could not get helmets on? Is that the problem?

SCHIRRA: No, we can get them on; we can’t get them off.

SLAYTON: Okay. But the mode we wanted was to have them on without being latched down to the neckring.

SCHIRRA: Deke, I can’t get my hand in there, besides a handkerchief, and we’re not at all safely braced for landing. We’ll evaluate as carefully as we can.

SLAYTON: Okay. I think you ought to clearly understand that there is absolutely no experience at all with landing without the helmet on.

SCHIRRA: And there is no experience with the helmet either on that one.

SLAYTON: That one we’ve got a lot of experience with, yes.

SCHIRRA: If we had an open visor, I might go along with that.

SLAYTON: Okay. I guess you better be prepared to discuss in some detail when we land why we haven’t got them on. I think you’re too late now to do much about it.

SCHIRRA: That’s affirmative. I don’t think anybody down there has worn the helmets as much as we have.

SCHIRRA: We tried them on this morning.

SLAYTON: Understand that. The only thing we’re concerned about is the landing. We couldn’t care less about the reentry. But it’s your neck, and I hope you don’t break it.

The crew did end up not wearing the helmets, and were just fine.

But their insubordination did not go unnoticed. None of the three crew members ever flew in space again, and while every other Apollo mission crew immediately received Distinguished Service Medals — NASA’s highest honor — Apollo 7’s crew did not. (They did get them 40 years later, albeit posthumously in two cases.)

As a result of this and another “mini-mutiny” during NASA’s final Skylab mission, NASA began to take more seriously the psychological constraints astronauts face — a focus that continues to this day. If more flexibility, better understanding and improved cold medicine are what it takes to keep crews happy, then they seem small prices to pay to ensure future missions to the moon, Mars or beyond remain mutiny-free.

And psychology aside, Apollo 7 was “101 percent successful,” as NASA puts it, paving the way for Apollo 8’s trip into lunar orbit and, eventually, a successful moon landing with Apollo 11. And Schirra did all right too, even if he never returned to space:  After leaving government work he saw success in the business world, and even became a TV spokesman for Actifed, the cold medicine he took during the mission.