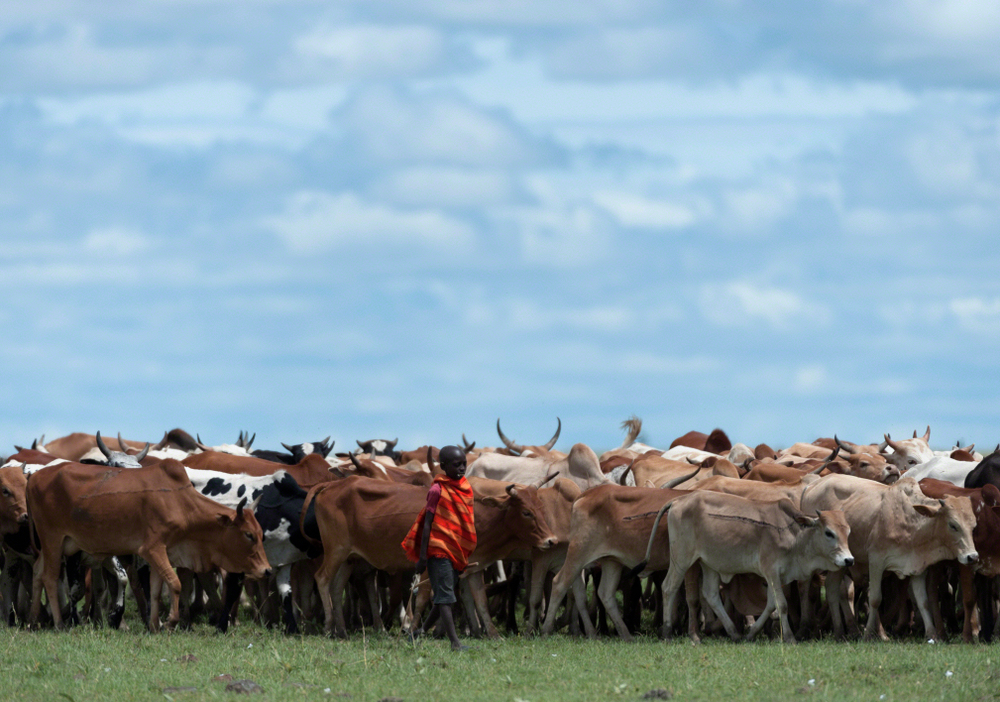 Dung, poop, number 2 — we’ve all dealt with the troublesome solid waste that biological entities produce. But it can have its uses too, beyond just giving sewer planners something to do.

In particular, the use of animal feces as manure has a long and fruitful history. It’s an all natural way to replenish soil after growing crops, and hey, gotta put that stuff somewhere, right?

But it turns out dung has been more fruitful than we expected. Even a seemingly natural savannah, the African grasslands in the Mara-Serengeti, has benefited from the healing powers of animal ordure, produced by the livestock of human herders thousands of years ago. The finding, published today in Nature, not only changes our historical understanding of Africa’s ecosystems, but it also shows that human influences on the landscape aren’t always bad news.

The international and multidisciplinary team of authors looked at soil samples in five ancient pastoral sites in southwestern Kenya, where herders  kept and corralled their animals up to 3,700 years ago. With their chemical and sediment analyses, the team found these sites still have more useful elements in the soil — such as phosphorous, magnesium and calcium — than the surrounding savannah.

The excremental evidence of the herders’ quarry appeared as a “visually distinct” fine gray sediment, about 20 inches below the soil surface and up to a foot thick. The analysis shows it originates from “degraded dung,” and this layer sits atop what the paper labels “sterile loam.” Above it is the modern surface, made up of silty, nutrient-rich loam.

The longevity of the  animals’ deposits is what’s key here. “Our analyses,” write the authors, “reveal that elevated levels of nutrients persist for 3,000 years in decomposed dung at Neolithic herder sites in the grasslands of southern Kenya.” In fact, that longevity may have changed the face of the savannah itself, as a more fertile “hotspot” of vegetation would attract more wild animals, which would deposit more dung, and keep the cycle going indefinitely.

“Biogeochemical data on Neolithic and other East African sites, and ecological and nutrient data from widespread Iron Age and historic sites, indicate that herders have had a role in structuring and diversifying African savannah ecosystems for up to three millennia,” the authors write.

It’s not a crazy idea to suggest that our human ancestors may have reshaped the landscape. Native Americans may have altered buffalo migration patterns with wildfires, and a similar process of dung-related nutrient enrichment likely took place in the Levant. So it shouldn’t be that shocking to revise our view of the African savannah, long considered wild and pristine, as yet another spot where humans (and their animals) left their mark.

The authors also suggest more studies of nutrient enrichment in Central Asia and South America would help gain even better insights into prehistoric herder influences. Apparently those influences can last millennia, and the fact that those ancient pastoral sites remain fertile suggests they’re not always negative.

It’s nice to think that dung, no matter how unpleasant in the moment, may be among humanity’s most positive lasting legacies.