A Survey of Our Secret Lives

Author Vishay SinghPosted on May 21, 2017May 21, 2017Categories Discover Magazine 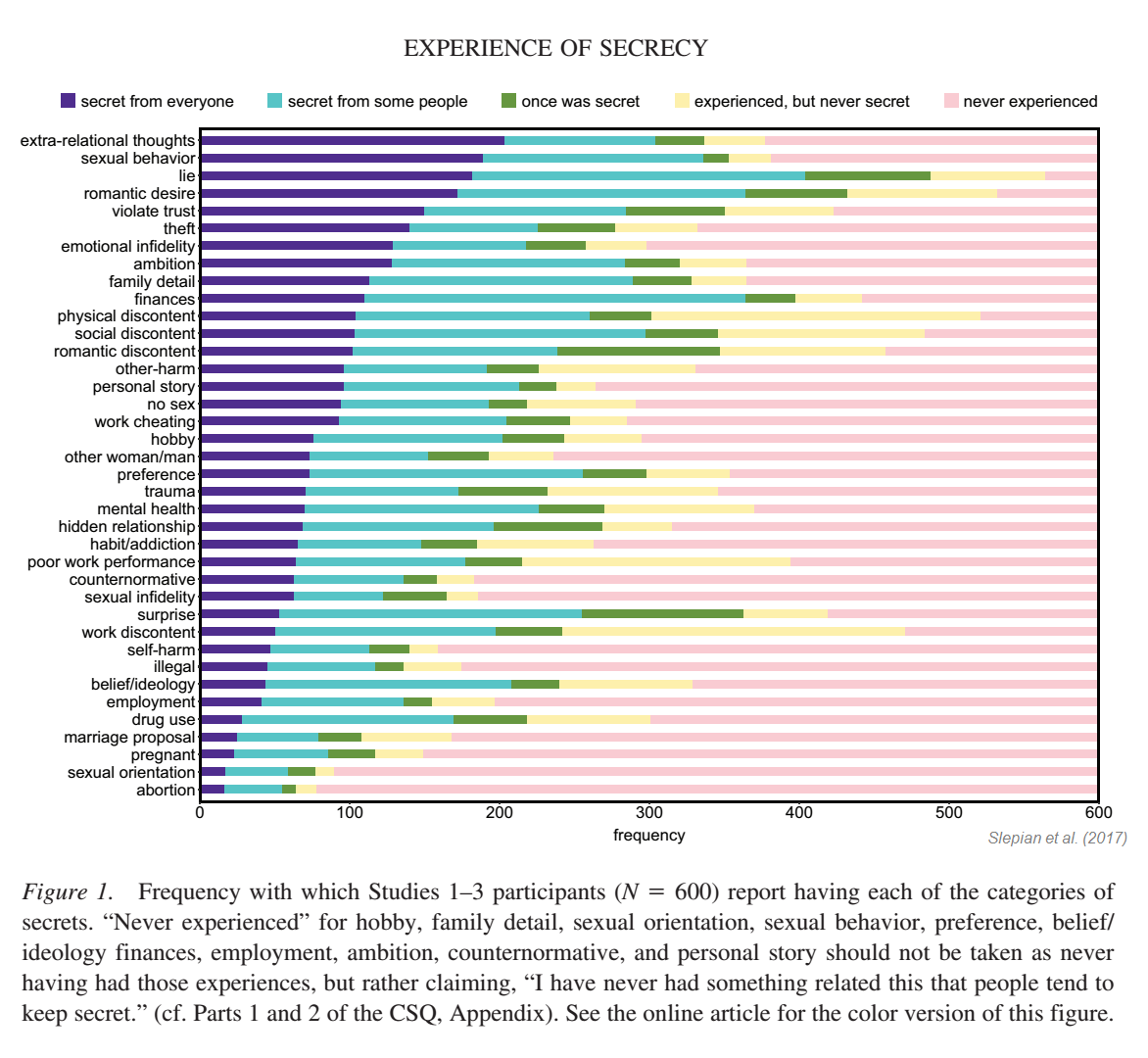 What kinds of secrets does the average person keep? In a new paper, Columbia University researchers Michael L. Slepian and colleagues carried out a survey of secrets.

Slepian et al. developed a ‘Common Secrets Questionnaire’ (CSQ) and gave it to 600 participants recruited anonymously online. Participants were asked whether they’d ever had various secrets, at any point in their lives. The results are a monument to all our sins:

It turns out that extra-relational thoughts – meaning “thoughts about having relations with another person while already in a relationship” – top the list of secrets. One third of people report having such thoughts and never telling anyone; another 20% say that they kept such thoughts a secret from some people.

Other leading secrets included “sexual behavior” and “romantic desire”. One third of participants reported having had a secret of “no sex”, meaning that at some point in their lives they kept their lack of sex confidential.

To check whether the results would replicate in a real-life sample, Slepian et al. gave the questionnaire to 200 people picnicking New York’s Central Park. This group was mainly composed of tourists, from numerous different countries. The results were similar to the online study, although the Central Park group were more likely to have kept things secret only from certain people, rather than from everyone: 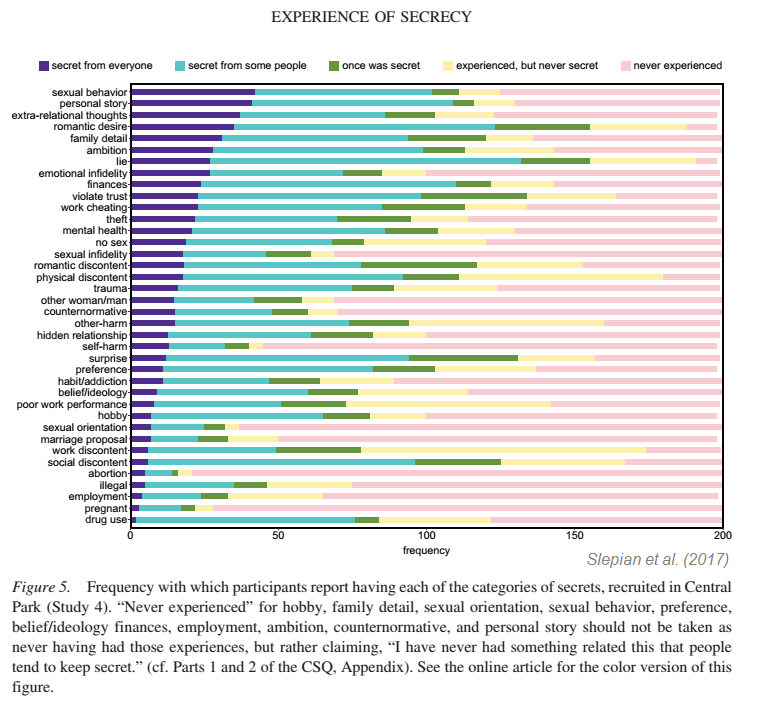 Slepian et al. went on to study various psychological correlates of secret-keeping. The authors conclude that secrets exert an emotional burden, not because of actual acts of concealment, but because of our tendency to mentally dwell on these hidden truths:

People catch themselves spontaneously thinking about their secrets – they mindwander to them – far more frequently than they encounter social situations that require active concealment of those secrets. Moreover, independent of concealment frequency, the frequency of mindwandering to secrets predicts lower well-being.