A Global Effort to Protect Giraffes with Citizen Science

I read once that if you want to keep a giraffe in captivity you have to capture it when it is young because an adult giraffe will fight to the death to be free.

Giraffes congregating in Kenya are caught on camera as part of Wildwatch Kenyaâ€™s citizen science project. Photo by Twiga Walinzi

The story was in the book â€œZarafaâ€� by Michael Allin, and while I donâ€™t think the statement is scientifically correct, I have always appreciated the inspiring imagery that it offers.

There is perhaps no other time in history when giraffes needed such strength of heart and indomitable spirits than now.

In March, the International Union for Conservation of Nature (the body that administers the worldâ€™s endangered species list) listed giraffes as threatened. This means they face extinction in the mid-term unless something significant is done to protect them.

Across Africa giraffe numbers have declined by 40%. In addition, the San Diego Zoo reports that the subspecies of reticulated giraffe populations in particular have declined by more than 70% in the past 20 years, from 36,000 to less than 9,000 today. Habitat loss and fragmentation, land degradation, and poaching have all contributed to these declines.

The issue for giraffes is compounded by the fact that, unlike some of their fellow creatures like elephants and lions, very little scientific information is actually known about giraffes, including exactly what they eat and how many species of giraffe exist.

Without knowing how giraffes live, what they need, or the role they play in the ecosystem, it is hard for conservationists to devise plans to help them.

Wildwatch Kenya aims to change that with a research project that enlists the help of citizen scientists from across the globe.

On-the-ground partners with the projectâ€”community researchers known as â€œGiraffe Guardsâ€�â€”have set up a network of 100 motion-activated trail cameras that automatically take photos of giraffes and other species that walk by. These are at two locations: 56,000-acre Loisaba Conservancy and 800,000-acre Namunyak Community Conservancy.

The cameras have produced over a million photos so far that need to be sorted through. So they are uploaded onto the Wildlife Kenya website and citizen science volunteers scroll through them to count, identify and track the animals they see, including giraffes.

So far, more than 11,000 volunteers with the project have made more than 440,000 species classifications and identified more than 250,000 animals. 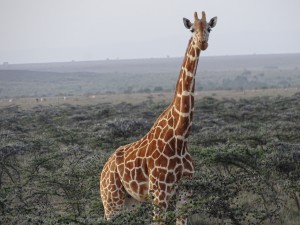 A curious giraffe in Kanya is the subject of Wildwatch Kenyaâ€™s study to better understand this threatened species. Photo by Twiga Walinzi

In addition, Wildwatch Kenya works closely with other giraffe conservation projects across Africa, including efforts to identify individual giraffes from their unique markings or by using collars and satellites to track them, in order to share best practices as well as gain support for the project.

The information they are gathering will allow researchers to better understand where the giraffes travel and live and also which animals share their habitat including livestock and humans.

Want more citizen science? Check out SciStarterâ€™s Project Finder! With 1100+ citizen science projects spanning every field of research, task and age group, thereâ€™s something for everyone! 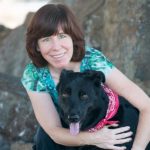 Kristin is a freelance journalist and Outreach and Communications Director for the San Francisco Bay Bird Observatory. She holds a B.A. degree in Political Science from Whitman College and an M.S. in Mass Communications from San Jose State University. Kristin has worked as an environmental reporter for The Argus Newspaper and was a monthly contributor to Bay Area Businesswoman News. Sheâ€™s also directed communications and fundraising initiatives for a number of environmental and youth serving organizations, including Earthjustice and Girls Inc.