Around 250 million years ago, a massive extinction event known as the “Great Dying” wiped out nearly every organism on Earth. Scientists know plants and animals bounced back a few million years later and exploded in diversity, but what about insects? These days they’re the most diverse group of organisms on Earth with estimates of as many as 30 million species.

Now, a team of Chinese researchers describes a collection of bug fossils from 237 million years ago that has the answer.

Insect fossils from the Triassic period are rare, so when fossils popped up in Xinjiang in northwestern China during a geological investigation of the time period, researchers took note. But finding and excavating bug fossils is no easy feat, even if you know where to look.

“Generally, we can only find about 20 insect specimens [in] one day by about five people,” said Daran Zheng, a Ph.D. student at the University of Hong Kong and researcher at Nanjing Institute of Geology and Paleontology of the Chinese Academy of Sciences, who co-authored the new work.

The fossil collection the team describes today in the journal Science Advances took numerous digs at the site in Xinjiang and another in Shaanxi Province over the past 10 years. Together, the team unearthed more than 800 fossils from the two dig sites.

“We try to find some primitive insects that provide windows into the early evolution of some groups,” said Zheng. 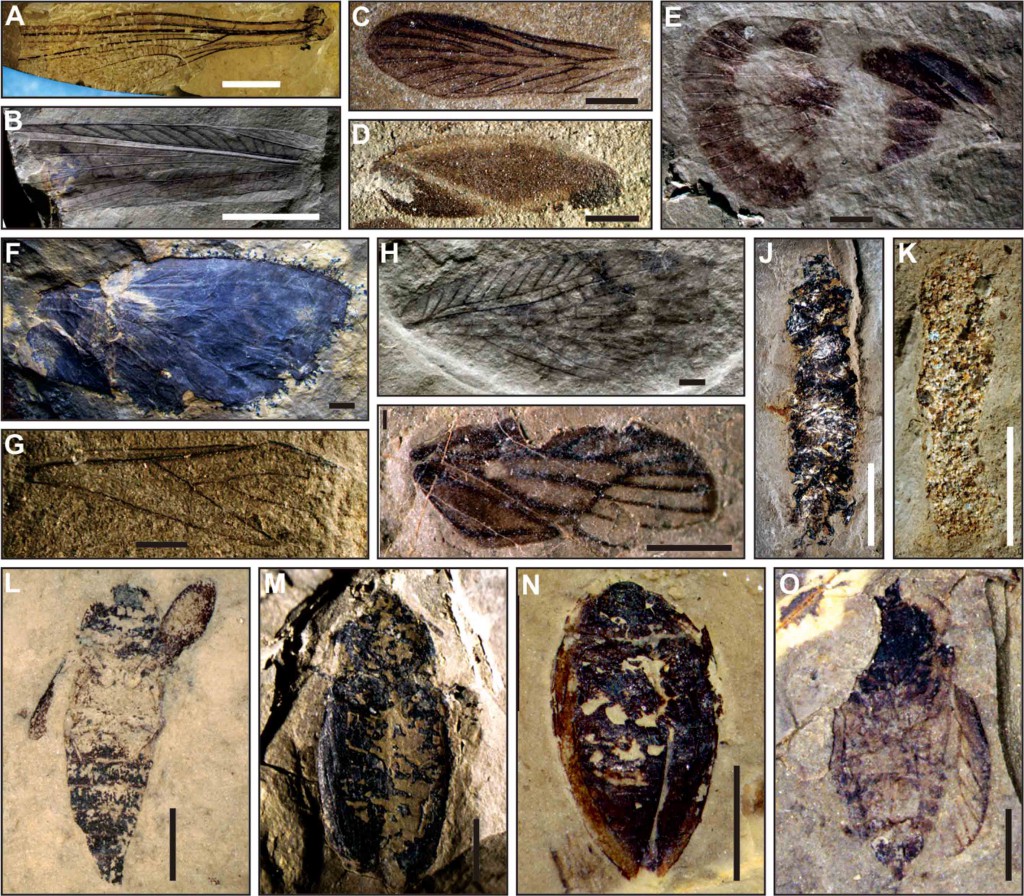 Although the team found insect fossils that span tens of insect families (making their dig sites some of the best in the world to find the greatest diversity of bug relics from the Triassic period), 65 percent of the specimens were holometabolous—bugs that undergo metamorphosis. Besides butterflies, bees, beetles and flies metamorphose too as they transition from pupae and larvae into full-fledged adults.

In their collection, the team also discovered the earliest evidence for aquatic insects including caddisflies, bugs popularly used as fly fishing bait, and the oldest water boatman specimens, aquatic swimmers that live in freshwater and eat plants and algae.

“These aquatic clades now comprise the bulk of modern freshwater biodiversity and [they] developed new herbivore and carnivore guilds that persist to the present day,” said Zheng.

The discoveries leave no doubt that the group of insects that gave rise to today’s bugs exploded in diversity in the Middle Triassic.